Everybody knows the iconic guy in the little red picture. But just in case you’ve been in cryogenic stasis for the past sixty years, he’s Ernesto “Che” Guevara, the murderous Argentinean communist revolutionary and darling of the progressive Left since 1967.

Vlad Tepes and I decided it was time to update the Che iconography to the 21st century and the hip new revolution being waged by the Islamic State. Those ISIS mujahideen are the role models for disaffected young men and the heartthrobs of impressionable young ladies all across the Western world.

Vlad and I collaborated on a new icon for the revolutionary Ummah. It features a guy that progressives the world over can embrace: 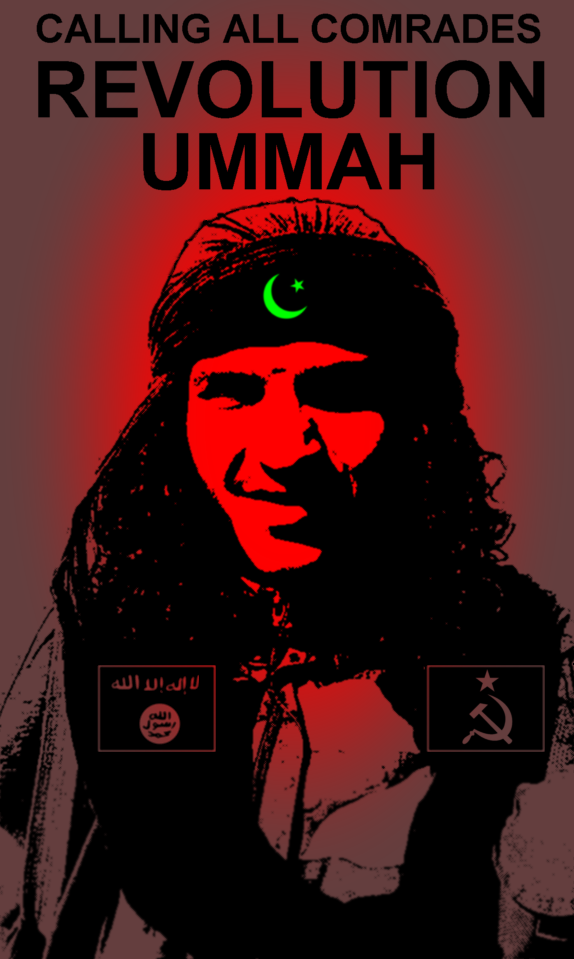 His favorite song? “Tomorrow Belongs To Me”.