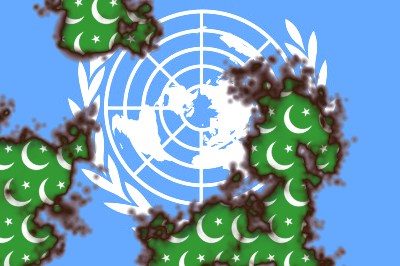 Why shouldn’t Saudi Arabia chair the United Nations Human Rights Council? After all, the UN is now a wholly-owned subsidiary of the Organization of Islamic Cooperation, and the Saudis are the principal funders of the OIC. It’s only fair that the sheikhs of the House of Saud should be the guardians of the world’s human rights.

I hope it happens, because nothing could spotlight more effectively the fraudulent nature of the international “human rights” industry. Even the most feeble-minded observer will realize that the functionaries of the U.N. have nothing whatsoever to do with human rights, regardless of the wording on the gilded signs of their meeting rooms in New York and Geneva. Nothing could do more to vitiate seventy years’ worth of scam and hype.

Many thanks to Oz-Rita for the translation from La Tribune de Genève:

Saudi Arabia covets the presidency of the Human Rights Council

Embarrassment among diplomats, fear and anger among NGOs. The Saudis want to chair the Human Rights Council. 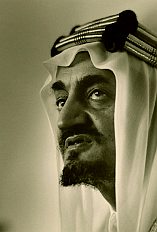 It all began with a rumor that has spread and reached the corridors of the Palais des Nations. Saudi Arabia covets the presidency of the Human Rights Council impossible — unimaginable. However, this rumor is no longer a rumor. Faisal bin Hassan Trad, the Permanent Representative of Saudi Arabia to the United Nations, in Geneva since January 2014, is indeed campaigning in the Asian group to be its candidate for the renewal, which will take place by the end of the year.

Currently, the Council is chaired by the German Joachim Ruecker, whose qualities and commitment are unanimously lauded. Before him, it was an African, the Gabonese Nganella Baudelaire, who was not well-remembered among the NGOs, who were frustrated by his year as president.

The rotation rule requires that the next president of the Council of Human Rights come from the Asian group comprised of thirteen countries (Saudi Arabia, Bangladesh, China, UAE, India, Indonesia, Japan, Kazakhstan, Maldives, Pakistan, Republic of Korea, Qatar and Vietnam). Faisal bin Hassan Trad has a very good chance, and the battle promises to be close. The Europeans will all try to dissuade members of the Asia Group from this choice, considered in advance as disastrous for the IMAGE of the Human Rights Council. [emphasis added]

Arm-twisting by the Saudis

Saudi Arabia is twisting the arms of these other countries to be designated. If they succeed, it will be a disaster for the Council of Human Rights. “This could send us back to the worst times of the former commission who had sunk into disrepute,” says a Western diplomat on condition of anonymity.

On paper, nothing prevents Saudi Arabia from one day presiding over the Council of Human Rights. It is a full member, elected for a three-year renewable term by the General Assembly of the UN. But this prospect is already arousing embarrassment and discomfort among the Council and the beginning of anger among the defenders of human rights.

Saudi Arabia was one of eight countries not to sign the Universal Declaration of Human Rights when it was adopted in 1948. Today, the Saudi monarchy continues to practice an expeditious justice far removed from Western democratic standards . Equality between men and women does not exist, homosexuals are sentenced to death, no religion other than Islam has a place, freedom of expression is a fantasy.

In recent years, the NGOs have repeatedly drawn the attention to the harshness and inhumanity of this regime. “The presidency is important. If elected, Saudi Arabia will have to display greater vigor in support of the Universal Periodic Review (UPR) mechanism,” warns Jean-Claude Vignoli, director of the NGO UPR Information programs. This mechanism, which involves civil society’s passing review of each country, was never Saudi Arabia’s cup of tea.

Pressure on the Asian group

In Geneva, the spokeswoman for Amnesty International, Nadia Boehlen, is falling off her chair. “It is unthinkable!” she sighs. For this human rights activist, it is “totally ironic that a country which so blithely tramples human rights by practicing cruel executions” covets the direction of the body that has the responsibility “to strengthen the promotion and protection of human rights around the globe. “

“It is essential that the Asian Group offer a credible candidate to represent them,” says John Fisher, director of the Geneva office of Human Rights Watch, who keep hoping for the emergence of applications that could prevent the Saudi attempt to get its hands on the Council. Meanwhile, he reminds us that “the president of the Council of human rights plays a key role” in “the promotion and protection of human rights for all.” Enormous pressure now weighs on the members of the Asia group. Some diplomats would have preferred that the approach by Saudi Arabia remain hidden.

30 thoughts on “The Human Rights of Slave-Owners”