The latest essay by our Israeli correspondent MC discusses the necessity for publicly acknowledging that we are at war. 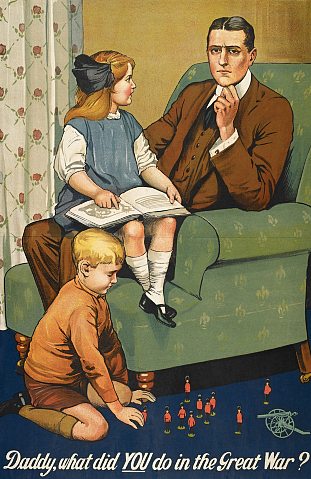 For the past hundred years we have slowly changed the face of war, particularly the run up to war and its aftermath. The result has been disastrous.

In traditional war, there is the lead-up, the fighting and the financial consequences, but in the 20th century there was a slow move away from the traditional ‘occupation’ as a foregone conclusion of the struggle. As a consequence, some modern wars have never really ended.

Take, for example the Arab-Israeli war that is so close to home for me. The roots of this conflict are in the defeat of the Ottoman Turks in 1918 and the subsequent carving up of the Ottoman empire, mainly between Britain and France. The intent of the League of Nations at the time was very clear: the formation of a Jewish Homeland in the designated area (now Jordan, Israel and Judea/Samaria/Gaza) ratified by the 53 nations of the League at the Treaty of Lausanne.

The British apparently had no real intention of creating a Jewish Homeland and immediately, and unilaterally handed 87% of the land to the ‘oil’ sheikhs (what is now Jordan). The Jews of Palestine/Israel have been under pressure ever since Britain who, by example, gave the Arabs (who had mostly supported the Turks) the credibility to challenge the League. They needed no more encouragement to take the ‘law’ into their own hands, a ‘law’ redefined by a consistent propaganda barrage from the usual sources of anti-Semitism (BBC, The New York Times, The Guardian, etc.). 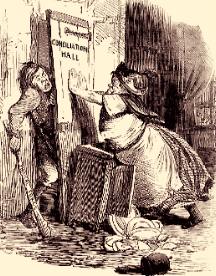 Whenever Israel really wants to end the war and annihilate the enemy, a Western power or two yank her lead. Thus the conflict is never-ending. they call it a ‘peace’ process, but we all know that it is really a (low-intensity) war process.

The failure to occupy and administer Germany following WW1 meant that strong war-like elements in Germany were able to survive and grow in the well fertilized dirt of leftist dissatisfaction and hatred. By 1925 the embryo Wehrmacht was forming and training in the Russian steppes, and blitzkrieg was born. Unlike many Western nations including France, the Germans read and took to heart a book written by the then Lt. Col. Charles de Gaulle about mobile armoured warfare (Vers l’Armée de Métier 1934).

The net result was the gross destruction of Europe at the hands of Hitler and Stalin. The real enemy was socialism, of course, but Western intellectuals failed (or refused) to recognize it, let alone deal with it Indeed, they even promoted the very problem in the wildly idealistic possibility that it could be controlled and used. Socialism is a form of Feudalism where the lives of the peasant classes (everybody except the elite) are controlled without their knowledge by using advanced techniques of ‘soft touch’ mind control and environmental manipulation to induce fear.

This technique requires physical stability but emotional stress and anxiety. One needs to constantly create emotional canards in order to produce the required level of friction and fear; political correctness and multiculturalism, climate change, terrorism, financial uncertainty, unemployment, debt and no doubt other factors as well, plus an ever easier set of delivery systems to keep the common emotional kettle at boiling point.

It is time to give war a chance. We, the West, can declare war against ISIS. We can utterly defeat and destroy it; it would not even be costly. So what stops us?

The cynical answer to this is that the ISIS/Islamist terror is exactly what our cultural Marxist masters want. Petronius Arbiter tells us “if you want peace, prepare for war”, and peace is indeed characterized by a powerful world hegemon. Between the two wars we all prepared for peace, and the more we all prepared for peace, the bigger the actual cost when the war eventually came.

Had Britain and France stood their ground at Munich in 1938 and risked the war, then Adolf would have backed down — 52 Czech divisions and over a thousand tanks plus those of England and France would have been too much for him. Had Chamberlin sent tanks towards Munich rather than worthless paper, he would have saved many millions of lives.

We have spent the last fifty years mostly giving peace a chance. The result is that we are now at war with diffuse enemies who can (and do) strike us at their leisure, knowing that we lack the manly generative equipment to make the appropriate responses. Jaw-jaw, not war-war: who said that? Sir Winston did, but he also knew that you have to pick your time; there is no jaw-jaw unless you are also prepared to also make war-war. Jaw-jaw with no war-war as backup is called surrender.

We are now at war because we want peace at any cost, and the enemy(ies) know(s) it, and more importantly, the enemies within know it too. If we were first prepared to make war on the enemies within, the traitors, those in their domed marble mausoleums and their whited Washington residences, we would make immediate progress against the enemies without.

I cannot write what I really think because others are more vulnerable than I am. But I can say this: the enemy is well-funded, their warriors are men and women of means, they are supported by their sponsors, and they do not lack the financial means to bring the war to their enemy (that’s us). In contrast, the Counterjihad movement is poverty-stricken, mainly relying on volunteers to write and fight supported by their own meagre means.

For this reason alone we deserve to lose. We will each spend thousands on the latest of the enemy’s electronic brainwashing tool, and then blanch at donating a tenner to the cause.

“What did you do in the war daddy?”

“Shhhh, be quiet, dear. Find your teddy bear and put on your burka; your husband-to-be is coming to collect you in 30 minutes’ time.”

“Yes, dear, but he’s also rich and powerful and will give you a better life. Now be a good girl and do as you are told.

Is this what we want?

“Well, dear, I was one of the original ‘Sons of CJ Liberty’. I fought at the Gates of Vienna — you will learn about that at school. Now time for bed, and put out your nice new jeans and a top, we’re going to the theme park tomorrow.”

Today may not look like a war on TV. It may not feel like a war. But try publishing a Mohammed cartoon, and war will come to you very, very quickly, and there may not be a sharp-shooting sheriff there next time.

It is just less of a surprise in the latter.

25 thoughts on “Give War a Chance”