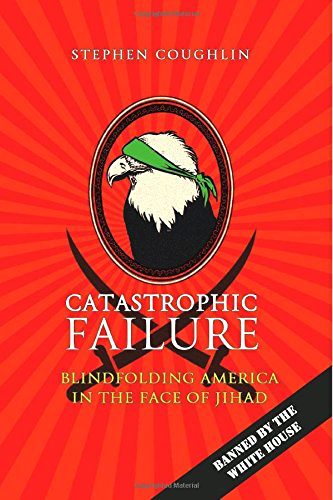 Catastrophic Failure: Blindfolding America in the Face of Jihad

is a project close to my heart. Not that I was ever involved in the actual work of getting Steve Coughlin’s ideas onto the printed page; I was just in the cheering section. Mostly that consisted of watching the long hours the Baron spent helping to convert Major Coughlin’s electrifying briefings into prose, and then discussing with him what he was learning.

The Baron was merely one of the first one to “step on” this project, back at the beginning of the process that created memorable text out of already quite memorable videos. Back in 2009 Major Coughlin’s briefings about the mortal dangers Islam represents to the West were well-known within the national security community; the Baron’s task was to help turn them into a book. Though by now the B is quite far back in the long line of people who helped make this book come to life (many of them far more professionally qualified) it made me so happy to see that Major Coughlin graciously acknowledged those first efforts by the Baron at the start of his book.

Even as he worked to turn briefings into print, the Baron kept telling me how much he was learning from the process, and that it was knowledge he couldn’t have acquired so thoroughly any other way. Without having repeatedly gone over video clips to capture Steve Coughlin’s compelling ideas, he’d never have made so thoroughly his own what Major Coughlin had developed in those talks. What had happened to so many who’d seen those briefings over the years also happened to the Baron: he “swallowed the Red Pill” (heads-up, Matrix fans). Over the years of writing about the real Islam on our blog, there had been many such Red Pills, but the ones that Stephen Coughlin dispenses change your hard-wiring. 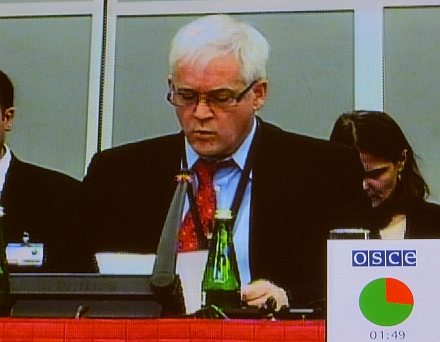 The editorial on the Amazon page for Catastrophic Failure sums up much of what the B told me about Major Coughlin’s odyssey to bring real information about Islam to those inside the Beltway Bubble. After he was shut down by the Muslim Brotherhood, he took his mission to the private sector to make sure the rest of us were given the information that Washington finds so scary [the emphases in the editorial are mine -D]:

After the events of September 11, 2001, Stephen Coughlin was mobilized from his private sector career to the Intelligence Directorate at the Joint Chiefs of Staff to work in Targeting.

Thus began his education in terrorism.

In the years that followed, Coughlin earned recognition as the Pentagon’s leading expert on the Islamic-based doctrines motivating jihadi groups that confront America. He came into demand as a trainer and lecturer at leading commands and senior service staff institutions, including the National Defense University, the Army and Navy War Colleges, the Marine Corps-Quantico, the State Department, and the FBI. So effective were his presentations that some in the special operations community dubbed them “Red Pill” briefings, a reference to an iconic scene in The Matrix. It’s an apt metaphor: Once the facts and doctrines are properly explained and understood, there is no going back.

This was more than our enemies — and, it seems, our leaders — could tolerate.

Beginning in 2011, the Muslim Brotherhood convinced the White House to ban Coughlin and put an end to his briefings. The move was in keeping with shariah concepts of slander that seek to blindfold America to certain realities that render us defenseless against a threat made existential by the very ignorance it gets our leaders to enforce. In times like this — when the White House’s former counter-terrorism strategist can declare it unconstitutional to allow national security analysts to look to Islam to understand jihad — there’s an urgent need to pull away the blindfold so we can see and confront the threat. Such is the goal of Catastrophic Failure. The book, drawn heavily from Coughlin’s “outlawed” briefings, is a comprehensive assessment of Islamic law and doctrine known to form the basis of hostile threat strategies directed against America and the West, the challenges they present, and the ideologically induced breakdown of fact-based decision-making that is nothing short of professional malpractice by our national security elites.

The book has been out for about a fortnight now. There’s one review, a five-star recommendation by someone retired from Special Forces. He says:

If you are an American patriot who, unlike most of our so-called political elites in Washington, still believe in defending our Constitution and exceptional nation against her enemies — both foreign and domestic, then ignoring Major Coughlin’s masterful work will be “To Our Great Detriment!”

Somewhere in this process we realized the necessity for having our own copy of the essential resource for anyone who wants to understand the nature of what we’re up against. Reliance of the Traveller: A Classic Manual of Islamic Sacred Law

is an indispensable guide on a perilous journey. As I’ve said previously, the Koran is Islam’s scripture, but Reliance of the Traveler is their workbook. Reliance is absolutely everything you need to know about Islam and were afraid someone would tell you — though some of the more salacious material is left in the original Arabic so as not to scare the kafir. Look at this review of Reliance on the Amazon page, left there in 2010. Now with 94 comments appended to that review, people are still replying to him. In other words, Reliance is a perennial.

In years to come, Major Coughlin’s Catastrophic Failure will prove to be the same kind of magnet for people deprived of real information and looking for the truth. They will show up on his reviews to encourage others to read this courageous man’s depiction of modern tyranny.

In his briefings Major Coughlin repeatedly referred to the Muslim Brotherhood’s success at infiltration as a “catastrophic failure” for the United States. Those words eventually became the title of the book. They are dismayingly appropriate.

If you’re a frequent reader of Gates of Vienna, the book may sound echoingly familiar. That’s because there was a long gap between his initial work on C.F. and its eventual publication. Thus, when the Baron needed to draw on the Major’s extensive sources, he’d ask for permission, and it was always granted.

Afterword from the Baron: My intimate connection with the production of Catastrophic Failure obviously precludes my reviewing it. However, I will be talking about it from time to time, and I’ll continue to use Maj. Coughlin’s invaluable source references in my own work.

I strongly urge everyone to acquire a copy of this book and take the time to read the whole thing. It is one of the most important treatises of our time.

In his briefings Steve repeatedly made the point that in order to understand Islamic law, you have to learn to think like a Muslim. It’s like acquiring a foreign language — you put aside your habitual ways of thinking and learn to perceive the world from an Islamic perspective. That’s the only way you can fully grasp what we’re up against.

This is exactly what Catastrophic Failure does: it teaches you to understand Islam from the inside.