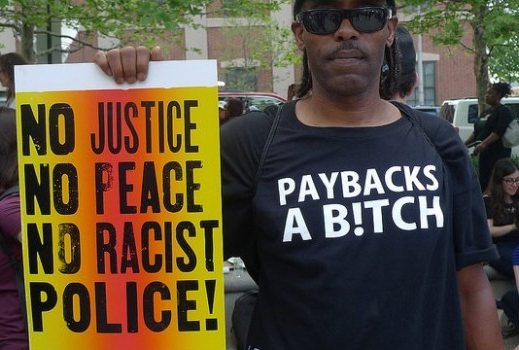 The first section of this post mirrors an essay [with some editing for emphases that aren’t in the original] by one our readers who is also a commenter and email correspondent.

As often happens, others’ ideas push us on to consider alignments of our own that agree with or build on the original hypotheses. Thus the second half of this post will examine further considerations of my own as they pertain to Bill’s novel conjunction of activism with addiction.

Bill adroitly fisks a common problem that began in the 1960s and has flourished in the new decade(s) of the 21st century. What he describes may be inevitable, i.e., the eventual metamorphosis of good-intentions group actions into their ugly eventualities: either a government-bloated bureaucracy that has long since lost its original moorings, or a fraudulent grease machine operated by snake-oil salesmen.

Ann Corcoran has covered particular iterations of the former phenomenon in her accounts of faith-based organizations that were originally designed to help American families through bad times but now exist as grease machines, i.e., searching for ways to remain extant, though they have long since lost their initial genius for charitable acts. Thus have Catholics, Lutherans, Jewish Services, and a whole lot of new groups formed in the wake of State Department initiatives to bring in Third World primitive groups into the U.S. and dump them on unsuspecting communities… with the complicit contracts going to these once-maligned “Faith-Based” groups of GW Bush’s time. You don’t hear Obama calling for their closure any more, do you?

Some of the money goes toward engorgement the growth and development of middle class quasi-government jobs which arrive via this “resettlement” cash cow. Go here to see her listing for Fiscal Year 2014 recipients of grant money…all to worthy groups dedicated to “social justice”… and SJ is merely another term for activism addiction in this field — the Great U.S. Immigrant Influx & Fraud, Inc.

Bill offers some guidelines for spotting the activism addiction phenomenon in general terms; Ann offers the particulars. See if your state is among the ten most active in recruiting and settling immigrants on her page.

Now, on to Bill’s post (emphasis added, and the square-bracket interpolations are my comments).

For alcohol, the end result is the wino, who drinks the cheapest of wine [or lethal grain alcohol] to maintain the high. For drugs, because of their higher cost, the end result is crime or prostitution to obtain the money. [One could do a riff on this with respect to the war on drugs.] Gambling follows a similar pattern, the high being composed of a combination of fear of losing, anticipation of winning, and the suspense during the play. The characteristic of the high in all cases is the intensity of the feelings—the addict only feels alive when high.

Activism at both the personal and the group level is just as addicting as alcohol, drugs, or gambling. In this case it is most similar to gambling; the high is a complex mixture of fear, anticipation, suspense, and the payoff is even more powerful than that from gambling.

Like any of the above, there is nothing wrong with social activism per se, in the sense of trying to correct an injustice. When it is confined to raising awareness of injustice and campaigning for correction, it serves a valuable function in our society. However, it can become pathological quite easily and become an addiction for the participants.

Here is the process:

Social activism starts with a moral stance, one in which the holder considers themselves more correct in their position than anyone else. Kept in bounds this is useful, left to grow, it becomes self-righteousness. The early stages of social activism are accompanied by uncertainty as to the reception, hope for a positive outcome, and feelings of accomplishment just by participating. The real payoff is when the activism accomplishes its goal. Then there is a real feeling of having done something, and underneath it the beginnings of feelings of power. Compared to the routine world, social activism provides an intensified sense of life, with a letdown after it is over.

As long as there is a particular injustice, this process provides a source of intense emotion and feelings of worth. But what happens when the goal is accomplished?

Conservative commentators have noted that the original goals of the civil rights movement have long been accomplished, as well as those of feminism. Having been part of the movements that accomplished those goals, and now no longer having [them as] a source of feelings of self-worth and power, activists will feel bereft [and empty], similar to a hangover or a let-down from a drug high. Activists start looking for any cause they can join in order to feel ‘good’ again and are less selective each time they join. Eventually there is no selectivity at all, just any chance to protest. When an activist reaches this state, he/she is also subject to believing that non-peaceful protest is perfectly valid and is readily led to such behavior.

To provide causes, more and more situations that are simply due to demographics or human nature become objects of protest, simply to provide the opportunity to feel good, where good consists of a mixture of self-righteousness, aggression, and power. These feelings all develop over time with continued success of prior activism. The ultimate form this takes is the attempts at mob rule we have seen in Ferguson, Missouri, and Baltimore, Maryland.
Justice or injustice is no longer based on facts of the situation but on who was involved in what roles.

The preceding description applies primarily to activism as a group activity.There have been observations of the same protesters appearing at gatherings that were many miles apart, even most of the country apart. Some of these have to be agents of organizers, and many are the useful idiots of protest movements, college kids. I have heard and seen accounts by college students of participating at demonstrations, and to them it is almost like a transcendent event. Fortunately most of them grow out of it, just as they grow out of their abuse of alcohol, but some don’t, and [it is these, the ones who fail to mature], who become professional protesters.

Behind all of this are the analogs of the drug lords, the professional agitators, the Jesse Jacksons and Al Sharptons. They find and/or create the situations that they can rouse a protest around. They don’t do it for justice, they do it for power and money just as drug lords do it for power and money. Riots have to be cultivated, in the sense that the people have to be congregated in order for a mob to form. The Jacksons and Sharptons call for the mobs to form. There also has to be a trigger for the rioting to start. It is the nature of mobs that behavior moves through the mob faster than communication. Even in peaceful gatherings it is frightening how fast it can turn into a mob in its behavior, even if the behavior is non-violent.

Unfortunately, just as drug lords will always have customers for their product, so too will the agitators find stooges to carry out their plans, and for the same reason, the stooges, like the customers, are addicted to the resultant feelings.

In former centuries, the great reformers in Christianity were charismatic leaders who saw justice in spiritual terms. They knew it was but one part of a framework of the four essential virtues/habits necessary for any leader to be able to do well by his people. For that matter, “leaders” could be heads of families (husband and wives), village councils, regional administrators, and the heads of religious institutions and orders.

This framework was a template by which any self-proclaimed leader could be measured and judged (despite the Progressive aversion to “judgement” by anyone but themselves using their own limited and politically correct world view).

The four “virtues” necessary for successful leaders were these, below, though they’ve gone out of fashion now, except for the over-used “sense” (as opposed to its actual practice) of justice. In today’s terms, “social justice” has come to stand for a resentful entitlement. Divorced from its other three habits of mind, justice is unthinkingly oppressive, and “social justice” is not something you practice yourself, but a sullen demand of others.

Here is Justice in its proper framework:

A real leader knows there are worse things than dying… and lives with that knowledge in mind every single day. If you are searching for a way by which to judge those who seek your vote, these four habits would be a useful template. For any candidate, ask yourself whether his record, demeanor, and conduct could pass this test.

18 thoughts on “Activism Addiction and the Four Virtues”