As widely reported yesterday, in a commencement address to the Coast Guard Academy President Barack Hussein Obama told his audience that their most pressing and important challenge would be “climate change”. Our German translator JLH has managed to obtain the prepared text for Mr. Obama’s speech, and presents it below.

Update: Yes, this is a spoof. 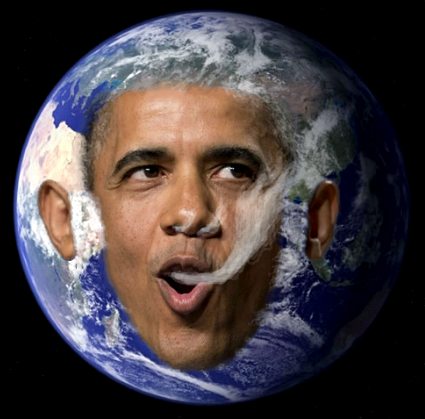 Ladies and Gentlemen and Transgender(wo)men of the United States Coast Guard Academy. This commencement ceremony will launch you on a crucial mission for your country, Whatever else you may have been told, the greatest danger you are about to face is Global Warming/Climate Change/Weather Terrorism.

By taking your place in this historic service, you have committed yourselves to uphold our policies in regard to the hostile environment created by capitalism and good living. My administration has prepared for drastic action against this threat. We have drawn a red line along both coasts. If any element (no pun intended) of Climate Change advances even one foot across that line, you will be asked to use all reasonable means to repel it.

If, at any time, it appears that we are losing this battle, let me assure that it is just the normal ebb and flow of humanity trying the control the environment.

The evacuation plan, if needed, is code-named: WaCaMGAF — Women and Children and Members of Government Agencies First.

You have no idea (really) how proud I am to address you today.

7 thoughts on “A Red Line Along Both Coasts”