Our German translator JLH has jumped the fence again. This time he has wandered into a thicket of poetic delirium rife with uncannily familiar cadences… 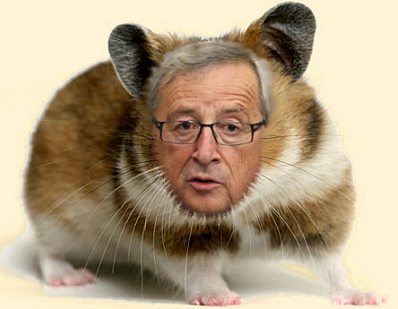 With apologies to Edgar Allan Poe

Close upon a midnight dreary, as I pondered bleak and bleary
On whether my euro bond investments would sink or soar,
Though the hour was not quite witching, suddenly there came a scritching,
As of something softly scritching, scratching at my chamber door.
“It’s just some wayward kitten, scratching at my chamber door.
Only that, and nothing more.”

And to mind I still can bring, it was a long and Arab Spring,
With a plenitude of rape and killing, on not-too-distant shores.
Now the scratching was not gone, but scritched and scratched and on and on
Until I could not bear the tension of the scratching at my door,
So I strode across the floor and opened wide my chamber door,
And then went rigid to my core,

For, as the door was opened wide, something little slipped inside
And splished and splashed and left a trail across the parquet floor.
So I turned about in seeking what was there, and heard a squeaking,
Eeking kind of speaking, rising up from far below upon the floor.
And there a hamster dripping, dropping, seeping puddles on the floor,
With a face I knew I’d seen before.

The council president of the EU! “Your Grace, Your Honor, so nice to see you,”
I said to the dismal, dripping little creature on the floor,
“but how are you the wight I see, and where have you been ere visiting me?”
“In your bushes, in the drizzle, when it really began to pour,
Under a spell by Le Pen or Farage or someone else to settle a score.
Oh, the misery I bore!”

And as he squeaked, or spoke or… squoke — in a voice that often broke,
I feared that he had caught a chill and maybe even something more.
“Dear Sir, you’re palpitating, and the rain is not abating,
So allow me to share my fire with you and whatever is needed more,
And when the sun appears again it will be as it always was before.”
Squoke the hamster: “Nevermore!”

“Oh, sir, I admit that it is pelting and we are certainly not melting,
But we have known cold rainy Springs and never missed a Summer before.”
“Do you not read le Monde, you ninny?! Turn on BBC and get the skinny?!
The rain will stay, the heat will rise, the poles will melt and flood the shore.
And carbon-belching mankind will avoid the result that we deplore,”
Squoke the hamster, ”Nevermore!”

I said, “Does it not make you queasy, that the science is so sleazy,
Modeled on assumptions that there is no compelling evidence for?”
“Do not,” he said, “test my mettle! The science, as we all know, is settled.
Just ask the experts: Obama, NASA, the ineffable al-Gore!
Coal-burners have taken away the penguins’ icy shore,”
Squoke the hamster, “Forevermore.”

“But we shall have our retribution with the coming Green revolution,
And the mighty euro will eclipse the Yankee dollar more and more.
If we can just convince the Krauts that that’s what teamwork’s all about,
Then we will squeeze the Greeks until they shriek: ‘Not one drachma more!’
And Brussels will run Fortress Europe from Transylvania to the shore,”
Squoke the hamster. “Forevermore.

“True Europeans are only satisfied when in the presence of a guide
Who can show them what they must love and, more important, must abhor:
Can send them in their minds a-creeping, after untoward thoughts a-peeping,
To find even one Islamo-Lefto-Communophobic Politically Incorrectitudinal spore.
If not to tell you how to think, then what is government for?”
Squoke the hamster, “Nothing more!”

“But surely, my good sir,” said I, “Each nation’s rights and freedoms must apply.”
“Booshwah!” his squeaky falsetto fluted in fluent Belgian off the floor.
“The offspring of these ethnic louts will mature in time as Brussels’ sprouts.
‘All for one and one for all’ just means that one gets all one can, and more.
If not for profit of the rulers, then what is government for?”
Squoke the hamster, “Nothing more!”

“And if some country would expel an immigrant come straight from Hell,”
I asked, “have they no right to show a trouble-maker to the door?”
“You cannot always have your druthers, if Strasbourg’s court rules for the others —
Some human rights are more equal than others, and what’s a little bit of gore?
So some white is bloodied up because he’s a democratic bore.
Just call the cops and then you’ll really get What-For!”

Now, as I pondered, growing leery, this angry rodent grew quite teary,
And his bathos seemed to radiate up at me from the floor.
“Almost everyone’s in line,” he whined, “that we need a Palestine,
Except these (expletive) Islamophobes, and they object — whatever for?
I am so very riled by these Semitophiles, who want to destroy the Arabs I adore.
They are hooligans — nothing more!”

I said, “You call them ‘hooligan,’ because they will not play the fool again.
And salaam to accept sharia like the Thousand-Year-Reich before.”
He hissed “Multiculture is no whim, and the Prophet (Peace Be On Him)
Will bring us light, sweet crude, and slaughtered food we’ve never had before.
We’ll be like the naive savages when Cortez went ashore.
And stayed, Forevermore.

“The Moving Finger writes, the Prophet declares — and then goes on to other affairs,
And all your piety and wit can’t stop it from writing even more.
They come to us across the sea — the masses yearning to live for free.
We must be kind — if not, then blind — and welcome them to our shore.
We special few will greet our rulers, as we always have before,
And after that, there is no more.”

On a plinth near the chamber doorframe, stands a bust of Timur the Lame,
To the top of which in one great jump this mite leapt from the floor,
And wrapped himself around the brow of the conqueror — I’m not sure how…
Timur’s gaze was dead, reflecting piles of heads he used to show the price of war.
And now, his progeny will spawn among us and we will be no more,
No more, no more.

Alas, that hamster still reclines — all thoughts of leaving he declines —
Like a maledicted rodent from some demon-haunted shore.
Curled on top of Tamerlane’s bust, he’s even begun to gather dust.
As the TV’s luminescence casts his flickering shadow on the floor,
Our poor world from out that shadow that lies pooling on the floor
Shall be lifted, Nevermore.