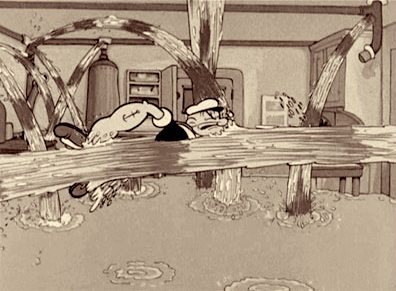 Today is the opening day of Gates of Vienna’s 2015 Spring Fundraising Week.

To readers who are new to this blog: for one week each quarter we appeal to those who find our work useful (or even just entertaining) to visit tip cup on our sidebar, as the spirit moves them. In this way we manage to eke out a living blogging the Counterjihad.

The theme of this week’s bleg is “Stories” — that is, any yarns that Dymphna and I feel like telling, as long as they include a coherent narrative. Which leaves us a lot of latitude. And suits us just fine, because both of us are inveterate storytellers, as attested by the frequently upward-rolling eyes of our close friends and family members.

My opening story for the week will help explain why we are pushing y’all so hard this quarter. We’ve got a good reason to bang hard on the tip cup with a pencil — or maybe with a pipe wrench; that might make a loud enough CLANG.

It all started more than a month ago, just after the last hard freeze of winter. Dymphna discovered an infestation of black mold in the back bathroom, and I went in to investigate it. This is the bathroom in the “new” section of the house, part of an addition that was put on more than twenty years ago to accommodate my mother-in-law, who lived in it for the last part of her life. While I was examining the mold, I noticed a noise coming from the crawl space underneath. It sounded suspiciously like — gulp! — water running. I went outside and opened the crawl space cover, and sure enough, there was an immense pool before me and the sound of water trickling somewhere further back.

After an emergency visit by the plumbers the following day we learned that we had several leaking pipes, which had obviously been leaking for quite some time. Our crawl space has a vapor seal, which means there is a layer of plastic between the house and the ground, so we had acquired quite a swimming pool down there. Hence the black mold in the room above.

To make a long story not quite so long, the issue was a particular kind of plastic water pipe called “Quest”, which was popular with contractors about twenty years ago. Those pipes are now experiencing the same kind of problems almost everywhere they were installed, provided that they carry hard water. Which our pipes most certainly do — we live in Red Clay Country, and our well water is so infused with iron pyrites that we have a filter on the kitchen tap that has to be replaced periodically. We use it for drinking water (mainly for the taste; as far as I know the iron is harmless) and to avoid a rapid buildup of scale on anything that heats or evaporates water.

Those Quest pipes had copper fittings, which tend to become corroded by hard water and eventually start to leak — or even break, but we’ll get to that later.

The plumbers replaced enough of the bad pipes for a temporary fix, but advised us that we really might want to replace the rest of them, rather than continue to suffer through serial leakages. The Quest pipe needed to be pulled out and replaced with something called “Pex” (if I’m spelling that right), which uses brass fittings rather than copper. 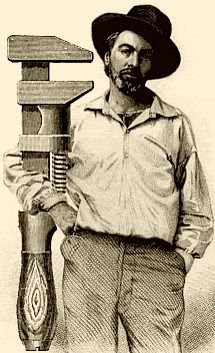 The company owner came out a few days later, went through the crawl space, looked at the above-the-floor pipes, and gave us a figure for replacing all of the Quest. It was, needless to say, a hideously large amount of money. So we tacked a few other things that needed to be done onto it, given that the plumbers had to tear up the house for three days, anyway.

The work was scheduled for this past week, beginning on Wednesday. That meant almost a month on the temporary fix, but we thought we’d be all right for that long.

The gods really enjoy toying with us insignificant little human-type creatures. On the morning of Sunday April 12 — three days before the work was scheduled to begin — I was standing at the kitchen sink making coffee when I heard a faint but distinct “clunk” somewhere underneath the house. It sounded suspiciously like it might be — gulp! — pipe-related. Then, a minute later, I turned the handle on the faucet and a very thin trickle came out, which immediately thinned even further. I hurried outside, pulled off the crawl space cover, and stuck my head inside. Sure enough, I could hear the merry sound of water chuckling somewhere under the back bathroom. I cut the pump breaker off and called the plumbers for another emergency visit the following morning. No water for 24 hours.

As I had expected, one of those $#@?!&%! unreplaced Quest pipes had popped completely off and drained the system into a new swimming pool. Another temporary fix, and pray that it would get us by for two days until the Big Fix.

The plumbers arrived early on Wednesday morning. They were very efficient, and the work went more quickly than expected. That afternoon the new pipes were in place, and they cut the pump on so that we would have water overnight. However (sound of those sadistic gods laughing), the stress of all the recent troubles had delivered the coup de grace to our pump and the pressure tank. The pump ran constantly, but the pressure never rose to normal, and there was only a thin stream coming out of the taps in the house.

The Big Boss Plumber came by again to assess the situation and determine what needed to be done. There was no help for it; the water had to be cut off again overnight.

And now we come to the funny part of this story: you see, that pump was the new pump, and that pressure tank was the new pressure tank. From my geezer point of view, that is. I mean, I clearly remember when that new pump was put in, and the old pressure tank developed a pinhole in the diaphragm and had to be replaced. It wasn’t that long ago, was it? Well… Yes, it’s true that the future Baron was no more than a rug rat at the time. But still…

Twenty-five years old is still “new”, isn’t it? Isn’t it?

So we had to have a new pump and a new pressure tank, too. Watch those wingèd dollar bills flying away over our heads! See those moths fluttering from our now-empty purse!

But the job is at last complete. We now have water pressure like we haven’t seen for ten or fifteen years. A shiny new valve in the kitchen sink that doesn’t drip. A new faucet at the well house. Various other odds and ends of plumbing that needed to be done, and are now done.

All of the above is why Dymphna and I are poor as church mice at the moment. It’s also why have to plead extra hard during this bleg.

But the good news is this: thanks to the amazing generosity of our readers over the past few years, we were able to put aside a little — not a lot, just a little — every quarter from the donations you so graciously gave us. Thus, instead of a series of temporary stop-gap fixes that would leave us with a permanent swimming pool in the crawl space and no real sense of water security, you enabled us to meet the recent plumbing emergency with a proper response.

For that capability, we owe an immense debt of gratitude to regular readers of Gates of Vienna.

A final note: As always, we will send a tenth of the amount donated during the fundraiser to Vlad Tepes. Vlad’s video work is invaluable to this blog — without it we would lack the breadth and reach we have established over the last six or seven years. For that reason, we tithe to him.

18 thoughts on “Stories: In This Case, About Water”