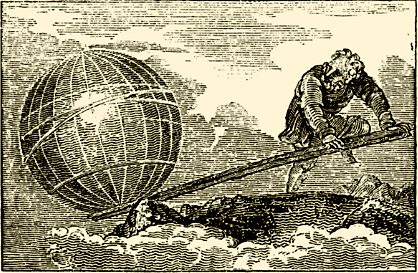 Today is the second day of our quarterly fundraiser. As I mentioned yesterday, we’re pushing extra hard this week, due to straitened financial circumstances arising (mostly) from a series of domestic plumbing disasters.

I recognize that we’re not the only ones experiencing hard times. Plenty of others, including some of our donors, are facing the same sort of squeeze. That makes it especially heartening when someone who barely has two nickels to rub together is willing to drop one of them into our tip cup. It serves as encouragement for Dymphna and me to persevere in our chosen vocation.

And those nickels add up. A couple of years ago I learned the word “crowdfunding” when a commenter identified it as the process we use to finance this blog.

When the crowd becomes large enough, all those little bits form a big enough pile to pay for computers, DSL, hosting fees, etc., and leave enough left over to save up for plumbing catastrophes like the one we faced last week.

So we owe this crowd a great debt of gratitude. Many thanks to everyone who chose to chip in.

The theme of this week’s fundraiser is “Stories”, which gives us a chance to run off at the mouth (or keyboard) about whatever strikes our fancy.

I’ve got an old gladstone full of hippie stories from my misspent youth, but most of them are too dissolute or ribald to relate in a family space such as this one. Besides, when you come right down to it, they’re generally pretty stupid. They just don’t seem as entertaining after three decades or so of being straight.

The true story below is an exception. It’s an uplifting tale of youthful exuberance and applied science with a happy ending. Who could ask for more?

In the winter of 1975-76 two of my friends (who are now married) were living together in the wilds of West Virginia, and four or five of us suburban hippies would drive up to visit them on weekends. You know, to get back to the land, groove on Mother Nature, etc. etc. And maybe drink a couple of bottles of wine and play charades in front of the fireplace in the evenings.

One Sunday morning six of us — four guys and two girls — piled into a car and headed to the nearest town for brunch and caffeine. We had no thoughts about church in those days, but some of the local residents did. On our way down one of the narrow lanes we encountered three middle-aged ladies who had dropped a rear wheel into a ditch while backing out of their driveway on the way to church. It was a rear-wheel drive car, and they were just sitting there, futilely spinning the other wheel in an attempt to get moving.

Well, we may have been hippies, but at least two of us had been in the Boy Scouts, and our Boy Scout training required us to help ladies in distress. All six of us piled out of the car, got in front of the other car, and pushed as hard as we could.

But that wasn’t enough. Their car was not a compact, and in those days big cars were really big. To make things worse, the right rear wheel was hanging over the edge of a concrete-faced culvert, absolutely suspended in the air — no horizontal traction at all. 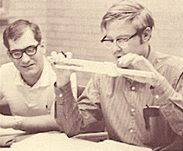 Then a lightbilb flashed on over my head. Thinking back to eighth-grade physics classes, I remembered Archimedes’ famous words concerning the use of a lever: “Give me a place to stand and I will move the Earth.”

So I looked around, and up the bank across the road was an old electric pole lying on the ground where the power company had left it behind. One of the other guys helped me carry it across the road, and we moved a big rock into position under the frame of the car near the suspended rear wheel. The resulting lever had about an 18:1 ratio on the two sides of the fulcrum provided by the rock.

My friend and I leaned hard on the pole while the other four pushed the car from the front. Sure enough, the frame creaked, groaned, and the wheel lifted above the edge of the concrete wall as the car backed up and started to gain traction. The car was finally back on the road.

The three ladies were very grateful. Absurdly grateful. It was plain that they had initially been horrified to find a gaggle of disreputable hirsute youngsters swarming all over their car. But their opinion of hippies seemed to have improved over the past five minutes, to the point where they wanted to give us money. One of them produced a five-dollar bill and attempted to give it to the four guys. But we were gallant gentlemen (and former Boy Scouts, I might add), and refused to take it, jamming our hands into our pockets or holding them up in the air to avoid the waving bill. If I recall correctly, she stuffed it into one of our shirt pockets, got back into the car, and drove off belatedly for church.

We probably spent the money on extra sausage and bacon when we arrived at brunch.

Looking back on the incident forty years on, I find a possible analogy with what we do here. With a little ingenuity, a few people having no more than ordinary capabilities can apply themselves to a seemingly impossible task and accomplish it, against all the odds.

The earth-movers who chipped in yesterday came from the following locations:

We’ll see you tomorrow — or rather, later on today.

One thought on “Moving the Earth”