The following essay by The Kafir arrived just before my computer crashed last week, and was thus delayed. As if to underline the theme of his article, one of this morning’s tips from Struggle for Hindu Existence included a news story with the headline: “Jihadi Attack on Hanuman Jayanti Rally at Jawad (MP) injures over 25, 10 with severe acid burns”. 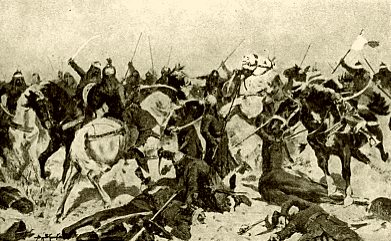 It is Surreal. It is Like Watching a Movie the Second Time. You Know What is Coming Next, But Can’t Do Anything About it Except Sit Back and Watch.

The first successful Muslim attack on India took place in 711AD. Delhi fell to a Muslim army in 1192AD. A gap of almost 500 years. I always used to wonder: Was there no one who could study the real character of the invaders, and could thus warn the Indian ruling elite and the public of that time that they were soon going to lose everything: their kingdoms, their religion, their language, their dress, their cuisine, their customs, their festivals, their arts, their culture, their way of life, the world itself as they had known it?

Before the Muslim invasions started, wars between Indian kings were little more than sporting events, as far as non-combatants were concerned. The revenue would start flowing to the victor; that was the only change for the people of the defeated kingdom. The victors never touched the non-combatants, their property, their women, their children. India for most of the time was divided into small kingdoms. Every king used to dream of politically uniting the country under him, and every few centuries, a king would succeed in doing so. Wars were fought according to very strict rules, and nobody ever dared to violate them.

When the invaders from Arabia, and later from Central Asia, poured into India under the banner of Islam, they fought wars according to only one rule: victory at any cost. And after victory, did as they always do: the put all adult males to the sword, seized all their property, threw women and children into slavery, and destroyed temples.

So could Indian kings, who were conquered one by one, not have united and defeated the invaders? Could they not see the fate of the vanquished? Could even such horrors as the invaders routinely visited upon the whole populations of the defeated kingdom not wake them up and unite them?

Of course, seeing what is happening in the West today, I have the answer. It is simple: once the death wish takes over a civilization, nothing can break the spell. Nothing.

After all, some very courageous persons are risking everything they have, their lives, their property, and their honour, to warn the peoples of Europe and North America that walls are closing in on them, that they are going to be annihilated, and will be annihilated in the most brutal fashion. Those issuing the warnings have a very powerful medium in which to do so: the Internet. Still, their cries are falling on deaf ears. Instead of listening to them, their own elite and their own fellows are turning on them, are calling them the problem, instead of recognizing them as their saviours, their warners.

Even as they are being warned, even as they see daily what happens to those who fall into the hands of the invading Muslims, in response to every atrocity both the elites and the populace of Europe and North America bend some more, surrender some more, accommodate some more. They are vehemently refusing to ask one simple question: if this is the scene at present population ratio of Muslims to natives, what will happen when the population ratio becomes 15:85, 20:80, 25:75?

It is clear that demographic inversion in Europe and North America is now irreversible. Soon, Muslims will decide the winners in elections in most European countries, and also in Canada. As a reward, they will demand ever more sharia, and politicians will be ever more willing to accommodate. And, as we know, more sharia means less freedom, and fewer kafirs.

More sharia would mean even more gender segregation than at present. Even more exclusive Quran schools than at present. And these two sharia provisions are what have kept the Islam going for last 1400 years.

It has been demonstrated in experiments that rats deprived of mates become very violent. Male human beings deprived of partners become very violent, frustrated, and quarrelsome. Islam’s gender segregation will continue to supply its leaders with dysfunctional violent males who can be unleashed upon kafir women, thus mentally breaking the kafirs who wither under low level, random, but unceasing violence against their women and their property.

Quran schools, using brutality as the weapon, teach Muslim kids never to think, never to question, never to argue; but only obey and follow, like robots.

These two programmes of Islam, gender segregation and Quran schools, mean that they are never going to be assimilated, productive members of Western societies based on equality of the sexes, which demands a very high level of mental development.

So we are going to see a very painful and brutal death of the finest achievement of man: Western Civilization. 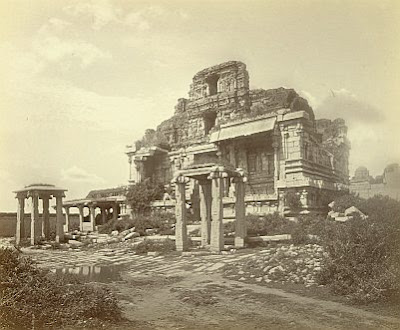 It may seem ridiculous to even contemplate that men whose fathers put a man on the Moon could be decimated by a handful of uncompromising, determined, fanatic clerics from Deoband, Al-Azhar, and Qom, still living in 7th century. But that is what has happened in the past to the equally advanced societies, in the face of Islam.

The dilemma is clear and simple: Muslims are too cruel to let kafirs live, and kafirs are too kind to kill Muslims.

If kafirs are able to resolve this dilemma, they may yet live. Otherwise we, or those remaining kafirs, will see the Louvre in Paris destroyed just as the museum in Mosul was recently destroyed. And of course mass beheadings, rapes, crucifixions, and burning people alive would go on outside its gates as usual at the same time.

57 thoughts on “It’s Déjà Vu All Over Again”