The following essay by El Inglés is the conclusion of a six-part series that examines the sociopolitical effects of mass immigration into the Western democracies.

The entire series is now available as a single PDF document. 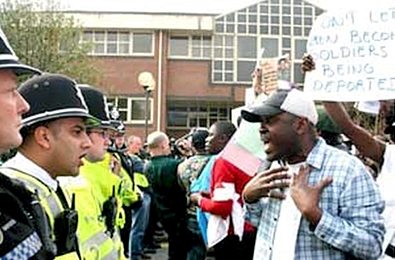 Ethno-Religious Diversity and the Limits of Democracy

Thus far our discussion has tried to avoid making any moral judgements about the phenomena under discussion or those responsible for them. This has been a deliberate stance, adopted to stress our belief that it is both possible and necessary to consider these matters in a detached, analytical fashion, free of any kneejerk tendency to take sides or assign blame. Readers should in no way interpret this as an indication that we actually take no sides and assign no blame. We do both. But it is not appropriate, when introducing a model for thinking about complex phenomena as we have done in this document, to muddy the waters of discussion with any expression of personal feelings about blame and responsibility. Now that we have delivered our analysis as dispassionately as possible, we feel free to sidestep this restriction and make several observations along these lines.

The first observation to make is that the wielders of political power, in any country, are required to deal with any number of complex problems, in real time, and that it would be unreasonable to expect them to attach categorical importance to the maintenance of the ethno-religious homogeneity discussed herein at all times. As such, we cannot simply point a finger at all politicians allowing or favouring at least some immigration of ethnically distinct peoples and mark those leaders as villains. No country that wishes to be a part of the modern world can completely shut itself to outsiders in the name of maintaining homogeneity.

Secondly, we must observe that what we consider to be the validity of our arguments notwithstanding, some ethnically foreign immigrants will demonstrate such high levels of compatibility with their new countries that even fairly substantial immigration on their part would not result in particularly troublesome polarization on our system diagrams. The admission of large numbers of Armenians to the United States following the Armenian Genocide, in what was then the Ottoman Empire, would undoubtedly have increased political tensions in the US for the reasons we have outlined in such depth in this essay. Similarly, the immigration of large numbers of South Koreans in the last few decades has resulted in various tensions in the areas in which they settle. But it is far from obvious that either of these waves of immigrants constituted or constitutes some terrible threat to the political stability of the US.

The point here is not that this Armenian and Korean immigration were good for the United States or its people, and have created no problems. Korean immigration has resulted in bitter hostilities between those Koreans and the black Americans that often inhabit areas of Korean settlement in large numbers, hostilities that burst to the surface in spectacular fashion during the LA Riots of 1992. Other difficulties may well have been created by the immigration of Armenians a century ago. These are complex and profoundly subjective matters that we can make no pronouncements upon. Our point here is merely that we see no grounds to conclude that either of these immigrant communities is exerting a badly disruptive polarizing effect on American politics as a whole.

If, on the other hand, we were to consider Mexican immigration into the United States since the Immigration Reform Act, both legal and illegal, then for the reasons we have considered in detail in this document, we would be talking about something quite different. The problems and political tensions caused by the presence in the US of so many people of Mexican origin are not trivial. Neither are they subjective and simply a function of one’s point of view. They are as real and undeniable, though not as bitter or damaging, as the tensions between Tamils and Sinhalese in Sri Lanka. One may believe that Mexican immigration into the US is the best or the worst thing that has ever happened to that country. But one cannot deny that it has polarizing effects on the US system diagram, effects which exist objectively despite the difficulties involved in quantifying them. 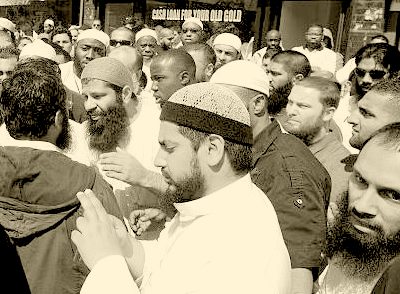 Our own position is that large-scale immigration of ethnically and religiously alien peoples into the United Kingdom is having and will continue to have profoundly negative consequences for our ability to enjoy the benefits we have come to expect from our democratic form of politics. This should not be taken as an endorsement of unlimited immigration of European peoples from, for example, Eastern European countries such as Bulgaria. Rather, it is simply a statement of our belief that the kaleidoscopic ethnic mix we are creating in, most obviously, our major cities, is not and cannot be compatible with the maintenance of a healthy democratic politics, whether on a local or national basis. Coupled with the attitudes and behavior of Muslim diasporas in particular, its consequences are likely to be extremely destructive.

We must make the observation that, once the necessary conditions for healthy democratic politics have been destroyed, there is no way to recreate them in the now-ethnically diverse societies we inhabit without a level of coercion and disenfranchisement that would have to be described as revolutionary, both in type and scope. Given that there was no reason for these terrible developments to take place at all, we are surely entitled to suggest that those responsible for them would deserve harsh judgement even if they had been guilty of no more than foolish blundering. How much more harshly then, must we judge them if their actions were not the result of a series of blunders, but instead of a desire to derive partisan political advantage from the rapidly growing immigrant communities their policies were creating?

It would strain credulity to suggest that a serious political party, which by its nature can only implement its political platform if it can win elections, does not attach an overwhelming importance to its ability to do so. Staying with our British political context, if we then observe that an immigrant community votes overwhelmingly for the Labour Party, and that the Labour Party introduces or has introduced policies that must result in the rapid growth of that community, there are only two ways we can interpret this. Either the Labour Party considers the policies intrinsically meritorious and discovers, almost to its own surprise, that they also lead to electoral advantage, or it introduced them, at least in part, because of the electoral advantage they would offer. The first possibility here is so absurd that we must disregard it entirely. Thiis leaves only the second possibility, that of a political party quite happily undermining the very foundations of democratic politics, and rendering large swathes of our towns and cities alien, for selfish, short-term gain.

Returning one final time to the Greek post-and-lintel we commenced this document with, we state in closing that the political analogue of this simple structure is being asked to span distances that it cannot span. When it finally collapses, we must hope that amongst the people crushed by the wood and masonry that crash down with it are those who, through their disregard for their own peoples and their desire for political gain, caused the collapse in the first place. Anything else would be unjust.

15 thoughts on “Ethno-Religious Diversity and the Limits of Democracy, Part Six”