The Baron has responded again to yet another commenter who left a link to yet another assertion that the Germanwings co-pilot who deliberately crashed the plane was a convert to Islam.

Jim Hoft, like everyone else, is sourcing his post to Michael Mannheimer, who is well-respected. However, this is Mannheimer’s only source.

Mr. Mannheimer made a mistake when he based his assertion on that post. It provides the flimsiest of evidence — virtually non-existent. This story is being spun out of less than gossamer. If it is ever definitively refuted, it will discredit everyone who jumped on it.

I still think there’s a fair possibility that the guy was a convert. But we have no evidence to support it yet, NONE. The fact that he lived in Marseille and Bremen and suffered from depression proves nothing.

People need to be more careful in their assertions, and label outright speculation clearly as such.

This “co-pilot = Muslim” meme is reminiscent of that old childhood game “Telephone”. Do you remember when kids sat in a circle and one person was chosen to whisper into the ear of the child next to him some random sentence? That child in turn whispered it to the one next to him and so on, till it came to the last person in the circle. He would then repeat what he’d heard and the child next to him, who’d said the original sentence, would repeat that starter statement. The ending was so garbled compared to the beginning that the participants would have a real ROFL moment before beginning another round. [In their games, children are pretty good rule enforcers. The implicit rule here was to repeat as faithfully as possible what you thought you’d heard; it was no fun if spoilers just made up something.] 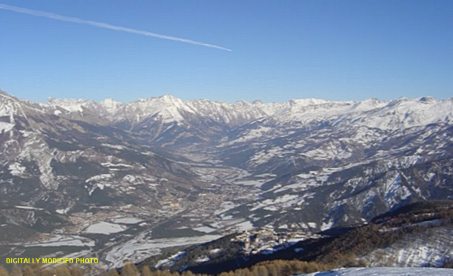 On Twitter this morning the same thing was going on. One fellow, John Galt, proposed there was no Islam involved and I agreed with him. A third person said we were wrong so I asked him for sourced information. I don’t understand his non-sequitur response. Maybe it was a form of “shut up”??

Here’s the screen cap. See for yourself:

And that is what led to my frustrated #ShowMeTheImam.

The Daily Mail would have no trouble naming this as terrorism or jihad if they had any evidence with which to back up such an assertion.

Thus, to those people claiming it must be jihad, I will continue to say #ShowMeTheImam. Until solid evidence about some JIM feature in this guy’s life surfaces, that claim is a fatwa too far for this here radicalrightwingextremist.

If we want to be taken seriously it behooves us to step carefully, to act with probity, and to wait for the truth to surface. Especially since the evidence has been utterly obliterated.

I keep thinking of those bereft family members of the flight crew and the passengers. If you have friends in aviation you know how deeply saddened they are by this… imagine the screws that are going to be turned on pilots’ heads, trying to ascertain whether they’re “safe”.

In a “What Would Wretchard Say” moment, I looked at his top post. He begins this way:

Authorities have now mounted a massive effort to find some motive or explanation for his actions. They may succeed in unearthing a publicly acceptable motive or nothing, for the blackest of boxes is not the flight data recorder but the innermost citadel of consciousness.

Sometimes people do things that nobody else can understand. Sometimes they even do things that are contrary to their rational interest. The underlying premise of the A320 security model was enlightened self-interest. Because the pilot shared the fate of the plane and all its passengers it was assumed that he would do nothing to harm the collective platform.

But once upon a time men knew that self-interest was not always a true shield. What Milton called “the unconquerable will” often trumped it; demanding it should be obeyed, even when destruction is the result. The name given to this unquenchable selfishness used to be evil. There is a strange moment in the New Testament when the disciples marvel at Christ’s ability to cast out demons and He responds by recalling a memory from an eon past. “It was a little before your time,” He told his followers, “but Satan and I have fought before.”

The seventy returned with joy, saying, “Lord, even the demons are subject to us in Your name.” And He said to them, “I was watching Satan fall from heaven like lightning.”

Christ’s reminiscence is one of the spookiest moments in the New Testament. He knew evil of old. We, on the other hand, have forgotten it, or deny it exists. Lufthansa thought it could make its planes safer through layers of screening and automated processes, but it failed to defend against the oldest enemy of all: the insistent will. To guard against this old enemy — which civilization remembered until recently — systems of checks and balances were built into critical systems to ensure that no single individual will could unilaterally control them.

Of course he has more. Much more. Algorithms, the power of two people exercising control together, and the Founding Father’s ideas on checks and balances are just a few of his passing thoughts in this meditation. But Milton and the Gospel of Luke are indeed a robust response to the mystery of this evil.

“The citadel of consciousness” indeed.