The following letter was sent by Dr. Ashraf Ramelah to Speaker of the House John Boehner on March 10, 2015.

Please allow me to congratulate you on your tremendous success in having Israel’s Prime Minister Netanyahu address Congress. The world needs to hear the truth from our friend, Israel. For decades Israel has suffered terrorist aggression from neighboring states.

Allowing Iran to have nuclear weapons would not only be a danger to the State of Israel but a threat to the entire world. At your invitation, Americans heard the Israeli Prime Minister unfold the truth to the American Congress. The positive and urgent message of Prime Minister Netanyahu’s speech will resonate for some time to come and hopefully lead to the desired goal.

Likewise, another important leader in the Middle East may prove to be enlightening on the issue of fighting Islamic terrorism. I refer to the president of Egypt, Abd El Fatah El Sisi. If Egypt’s current president were invited to address Congress, America could know firsthand the works of Al Sisi’s government in eradicating terrorism. 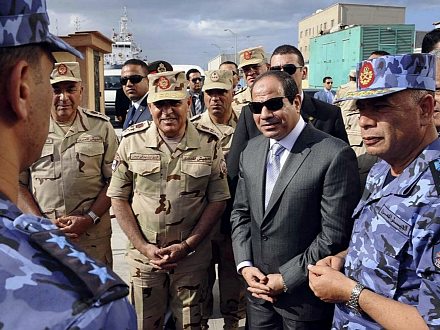 Your invitation to the Israeli leader has shown America’s support of Israel in light of much opposition. Having President El Sisi address the Congress would offer Americans the same opportunity to show support for Egypt’s initiatives — tempering Islamic clerics, approaching Coptic Christians, and fighting extremist organizations linked to terror.

Mr. Speaker, you have already been instrumental in illustrating America’s support of real leadership against terrorism in the Middle East. Extending a hand now to President El Sisi would only emphasize America’s resolve to stand with rational and courageous leaders and support the outcomes of reduced terrorism in the Middle East and around the world.

For this reason, I kindly request, on behalf of my organization, Voice of the Copts, that you extend an invitation to President El Sisi of Egypt to address a joint session of the American Congress in the very near future.