As is the case with most curmudgeons, I have my pet peeves when it comes to language. Why a peeve could ever have become a ‘pet’ seems obscure, but I’ll bet our readers know (and will share) its source beyond the mere alliteration of those two words, pet and peeve. Most of my little menagerie consists of grammatical errors but some few are in the far corner under the sign which reads “Euthanize These Creepy Words”.

Thus, in passing on to you this sad news, we will not tell you that M. Stanton Evans “passed” because that is not what happened. On March 3rd 2015 in Leesburg Virginia, Mr. Evans died of pancreatic cancer; he was old and wise and full of years, but that cannot have been an easy time. I know this because a beloved aunt died of the same disease.

[Just as we’re supposed to say that death is not death, put “passing”, we’re also supposed to omit the cause of death. To heck with that, I say. Death is simply a next step and it’s easy for some, hard as Hades for others. My view of death is that it is not something we undergo but an event in which we participate, just as birth is. Each coming and going leaves its mark on the universe.]

It’s a trite understatement to say Mr. Evans will be missed. More accurately and even sadder to comprehend is the mournful fact that he won’t be replaced, can’t be replaced. Don’t take my word for it: look around to see if you can spot anyone you’d nominate to take his position. Is there a man or woman of his accomplishments you’d trust to rebuild from the ruins of our current Republican Party? Preferably it would be a man who is making his own way, free of the shackles of the poisoned flow of mainstream politics and media, a person wise enough to articulate a compelling view of the future in the face of our present dystopia. 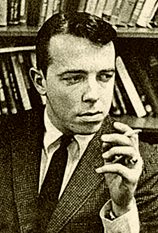 Back in 1960 Stan Evans, along with Russell Kirk’s wife, Ann, co-authored the Sharon Statement (see below the fold). This event occurred at a meeting of the minds in Sharon, Connecticut (thus the name) where William Buckley lived. While the hippies straggled into the New Age, dropping out and tuning in to their own fascinating navels, this New Guard was crafting a kind of Constitution for Conservatives.

Look around again: do you see an Evans, a Buckley, a Kirk? I don’t either. There isn’t anyone remaining who could collaborate on a similar document for the 21st Century. For a while, I’d hoped it would be Eric Cantor, the House Majority Leader in Congress. He had it all: persuasive, attractive, intelligent and with an inside line to the power brokers. It is sad almost beyond the telling, but this golden boy with feet of brass was booted out of his seat by his own constituents. They replaced him with an obscure economics professor.

Why? Because Cantor quit listening; he promoted massive immigration, as though the views of those voters who kept him in place through seven terms weren’t worth his time; they didn’t want what he did and he thought he was powerful enough to ignore what his people wanted. So when he lost one of the most secure Republican seats in Congress due to his own immense hubris, he stomped off the playing field. Refusing to finish his term, he signed on to a $3.4 million-a-year job as a Wall Street bankster.

The Tea Party in his district defeated Cantor. The Republicans inside the Beltway, especially the RNC, would destroy the Tea Party if they could. Their refusal to employ the talents and resources of these grassroots activists led to Romney’s defeat, too. [Democrats don’t have that problem. They pay close attention to ACORN and feed them lots of money].

Many of you may remember the “barroom brawl” (Andrew McCarthy’s inapt and condescending description) following the publication of Diana West’s book, American Betrayal: The Secret Assault on Our Nation’s Character

. Mr. Evans was Diana West’s rock through the hell of an eerily leftist-like attempt to shame, blame, and cut her out of the herd. To this day, much of the mechanics of that attempt remain obscure, and more than strange.

When Frank Gaffney’s group, the Center for Security Policy, awarded Diana West its 2013 “Mightier Pen Award” it was Stan Evans, Diana’s mentor, who introduced her:

Now he is gone and this is a darker world than it already was.

The projects Stan Evans founded and in which he participated are either finished or diminished without his innate wisdom. Let us begin the sad task of sifting through those remains. Let us mourn and then begin again the unglamorous task of cleaning out the Augean stables known as our Political Right Wing.

The Sharon Statement of 1960 follows.

The Sharon Statement is the founding statement of principles of the Young Americans for Freedom. The views expressed in this statement, while not considered “traditional conservative principles” at the time, played a significant role in influencing Republican leaders in the 1980s.

IN THIS TIME of moral and political crisis, it is the responsibility of the youth of America to affirm certain eternal truths.

WE, as young conservatives, believe:

THAT foremost among the transcendent values is the individual’s use of his God-given free will, whence derives his right to be free from the restrictions of arbitrary force;

THAT liberty is indivisible, and that political freedom cannot long exist without economic freedom;

THAT the purpose of government is to protect those freedoms through the preservation of internal order, the provision of national defense, and the administration of justice;

THAT when government ventures beyond these rightful functions, it accumulates power, which tends to diminish order and liberty;

THAT the Constitution of the United States is the best arrangement yet devised for empowering government to fulfill its proper role, while restraining it from the concentration and abuse of power;

THAT the genius of the Constitution – the division of powers – is summed up in the clause that reserves primacy to the several states, or to the people in those spheres not specifically delegated to the Federal government;

THAT the market economy, allocating resources by the free play of supply and demand, is the single economic system compatible with the requirements of personal freedom and constitutional government, and that it is at the same time the most productive supplier of human needs;

THAT when government interferes with the work of the market economy, it tends to reduce the moral and physical strength of the nation, that when it takes from one to bestow on another, it diminishes the incentive of the first, the integrity of the second, and the moral autonomy of both;

THAT we will be free only so long as the national sovereignty of the United States is secure; that history shows periods of freedom are rare, and can exist only when free citizens concertedly defend their rights against all enemies…

THAT the forces of international Communism are, at present, the greatest single threat to these liberties;

THAT the United States should stress victory over, rather than coexistence with this menace; and

THAT American foreign policy must be judged by this criterion: does it serve the just interests of the United States?”

Note that the incubation period for these ideas to percolate down through the conservatives running for office — e.g., Ronald Reagan — was about twenty years. I don’t think we have the luxury of that much time now.

Rest in peace, Mr. Evans. You earned the full measure of our gratitude.

27 thoughts on “In Memoriam: Stan Evans Died This Week”