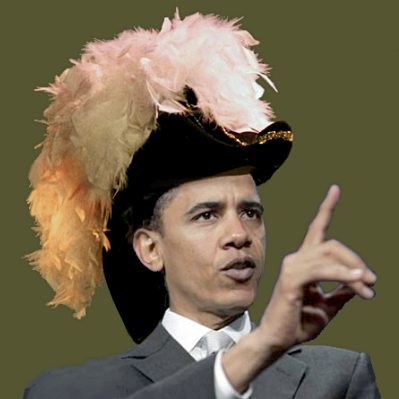 Vlad Tepes has perfected the art of the Hybrid Text-Video Essay. He takes short video excerpts and intersperses them with his own text, using the clips as examples to illustrate what he’s discussing. In a recent hybrid essay, he features four clips featuring (1) Eric Holder, (2) Assistant Secretary of Defense Paul Stockton, (3) President Obama, and (4) Bill Warner.

“That’s an odd mix, Baron,” you say. “How does he make all that fit together?”

Well, you’ll have to watch the videos to see for yourself. But here are some excerpts from his accompanying text:

Often, when consistent observations do not fit any acceptable theory, the public or pundits will feel they have to make up a complicated puzzle piece that allows observations to fit with an accepted paradigm. Authority hates a vacuum and humanity hates an unknown. And often one can tell that this was what took place because the solution is clumsy, counter-intuitive and impossibly complex.

One of my favorite examples of this was the Catholic Church propagation of the notion of ‘retrograde motion’ of the planets to try and explain why, when observing the motions of the planets, they did not always move in perfect circles around the Earth as the legally mandated theory of the day insisted they must, but instead, occasionally moved what appeared to be backwards for a bit as their orbits around the Sun were viewed from the Earth. The Church at one point had a giant clockwork machine made that more or less replicated these motions to show how they happened in fact.

(To the Church’s credit, they allowed observations to be made and attempted to adjust their model to account for these observations and even though conclusion based reasoning is anathema to science, it is still an order of magnitude more valuable than Islam which kills the observer when reality fails to reflect belief.)

Once the theory was changed from an Earth centered universe to a Sun centered solar system within an arm of a spiral galaxy, pretty much all observed motions of planets and stars fit theory near enough to perfect for accurate predictions to be made.

Since President Obama took office in 2008, he has been very consistent in the way he refers to, and mandates that others refer to Islamic obligatory jihad. In fact he has removed those words not just for himself and his staff, but from the FBI lexicon to the extent that it is accepted by many that the Boston Marathon bombing occurred because all the references to jihad, umma and other Islamic terms connecting a terrorist act to the two brothers had to be dismissed according to rules Obama set out for the FBI.

In some cases, the narrative out of Obama’s mouth himself have crossed the border of the ludicrous attempting to avoid any connecting terms between horrific acts and the muslim religion.

Now the observations of Obama, his senior staff, and instructions to law enforcement are too consistent and too similar to be dismissed as anomalous. And so now, enters the ‘retrograde motion’ attempt to explain it without changing any dearly held beliefs.

Read the rest, and watch the videos, at Vlad’s place.

One thought on “Making Sense of Retrograde Motion”