Below is Rembrandt Clancy’s translation of an essay by Alexander Kissler that was published last week in Cicero Online, a German magazine of culture. 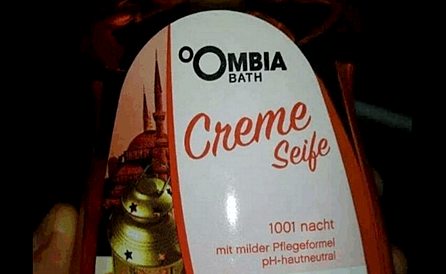 The West is Abolishing Itself

The world is becoming purer with each passing day. Now even “Aldi” [a global supermarket] has shown some understanding and is no longer asking us to buy soap with packaging showing a mosque. Questions by committed Moslems were enough to purify the range of products. Gone are the cupola and minaret. “This meaningful illustration placed on some sort of consumer product” was truly inappropriate, wrote a man of Turkish origin from Buxtehude. “Aldi” obeyed and went on record as saying that the liquid soap “will soon be unavailable in our branches”. They will be more sensitive in the future, according to the statement.[1]

So it goes in the mad days of early 2015. On Sundays freedom of the press and freedom of speech are invoked, the state invites itself to trip the ring-formed dance of the intrepid,[2]; from Monday to Saturday, the West shreds its values and a terror triumphs, its threats having long since flash-frozen our heads. Whereas the intrepid may still whistle loudly to themselves in the forest, outside, in the wild where creeds are formulated, the programme is known as appeasement. With many Muslims, the best policy is not to tangle with them; therefore, the idea is to deal with all Muslim demands in the spirit of submission. Out of the state of being held hostage, a condition into which the terrorists are taking the peaceful majority, comes the winning of social territory belonging to this very majority, all as a result of the terrorism of the few. That is no secret delight; it is a classical windfall profit.

For instance, those who have been getting worked up for some time over the blasphemous caricatures of the homosexual illustrator Ralf König, are now experiencing satisfaction after the Paris attacks. König removed from his homepage a cartoon which showed representatives of the West kowtowing to a bearded Muslim, to an imam perhaps. König explained that he is not proud of this step; he is not well and he is anxious about “lone, sick lunatics”. And another leaf falls to the ground from the tree of freedom, it becomes dung and then it is as if it never existed.

At the cost of Artistic Freedom

Or take the Parisian private theatre Ciné 13. There the play “Stoned” by Jean Chollet was cancelled two days after the premiere. And why? Was it because it turned out that the theme of the play, the stoning of a woman in the name of Islam, is too far-fetched and that there is no such stoning at all? No. The play was off because the Prefect felt he could not guarantee the security of the theatregoers against fanatical Muslims. According to reports from news correspondents, not one single theatregoer raised his hand; not one rose to speak in favour of artistic freedom, when the artistic director announced her decision to the public. Our brains are flash-frozen, and our hearts as well. 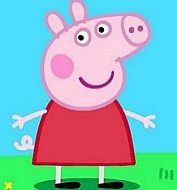 Or let us take a look at the devoted machinations of the Oxford University Press. Because Muslims are not especially appreciative of pork, the terms piglet, bacon, sausage and their pictorial equivalents have been banned from the publisher’s textbooks [cf. MailOnline 14 Jan. 2015]. The Oxfordians were razor-sharp in discerning that “our instructional material is sold in 150 countries. A range of cultural differences have to be satisfied.” This is misconceived and fatuously palliated. In the first place, it is the animal and not the word which for Islam is unclean. Secondly, all of this has nothing to do with a global contribution to religious tolerance; rather, it is a hurriedly proactive gesture of submission: Oxford University Press is adapting itself to times in which not only a sketch of Mohammed will set a Kalashnikov brigade on the march, but also the pig duo Piggeldy and Frederick. It is comforting, however, that the city of Hanau has not yet caved in and the exhibition by the cartoon duo, Greser & Lenz[3], can take place as planned.

Recently Michel Houellebecq said, one might place a crucifix behind the Enlightenment, for it is dead. Without prejudice to the question of whether or not the Christian symbol is out of place here, the West can soon be deemed to have expired. At the very least it is well underway to committing cultural suicide born out of fear of death. The Islamisation of our heads is proceeding apace.

1. “sufficiently sensitive in the future”: According to an article on the Internet portal GMX Schweiz, Aldi’s original statement is as follows:

“The product will soon be unavailable in our branches. It goes without saying that we have also forwarded your comment to the competent contact person in our house so that people there are suitably informed and made sensitive.”

The article suggests further that the mosque on the packaging of the cream soap is a representation of the Hagia Sophia in Istanbul and is meant to conjure up the product’s oriental aroma.

As if to suggest that the soap packaging is a perfect representation of both Islamisation and cultural decadence, both understood as progress, GMX Schweiz quotes an advertising expert, Lothar Böhm of Böhm Associates, who is also active in the field of advertising packaging. He thinks Aldi should not have withdrawn the soap because its packaging expresses a united Europe:

What image could better symbolise our multi-coloured Europe [buntes Europa] than the edifice which was once a Church, later a mosque and now a museum?”

2. “On Sundays…the state invites itself to the ring-dance of the intrepid”: This reference alludes to the gathering in Paris of politicians from around the world on Sunday, 11 January 2015 after the Charlie Hebdo massacre carried out by Muslims following the Koran.

I join in the Bacchanal’s laugh,
And trip in the fairy-form’d ring.

According to Der Tagespiegel, the exhibition planned for the Hessian city of Hanau was to start on 14 March, but was cancelled due to the extra costs for security. After the massacre in Paris, the city did an about-turn and confirmed that the exhibition would go ahead. No Mohammed caricatures are included, but there will be Islam critical cartoons. Religious themes are planned, but these constitute only a very small part of the exhibition according to op-online.de.

Also according to the German Wikipedia, Greser and Lenz follow the tradition of the Frankfurt School (Horkheimer, Adorno et al.), which if true, means that they are cultural Marxists who are on the “long march through the institutions”. These relationships provide a framework for understanding terms such as “culture” and “enlightenment” which usually remain otherwise undefined in articles such as this (cf. the last paragraph of the current article.).

Greser, in explaining his patience and understanding during the controversy, had this to say:

No one in this situation is to be reproached for looking like a democratic chicken-s*** [Hosenscheißer]. We do not have what it takes to be martyrs — particularly since we were raised as Christians and in our paradise no virgins were promised; at best, there are the old hags (alten Weiber), who are still going to church. (Der Tagespiegel, 21 January 2015)

Source for the soap image
Source for the Peppa Pig image: n-tv, a news article on the political correctness of Oxford University Press

10 thoughts on “The West is Abolishing Itself”