JLH took a little holiday from translating German to ferret out this transcript of our Dear President’s address last night. 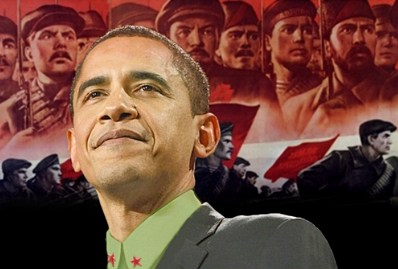 The President’s Real State of the Union Address 2015

as reported by JLH

My successful attempts to transform the economy have resulted in a flow of capital to the moneyed class and a transfer of many citizens from paying jobs to the leisure/welfare rolls. I therefore intend to create an executive, slightly extra-legal tax on the wealthiest Americans, to be administered and collected by the Department of Homeland Security. I define “wealthiest” as anyone who is wealthier than I expect to be when I leave office, and/or anyone designated by the IRS as a right-wing extremist capitalist.

There will also be a 50% tax on all profits from the production of oil, natural gas and coal to combat Global Warming/Climate Change/Hockey Sticks/Whatever by building even more low-functioning, frangible wind turbines.

The other moneys garnered will be applied to community projects such as False Start and Downward Bound, as well as two free years of community college. My daughters are, of course, too good for that, but I myself will volunteer to teach in one or more of them offering a course on the Constitution as a Historical Anomaly.

I am pleased to announce the normalization of relations with Iran. We will be sending them some of our excess plutonium and the plans for our latest drones, and they will respond with several shipments of Hafez Korans to replace the out-of-date Gideon Bibles in our hotel rooms.

Our relationships with ISIS have not improved, so we have developed a final strategy of containment. We have declared all of Iraq and Syria to be no-go zones and will seal them off from the rest of the world. Eventually, a shortage of Western conveniences and a boycott of their exports will bring them to their knees.

Immigration will cease to be a problem. I am sensitive to the anger of many Americans, who feel invaded and put upon. Therefore, I have arranged with the presidents of Mexico, Guatemala, Ecuador and Venezuela for a mutually beneficial population exchange. We will trade populations with them on a one-for-two basis. Former Americans may practice on their new host countries some of the techniques of welfare fraud and gang formation that they have observed here. Be warned however, it may not be as easy as it appears to be here.

In the area of education, all children who — unlike my daughters — attend public schools, will no longer be subject to the current lunch menu rules. Instead, they will be asked to participate in a ground-breaking nutrition experiment to test the nutritive value of naturally occurring proteins as they are used in some societies. Termites, for instance, can be delicious fried with a little peanut oil, although some nutrition experts claim that they are less carcinogenic when baked or boiled.

I close with my favorite axiom: A scam is a terrible thing to waste.