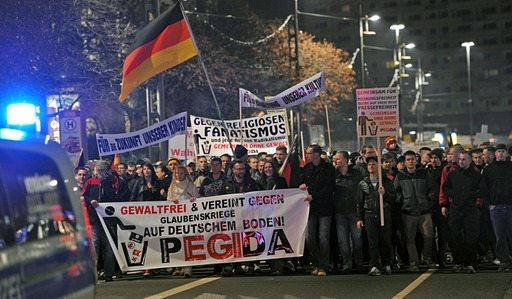 The sudden emergence late last year of PEGIDA (Patriotische Europäer Gegen die Islamisierung des Abendlandes, Patriotic Europeans Against the Islamization of the West) generated a lot of blog posts here. I’ve finally finished digging out all the previous posts, and have created the PEGIDA Archives.

The movement began last October with HoGeSa (Hooligans Against Salafists). In addition to PEGIDA, the archive will cover BERGIDA (Berlin), DÜGIDA (Düsseldorf), KÖGIDA (Köln, Cologne), MÜGIDA (München, Munich), and probably others I haven’t heard of yet. Groups in France and Sweden are also included, since they have announced that they will follow the PEGIDA model.

The permanent archive is here.

5 thoughts on “The PEGIDA Archives”