For the past few days there has been a lot of brouhaha about FOX News’ report (since retracted, with an apology) on Muslim no-go zones in Europe. The mayor of Paris says she plans to sue FOX for insulting her city.

Denmark is somewhat saner than most European countries in its attitudes and policies towards cultural enrichment. I asked our Danish correspondent Kepiblanc for an update on Danish no-go zones (if any). His report is below. 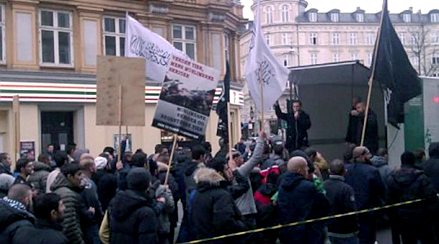 The (Not Quite) No-Go Zones of Denmark
by Kepiblanc

The Danish police just elevated their alertness one level — from “high” to “higher”, meaning intensified patrolling around certain locations such as synagogues, Jewish schools and kindergartens, newspaper headquarters (why?) and transportation centers. Not because there’s any actual threat against Denmark, but as a token reaction to the events in France.

Nevertheless, alertness is at a constantly high level here, mostly due to the never-ending cartoon crisis and the associated murder attempts on various high-profile dissidents such as Kurt Westergaard and Lars Hedegaard. That way our politicians can claim “look, we’re doing something!”

Which is, of course, complete nonsense.

The twelve slain cartoonists at Charlie Hebdo and the six Jews were not even cold before our politicians in unison started their usual chorus: “It has nothing to do with Islam!” Immediately followed by the presstitutes of the MSM with a wall-to-wall carpet bombing of Islam-apologies.

So nothing to see here, move on…

Meanwhile our Muslims keep a low profile. They know very well that the presstitutes just try to hide the reality, and that the ordinary populace is simmering with disgust and anger. Aside from the usual rapes, robberies and occasional murders, they stay put in their “no-go zones”.

Which is a somewhat misleading label. As opposed to, for example, France, England and Germany, our “zones” are — first and foremost — small. Secondly it’s actually possible to go there without being harassed, raped or killed. At least for the police.

The usual scenario is as follows: an arson is started, a shooting or stabbing is reported, some cars are incinerated or similar cultural enrichments take place. The fire brigade or the paramedics stop at the gates and wait for the cavalry to arrive — and then things calm down. Until next week. So far only one incident of shooting at the police has been reported.

Maybe our Muslims are smarter than their French brothers?

Maybe they realize that the spark plug is inserted, connected and powered up — only waiting for themselves to flip the switch and thus start the civil war engine? In which case, things become unpredictable.

Well, maybe not so unpredictable after all. Our dear Muslims know very well that Denmark — contrary to what the world thinks — is by no means disarmed. The Danish Armed Forces are emasculated by the politicians, of course, but The Danish Hunter’s Association and the Danish equivalent of the American NRA amount to almost 400,000 members combined*, with approximately one million legal firearms. And they — again as opposed to Muslims — are able to use them properly…

Danes are not Swedes. Far from it.

By the way — we know very well why our politicians keep claiming “It has nothing to do with Islam.” The reason is as follows: They imported Islam and now they try to distance themselves from the atrocities of that same “religion”.

Put simply: they are scared for their own sorry [fundaments], and fear the retaliation of the people. Conversion on the scaffold… 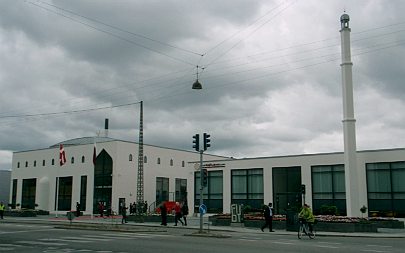 A side note: Denmark’s first mosque has been completed and is in use. It’s the Mosque in Rovsingsgade, a.k.a. the Great Mosque of Copenhagen (officially “Hamad Bin Khalifa Civilisation Center”) .

* For those who are interested, and can read Danish, here are some details on Danish gun clubs and shooters’ associations — 394,000 trained shooters.

10 thoughts on “The (Not Quite) No-Go Zones of Denmark”