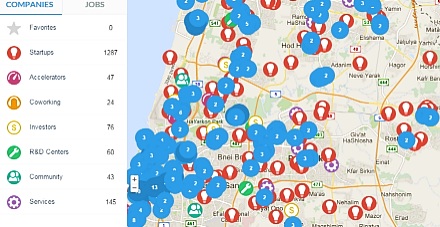 Time is flying again as this winter’s Quarterly Fundraiser goes whizzing by.

It’s hard to believe we’re at Day Four when my mind is still back at the starting gate. But then I have the luxury of merely writing half the Funder posts; the Baron has all the other work. You’re darn right that’s not fair, especially given his eye condition. I do wish it could be some other way but… dare I paraphrase Donny Rumsfeld again? Ya go with the tools you have not the ones you wish you had, or the ones your partner has, or — for that matter — the ones you used to have. When I tell the Baron it’s not fair he stops to remind me we don’t get to choose these things. He says the most we can do is work within the limits set out for us. Then he puts the traces back on and starts plowing again.

It’s impossible to take such a man for granted.

This time around, y’all have been exceedingly generous. On occasion, a wealthy person stops by with an eye-opening gift, but for the most part I’m gob-smacked at the increasing numbers of people reporting in with small donations. We get to see where our readers are from. When y’all tell us where you’ve come from or how you happened upon Gates of Vienna, that sharing provides its own kind of exhilaration. The experiences create a profound respect for our differences and admiration for the courage it often took to get here. The variety of roads leading to Gates of Vienna proves again the wealth of possibilities in this world.

The readers of this blog are intelligent, well-informed, and open-handed. I never fail to be surprised at the breadth of experience all of you bring to this project.

This may end up as a long post because I’m not skilled enough to write short essays. That’s one of the reasons I’ve not been posting much.

Another reason is some mental quirk that increasingly reduces me to public silence. The problem with long-standing PTSD (one of them) is the terrific burden of shame it leaves behind. Think of radiation poisoning — it’s like that. This isn’t voluntary or rational. Until you hit that wall, it’s difficult to comprehend how much of our volition really lies outside consciousness. I suspect people in Twelve-Step Programs understand that quite well. So did Saint Paul, who chafed under the realization between his potential and his actions. We find it hard to forgive this in ourselves.

Another obstacle is my inability to follow an outline. I’ll start one but soon wander onto the verge of the road I’d chosen and there I go chasing down some novel idea.

I’ve discussed this Wall with some of our subscribers; they are warmly supportive and hopeful for my eventual recovery to at least a modest amount of writing.

The Baron, who knows only too well my limits, becomes concerned — very concerned — when I don’t cook. I’ve been cooking the family supper since I was ten years old and have no doubt I’ll die with a potholder in hand. It is both a creative distraction and proof that I’m still here. It gives me joy because its free of my usual limits. Even with fibromyalgia I can still rattle them pots and pans. But it’s often the case that my joy comes in the creation; I’m often too tired to stay and eat. So the Baron follows me, plate in hand, and we have a supper conversation while I lie flat.

Another problem is inherent in our mission: writing about the evils of Jihad is wearing under the best of circumstances. Add in my pain and suffering, and it has more frequently become more than I can do.

However… not too long ago I ran across a website that fills me with sunshine and optimism. It is about people carrying on in the face of constant threat, though it never says so. It’s about creating despite being surrounded by hatred. Of giving innovative and wondrous gifts to the world.

If you haven’t seen it yet, welcome to the wonderful world of No Camels.

Why that name? They don’t really tell you but their non-explanation is — like the rest of the site – entertaining and informative.

The site is divided up into various categories of endeavor: Technology, Health, Environment, Design, and People. Each has fascinating projects in various stages of development. As I told one of our subscribers, if we still had a regular income (i.e., if the Baron were working) I would have the added pleasure of picking from the ones which are still looking for low-level funding.

Here’s one on the home page with its feet in both health and environment: medical marijuana.

Purple Kush and Lemon Haze may be items on a menu of an Amsterdam coffee shop that offers different kinds of ‘high,’ but different types of medical cannabis can now be used to treat diverse conditions. Thanks to Israeli researchers, who are working on a ‘menu’ of medical marijuana strains that will cater to various patients, this potent weed is now used to soothe anything from depression to epilepsy.

Nowadays, progressive legislation and new research allow modern science to delve into the various medical uses of cannabis, as well as to create new “designer” strains of marijuana. Israeli scientists, who have been at the forefront of marijuana’s genetic engineering for years, are now modifying marijuana to treat a range of diseases.

I’ll admit my ignorance here. The ruin I’ve seen marijuana cause in recreational users — strange symptoms no one can explain — makes me a skeptic. Please don’t leave comments why I couldn’t possibly be right about hyperemesis. There is material on the going back to the 1990s, and I talked to a gastroenterologist in the Midwest about his collection of cases.

But here’s the video for professional marijuana breeders. You decide:

I do like what they did with tomatoes, though.

From their environmental page, there’s a story on work in Ethiopia:

Solar energy is an ideal solution for the power needs of the developing world – except for one problem: It stops working when the sun goes down, at precisely the time power is needed to turn the lights on. The solution, according to Zev Rosenzweig, CEO of Israeli energy technology company AORA, is a hybrid system – one that utilizes solar to the fullest, and supplements it with a “backup” system to keep the power flowing when the sun is not high in the sky, using scant resources, with an operating cost of next to nothing.

It’s perfect for developing countries, said Rosenzweig – and after six years of research and pilot projects, and an investment of $40 million, AORA is ready for prime time, he said.

The company announced [… ] that it had signed a deal to build one of its Tulip solar-hybrid power plants in Ethiopia. “We are transforming our Green Economy Strategy into action and are pleased to partner with AORA to help achieve our vision,” said Alemayehu Tegenu, Minister of Water, Irrigation and Energy for Ethiopia. “AORA’s unique solar-hybrid technology is impressive and well-suited to provide both energy and heat to support local economic development in off-grid rural locations in Ethiopia.”

“Off-grid rural locations” are exactly the places Rosenzweig wants to see more Tulips installed. “Our hybrid system uses both solar power and biogas to operate a turbine, with the hot air moving the turbine to generate electricity.”

Enhancing the sunlight are a series of mirrors to heat compressed air to over 1800 degrees Fahrenheit and drive a turbine. When the sun goes down, the system moves seamlessly from solar to biogas in order to power the turbines, with the biogas derived from animal waste, biodiesel, natural gas – just about any material that can be burned for fuel.

There is a concentration of intellectual energy in Israel devoted to the problems we encounter in our reliance on fossil fuels. If Iran doesn’t destroy all that work, it is my belief that the small state of Israel will provide at least the beginnings of a solution. And perhaps if the intellectual energy in the countries in northern Europe aren’t diverted by the massive problems massive immigration has caused, they may be able to partner on this. On the other hand, Israel knows a whole lot about massive inflows of people. If anyone were willing to ask, that is. The difference is that Israel doesn’t spend nearly as much time spinning p.c. pinwheels.

Here’s another from the health field that may draw many sick people to Israel looking for “a cure”:

With 14 million new cancer cases diagnosed around the globe every year, according to the World Health Organization, the need for prevention is vital. Now, an Israeli biotechnology company is developing a vaccine for cancer, which is not designed to treat the disease – but to prevent it from returning.

Vaxil BioTherapeutics, based in Nes Ziona, Israel, has spent over half a decade developing ImMucin, a prophylactic cancer vaccine, which can trigger a response in about 90 percent of all types of cancer, according to the company.

Immunotherapy: A hybrid cross between a vaccine and a drug

“Vaxil is developing a drug to keep the cancer from coming back,” Julian Levy, Vaxil’s CFO, tells NoCamels.com. “We are trying to harness the natural power of the immune system to fight against cancer by seeking out cancer cells and destroying them.”

Levy explains that ImMucin is not a replacement for traditional cancer treatments such as chemotherapy or radiation. Rather, the company is targeting a different stage in the patient’s battle against cancer, specifically the early stages of the detection, as well as during remission. That’s why, unfortunately, the drug won’t be helpful to many cancer patients – specifically those who are in advanced stages of the disease – because it requires a relatively healthy body to be fully effective.

Even though ImMucin is a vaccine, it is given to people who are already sick, unlike traditional vaccines. So, while ImMucin’s scientific mechanism is one of a vaccine, from the point of view of the patient, it acts exactly like a drug that has physiological effects when introduced to the body.

“Many preventative cancer vaccines today are not actual vaccines against cancer,” Levy says. “Young women can take a vaccine for the HPV virus, which doesn’t combat cancer; it’s a vaccine against a virus that has been proven to lead to a more serious cervical cancer.”

It would take hours to go through all the enterprise and innovation stored on this site. It’s truly wondrous and it gives me hope. I suggest when you’re down about world events, cruise through No Camels for a break.

Or this one: Want To Quit Smoking? Omega 3 Supplements May Be The Answer

And this one, which I dedicate to the Baron and the future Baron. The Baron is the wine fan; the fB is the chemist.

If you’ve followed any of these links you now know I haven’t even scratched the surface. No Camels meets the Greek triumvirate, celebrating Truth, Goodness and Beauty.

See you later on today, in the not-so-wee hours.

4 thoughts on “No Camels? Seriously?”