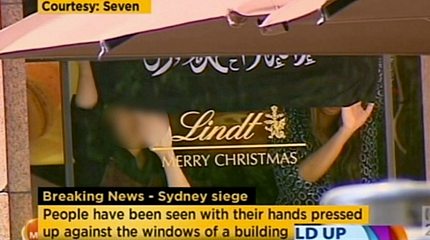 From an Australian reader:

If the Muslim(s) inside the coffee shop is going to harm the hostages (my bet is that he’s got explosives, perhaps even a machete in his back pack) he’ll probably do it when Europe/Syria wakes up in a few hours, maximizing the shock effect by carrying out his grizzly deeds on live TV for audiences overseas.

Maybe he’ll behead as many hostages as possible and then set off the explosives when the SWAT team/SAS team enter the premises.

I’ve been watching the rolling live TV coverage for the last couple of hours, and all the “expert commentators” keep parroting the lone wolf nonsense. Funny then that the authorities have shut down half of Sydney and increased security all over Australia.

I guess the guy must come from a pretty big pack, eh?

Also: a radio host apparently spoke with one of the hostages.