The following article about the implications of the cyber attack on Sony — regardless of who the real perpetrators turn out to be — was published recently by the Center for Security Policy. 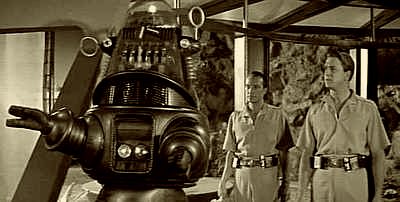 (Washington, DC): In the aftermath of the devastating attacks on Sony Pictures computers, there is a heightened recognition that other information technology systems may be at risk of what President Obama last week depicted as “cyber vandalism.” Others call it an act of war in the new domain known as the cyberbattlespace.

Increasingly, national leaders are recognizing that one of the prime targets for such attacks in the future may be the control systems of the U.S. electric bulk power distribution system, better known as the electrical grid. The salience of those concerns has only been intensified by today’s news that computers have been hacked at the company that runs South Korea’s nuclear power plants.

A report from Reuters quotes a South Korean specialist in nuclear designs, South Korea University’s Su Kune-yull, as saying: “This demonstrated that, if anyone is intent with malice to infiltrate the system, it would be impossible to say with confidence that such an effort would be blocked completely. And a compromise of nuclear reactors’ safety pretty clearly means there is a gaping hole in national security.”

The Secure the Grid Coalition — a group of American national security practitioners, scientists and engineers co-chaired by former House Speaker Newt Gingrich and former Clinton Director of Central Intelligence R. James Woolsey — has long believed that the vulnerabilities of the U.S. grid pose an existential threat to the United States. That is a finding confirmed by no fewer than eleven different studies performed or commissioned by the federal government over the past decade.

Unfortunately, cyber attacks are not the only manner in which large regions of the country could be subjected to disruption or destruction of the electric grid. These include: physical sabotage of the kind seen notably at the PG&E Metcalf Substation outside of San Jose, California on April 16, 2013; the danger of strategic electromagnetic pulse (EMP) strikes involving the detonation of one or more nuclear weapons high above the United States; the use of radio frequency weapons (RFW) to do locally what an EMP would do over large areas, weapons that can be built using readily available hardware or adapted from commercial technology; and naturally occurring intense geomagnetic disturbances (GMD) that produce potentially devastating electromagnetic solar storms.

In connection with the last of these threats, NASA marked last July the second anniversary of a very close call: A so-called Carrington-class GMD missed the earth by one week in the summer of 2012. The NASA press release noted that the probability of such an event hitting us in the next decade was twelve percent.

One of the preeminent leaders in Congress championing corrective measures to protect the nation’s grid against EMP and these other hazards is Rep. Trent Franks (R-AZ). He appeared today on Secure Freedom Radio, a syndicated talk radio program sponsored by the Center for Security Policy, which also hosts the Secure the Grid Coalition. Congressman Franks’ call-to-arms could not be more clear:

There is a moment in the life of nearly every problem when it is big enough to be seen by reasonable people and still small enough to be successfully addressed. Those of us across America live in a time when there still maybe opportunity for the free world to address and mitigate the danger that naturally occurring or weaponized EMP represents to the mechanisms of our civilization. This is our moment.

The vulnerability of America’s electric grid is a ticking time-bomb. Our government knows that, if that vulnerability is exploited by enemies or afflicted by space weather, we could experience the end of our nation as we know it. Many of our foes are aware both of the grid’s susceptibility to attack and the potentially catastrophic consequences for this country and its people should it happen.

Only the public is still largely in the dark about these dangers. If something is not done promptly to rectify this situation, our countrymen and women risk being kept in the dark permanently. We must secure the grid now.

An important step in that direction was the unanimous adoption by the House of Representatives late in the lame duck session of legislation lead-sponsored by Rep. Franks: The Critical Infrastructure Protection Act (H.R. 3410). It would require that: electromagnetic pulse threats — both man-induced and naturally occurring) become the subject of a national planning scenario; research and development into the techniques needed to protect the grid; and a plan to be drafted and presented to Congress for achieving that protection.

Unfortunately, the Senate did not consider this legislation before it recessed, meaning both houses will need to take it up afresh in 2015. There is, however, an evident determination on the part of both the chairmen of the House and Senate Homeland Security Committees, Rep. Michael McCaul (R-TX) and Sen. Ron Johnson (R-WI), respectively, to do just that early on. The Secure the Grid Coalition stands ready to support that effort.

Secure the Grid Coalition members are available for comment on the electric grid’s susceptibility to cyber warfare and other threats — and what needs to be done to protect it against all hazards. More information can be found at www.securethegrid.com.

One thought on “The Future Cyberwar”