A series of bombs has exploded in Malmö over the past few days. As most readers know, Malmö is the most culturally enriched city in Sweden, although Gothenburg and the suburbs of Stockholm are rapidly catching up. Malmö is also the largest city in Skåne (southern Sweden), and lies just across the Öresund from Copenhagen. For all I know, the recent bomb blasts may have disturbed the citizens of eastern Copenhagen, if they were not too deeply asleep at the time.

Our Swedish correspondent Alfred Fredriksson has translated a video and provided other translated material about recent events in Malmö. Many thanks to Vlad Tepes for subtitling this Swedish news report:

The first image (translated from the Swedish original) shows the demographics of Malmö for the last eight years, along with a prognosis: 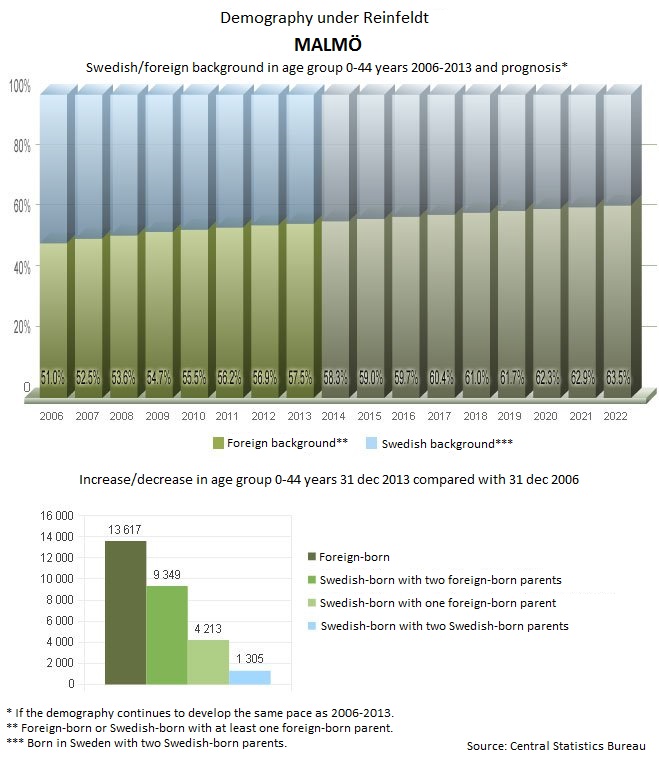 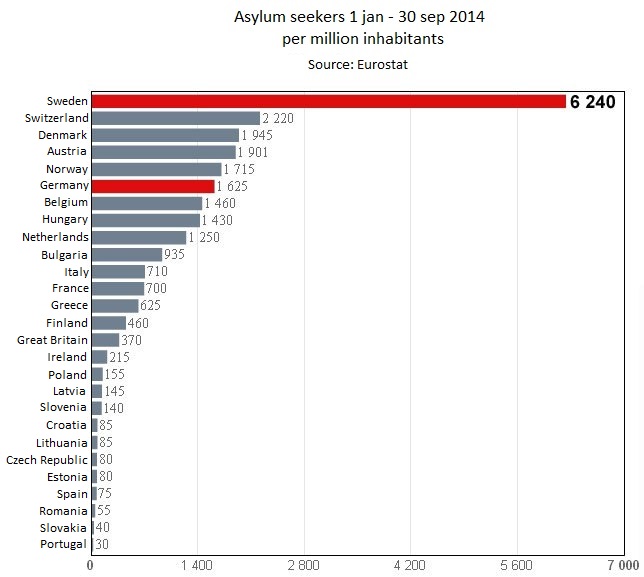 These images may provide a clear explanation as to why we now have bombs exploding, skyrocketing crime, riots, segregation, etc. Not that we didn’t already know why…

When taking into account the new level, the process will go even faster, and there is no sign that immigration won’t continue to increase. And, considering these numbers, Swedes may expect many more bomb blasts in the future.

Below are excerpts from two English-language articles about the recent bombings in Malmö. From Sveriges Radio:

Malmö police have confirmed that bombs were the cause of two large explosions in the Rosengård district of the city last night.

No-one was hurt in the blasts, and police do not yet have any suspects. One car exploded and the other blast was targeted an office.

“Our bomb technicians say the explosive devices at both places were pretty big. We have found pieces of tyre fifty metres away from the site of the car bomb. That’s a sign of a pretty big device detonating”, Linda Pleym from the local police in Malmö tells Swedish Radio in the city.

Police say they do not yet know if the two explosions are linked, and have not yet located any witnesses.

A second bomb exploded outside a housing office in the Malmö district of Rosengård Saturday night. It had already been targeted by another bomb the previous night.

“Some windows have been broken. Both in the office which belongs to an estate agent and in an apartment next door”, Skåne police chief Magnus Lefèvre told Swedish Radio News Malmö.

This is the third bomb in the same area in just two days, a car bomb also detonated in the area Friday night. Police say they cannot yet confirm if the blasts were linked.

Hat tip for the articles: Fjordman.