Our Swedish correspondent Alfred Fredriksson sends his report with the latest on the immigration debate in Sweden. Actually, it’s hardly a debate at all, not by the standards of the rest of the world. Only in Sweden could these timid whispers about immigration be characterized as a “debate”.

The debate in Sweden grows more bizarre with every passing day.

Recently the Christian Democrat leader Göran Hägglund wrote an article with some proposals to reduce costs for mass immigration. He said that we must uphold the current level of immigration, but that we should slightly reduce welfare for asylum seekers, use temporary resident permits instead of permanent ones, and send people home if the situation in their country stabilizes. He was of course accused of racism by large parts of the establishment.

Anders Borg, the finance minister in the previous government under Fredrik Reinfeldt made this comment, translated from Expressen, one of Sweden’s leading tabloids:

Anders Borg says that he does not accept the basis for the proposals.

“All really well-functioning parts of the global economy bear the stamp of diversity and multiculturalism,” he says in Ekot’s Saturday interview, and continues:

“A multicultural society is an effective and strong society. The ongoing debate in Sweden is really strange, as if it would be a problem that people immigrate. I don’t share that view. I think it is a great advantage that tens of thousands of people have come from Syria, Iraq, Iran and Somalia. They contribute to making Sweden better and a more dynamic and exciting society. All really exciting societies we see that have a high level of innovation and transformative power are diverse.” 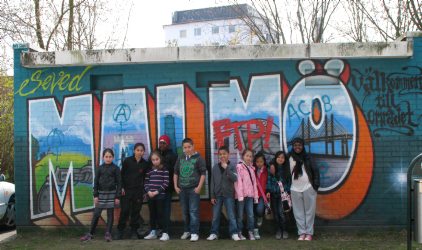 Borg also makes a comparison with the situation in Finland.

“When I am in Finland and discussing the Finnish economy, one of the obvious problems is that they don’t have immigration. They lose something like 15-20,000 people on the labor market every year,” he says.

Fredrik Reinfeldt (from the Moderate party, a former prime minister) also made an unintelligent remark about immigration recently:

In an interview with the Danish Politiken daily, Reinfeldt once again categorically rejected any active cooperation with the Sweden Democrats.

“There is no place for the Sweden Democrats on the ‘borgerlig’ (liberal/conservative) side of Swedish politics,” he said.

Reinfeldt furthermore rejected the notion that Sweden offers a safe haven for more refugees than the country can cope with, saying that there is plenty of room in the Nordic countries for more human beings fleeing oppression and war.

“What does the word “enough” mean? Sweden is full? The Nordic region is full? Are we too many people? We are 25 million people living in the North. I often fly over the Swedish countryside and I would advise others to do. There are endless fields and forests. There’s more space than you might imagine. Those who claim that the country is full, they should demonstrate where it is full.

While the Christian Democrat proposal is a step in the right direction, it does not tackle the problem, which is the massive number of asylum seekers flooding into Sweden. It is probably just a way to try and stay in parliament, because they are close to the four percent threshold. I do not believe it is sincere.

30 thoughts on “Making Sweden a More Dynamic and Exciting Society”