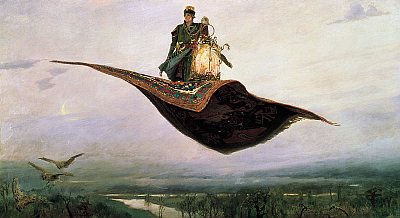 Thanks to the actions of the Islamic State, more and more Westerners have become aware of the scriptural justification for murder, rape, slavery, and all the other wonderful sharia-based practices now spreading across Iraq, Syria, Lebanon, and Libya. It’s becoming harder and harder to support the assertion that the “extremists” have misinterpreted the Islamic religion.

As a result, over the past few months, a different approach has been suggested: reforming Islam. I received the following email today from an American non-profit organization that works to counter Islamic violence and repression:

How do we explain the appeal of groups like ISIS to Muslim believers? Where are the borderlines between their Islam and that of other Muslims? Who can give us answers to this?

This conference brings together leading Arab Muslim thinkers who provide cutting-edge analysis of what is powering Islamic radicalism. Their courageous diagnosis for reform goes far beyond what we are accustomed to hear.

The event coincides with the launch of a new publication: Reforming Islam: Progressive Voices from the Arab Muslim World featuring penetrating essays from the authors of the Almuslih website www.almuslih.org.

This is not the first set of Muslim voices to promote Islamic Reform. “Moderate Islam” has become passé; reforming Islam is all the rage. Would-be reformers of Islam are suddenly popping up all over the place.

In several comment threads here over the past few weeks Hesperado and DP111 (and possibly others) have pointed out that the proposal to reform Islam is a fallback position for Muslims in the West. The previous position — that Islam is not inherently violent, and most Muslims are “moderates” who are peaceful — has become unsustainable. Therefore prominent Muslims who interface with Western media, think tanks, and politicians — the most important operatives in the information war — are retreating to a better-fortified position, where they may more effectively protect core Islamic doctrine.

They are saying, in effect, “You were right all along — parts of the Koran and the hadith are violent. Therefore Islam must reform itself. Listen to me and other enlightened Muslims, and we’ll tell you how it can be done.”

Now begins an attempt to work around the Doctrine of Abrogation, get rid of certain explicitly violent scriptural passages, reinterpret other more ambiguous ones, and then PRESTO! A new, better, reformed Islam is born.

Meanwhile, the core of Islam, with its mosques and doctrines and jihad and followers, remains essentially unchanged. If the faithful are patient, in a generation or two they’ll have the numbers to enforce whatever kind of Islam they want throughout the West. They just need to hunker down inside a sturdy redoubt until the trouble has passed.

How do I know that’s what all these reformers are up to? Well, I don’t — and that’s precisely the problem: I can’t know for certain until it’s too late, because deception is built into the system. Once again, I’ll draw on the comprehensive research performed by Major Stephen Coughlin to illustrate what I mean.

Most readers will have already heard of taqiyya, which is generally understood to mean lying for the sake of the Islamic faith:

Al-Taqiya — a concept based on Quran 3:28 and 16:106 as well as hadith, tafsir literature and judicial commentaries that permit and encourage precautionary dissimulation as a means for hiding true faith in times of persecution or deception when penetrating the enemy camp.

“Concealing or disguising one’s beliefs, convictions, ideas, feelings, opinions, and/or strategies at a time of eminent danger, whether now or later in time, to save oneself from physical and/or mental injury.”

One result is the ability to maintain two messages, one to the faithful while obfuscation and denial is sent — and accepted — to the non-Muslim audience.[1]

The law on Islamic “slander” illustrates the application of sacred lying to practical situations:[2]

(2) “Do you know what slander is?” … “It is to mention of your brother that which he would dislike.”

So lying is forbidden, but even the truth can be forbidden under circumstances. If I say something about Islam that is true, but Muslims do not want anybody to know, I am still guilty of Islamic slander.

Every rule must have its exceptions, and slander under Islam is no different. Reliance of the Traveller gives six reasons for permitting slander, but I’ll quote only one of them, “Permissible Slander,” r2.16:[3]

Slander, though unlawful, is sometimes permissible for a lawful purpose, the legitimating factor being that there is some aim countenanced by sacred law that is unattainable by other means.

So if a Muslim cannot advance sacred law except by deceiving someone, he is allowed to deceive that person. And if his goal is considered mandatory under sharia, then lying is mandatory.

“Baron,” you say, “are you telling us that we cannot trust Muslims because they are lying to us?”

I have no way of knowing whether or not they are lying to us. My point is this: we know Muslims are obliged to obey these rules, so at any given moment they may be lying, because Islamic law requires them to lie under certain circumstances. These facts simply put us on notice that somebody has the ability and the right to deceive us, according the professed doctrine of Islam.

This bears no resemblance to our understanding of what slander or defamation mean. It is fundamentally different.

And all this is obligatory. All Muslims are required to obey this rule. If we have maneuvered ourselves to the point where the only people who are allowed to tell us about Islam are “moderates” and “cultural experts”, then our ability to acquire knowledge has been subordinated to what Islamic law says we are allowed to know.

This is why we Counterjihadists have an obligation to undertake the due diligence necessary to understand what has happened to us, and what is being done to us even now. It is our professional responsibility to do so.

And it also shows us why we can’t take the word of Muslims about the real meaning of Islam — reformed or otherwise.

35 thoughts on “The Fantasy of Islamic Reform”