This is the final installment of a three-part guest-essay by Thucydides. Previously: Part 1, Part 2. 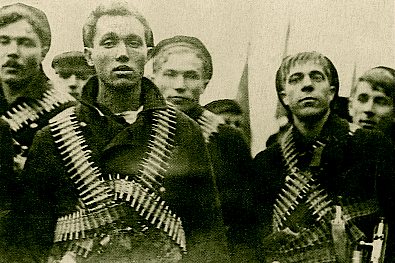 I have described a self-serving, immensely empowering and gratifying worldview, one that protects one from the adverse consequences of failure and betrayal by transferring allegiance away from those supposedly to be served to the group of which they are a part; one that is hermetically sealed off from argument, from evidence, from shame and guilt, from remorse, and from contrition and penitence by means of group solidarity. This worldview, if not vigorously combatted, will lead the West to drift inexorably away from republican forms of government and toward a fascist variant, one that in time, as tensions and contradictions become more apparent and more insoluble, will evolve from a soft despotism into something harder and more overtly menacing.

What then is to be done?

Freud said, “Reason is no avail against human passion.” It certainly is of no avail against this hermetically sealed worldview, one that privileges holders and leads them to believe that they possess a special kind of esoteric insight that renders them immune from criticism by “know nothings.”

So what is to be done? Certainly not to bewail our fate. Nor to attempt to re-analyze our situation, which God knows has been endlessly analyzed by minds far better than mine. Nor can it be to make impassioned appeals to our faithless leaders, almost all of whom share French Socialist Premier Hollande’s contempt for the “toothless” poor, whom Trierweiler reports he calls the sans dents. Most members of traditional-values coalitions and the counterjihad are certainly poor, and any amount of money we could raise would pale in comparison to the wealth the oligarchs and governmental elites can mobilize.

Some in the counterjihad hope that when the day of overt conflict comes, the governing elites will have no choice but to side with the indigenous population. I think this is by no means certain. What is clear to me is that European leaders fear widespread civil unrest. And they do so for many reasons:

These fears, which all but ensure a continued dual policy of appeasement of Muslims and intimidation of their non-immigrant populations, are most acute in France and the UK, but exist everywhere Islamic populations are large and militant, e.g. Belgium, Holland, and Germany.

Can this be done through reasoned debate? Doubtful. Instead, we must take a page from those on the Left who have waged successful social insurgencies, from those on the Left who understand the futility of reasoned debate where deeply, almost religiously held, beliefs are involved, and who therefore adopt a strategy rooted in relentless psychological intimidation; in essence in psychic warfare.

Take homosexuals. Some in the US, even those sympathetic to their cause, have called gay activists the “gay mafia” for their brutal, take-no-prisoners rhetorical and legal bullying. Like Islamists, gay activists have lied about only wanting acceptance. Like the Islamist, what they really want is to stamp out opposition to their increasingly ambitious agenda, and this they have pursued, like Muslims, by all possible means, including legal bullying. What this means is that one lawsuit won is worth a hundred brilliant analytical essays.

Conclusion? Spend less time writing essays and more time enlisting attorneys like the UK’s Gavin Boby, whose work in stopping the building of mosques in the UK is more valuable than a hundred or even a thousand essays. Ten Gavin Bobys on the loose on behalf of the counterjihad would be worth more than a thousand or even ten thousand brilliant counterjihad essays, because the essays, while they make us feel less alone, do not arouse additional hope and the harnessing of militant energies, whereas even one legal victory does. How much more, then, will ten or a hundred legal victories?

For those who must limit themselves to rhetorical activity, let me stress that being able to return meaningful fire will require that we loosen the rules of civil discourse, and adopt the playbook of the faithless, who rely on ad hominem attacks and the dishonest framing of their opponent’s position more than reasoned argument; who realize that argument exists not to arrive at a deeper understanding of the truth, but to delegitimize not only one’s adversaries’ arguments but their adversaries themselves, by which means they delegitimize their opponents’ very right to hold any respectable position.

To accomplish this will not be easy, and one can expect enormous pushback. But that said, still one must concentrate one’s energies on exposing the pervasive faithlessness and its present and future consequences in media venues that will gain a larger audience than traditional counterjihad websites. One must attack the faithless frontally and if possible, publicly; one must punish them relentlessly, especially their media lapdogs. Maul them. By means of one’s rhetorical blows, make them bleed. You will know you are having an effect when they become as apologetic and defensive as we who oppose them have been forced to become.

How often has one seen a conservative or traditionalist adopt a defensive tone? When can you recall a member of the media, or a Liberal or Leftist politician pre-emptively apologize for fear they will be slandered? In the psychic struggle being fought everywhere in the West, the goal is to define and to avoid definition. Therefore, never apologize, never defend. Follow Patton’s advice: Attack. Attack. And be very personal.

Too ugly, you say. Of course — that’s the point! But that does not mean this playbook does not work. Sadly, it works all too well. We have previously mentioned gays, but others could be mentioned — the Palestinians, for example. Ugliness is how and why the Palestinians successfully delegitimize Israel, despite their militarily losing.

Turn the tables. Show that they are bad people, very bad people.

Obama’s foreign policy is a disaster. Yet so cowed by the pervasive slanderous ugliness are most commentators that the most even courageous commentators can bring themselves to say about it is to paraphrase Dinesh D’Souza’s anti-colonial argument about Obama, namely that Obama thinks US influence in the world has been malign, and that US Global influence and the US footprint should be made smaller for the good of the world. But Obama was not elected to protect the world’s interests but to protect US interests, and those of the citizens he supposedly serves. But he has privately deconstructed his service oath and reconstructed it to serve his larger, more grandiose vision.

EU leaders are even worse, sacrificing national interest almost everywhere, paradoxically even in Germany as Thilo Sarrazin makes clear in his book, Germany Does Away with Itself (Deutschland schafft sich ab). How one must ask, does the behavior of any of these leaders differ from faithlessness to their oath of office? It doesn’t.

One might ask the same thing about EU foreign policy toward the Palestinians. How can all this be reconciled with one’s oath to defend the national interests of any European nation, let alone, the EU? It can’t.

To fully understand the faithlessness of UK and EU leaders, one must analogize it. Imagine the Director of Communicable Disease for Europe arguing that he cannot issue a quarantine because not everyone in the infected area is infected by the pathogen, and to punish the uninfected because of the infected would not be “fair” to them. And yet this is the same argument insisted upon as justification for allowing massive Muslim immigration into Europe, despite the fact that everyone knows that a significant percentage carry the pathogen of Islamic jihad, and that even those who show no present symptoms, may carry a dormant strain of this virulent pathogen.

In sum, never defend. Only attack. The more one’s attack addresses the true faithlessness manifested at every turn throughout the West from the smallest bureaucrat to that non-entity who is the President of the European Council, where all real decisions are made away from the prying eyes and interfering whims of Euro-sceptics and other European troglodytes.

The more personal and punishing the attack, the more effective it will be.

39 thoughts on “The Delights of Faithlessness, Part 3”