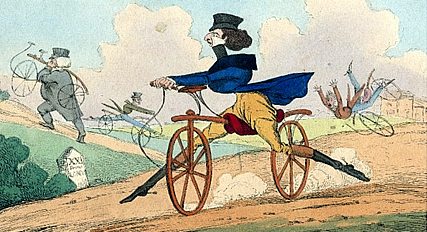 Many of our readers will be aware that JLH spends most of his time translating German for us. However, a while back he took some time off from all the umlauts and the eszetts to pen a little spoof for us. It’s been in my “IN” tray for a few weeks, but now is a good time to break it out, in the wake of last night’s congressional elections:

The Charge of the Lightweights

by JLH
With apologies to the shade of Lord Tennyson*

Side to side, they careened,
But their base remained serene,
Placid and somewhat cowed,
Despite the dark suspicion that
Someone was stupid.
Theirs not to reason — why?
Theirs but to vote and sigh.
Through a world they’d driven mad,
Bumbled the White House crowd.

IS to the right of them,
Putin to the left of them,
Muslim Brothers holding their hands,
Clichés resounding proud,
Blindly, halting but pell-mell,
Thinking still that all was well,
Into the maze they went —
Faster than word can tell.
Insouciant White House crowd!

Then flashed their intellects bare,
Flashed as they twisted in air,
Torturing the tactics there,
Blotting their copybooks
While the world mused out loud.
Lost in the mirrors and smoke,
Preconceptions bent and broke.
Leading from behind —
“Please, can we just rewind?”
Allies and enemies alike
Reeled as from an obscene joke —
Clever old White House crowd.

Sycophants to the right of them.
Sycophants to the left of them,
Leftists and Muslims behind them,
They follied and blundered,
Desperate friends left in the lurch,
Those who had fought so well,
While their hopes and countries fell —
Still our heroes emerged untouched,
Thinking not overmuch,
Ayres and Alinsky proud
Of their doughty White House crowd.

When can their ignominy fade?
Oh the wild charges they made!
Not bloody, but not unbowed,
Dishonor is their middle name,
And no one now disputes their fame,
Ignoble White House crowd.

5 thoughts on “The Charge of the Lightweights”