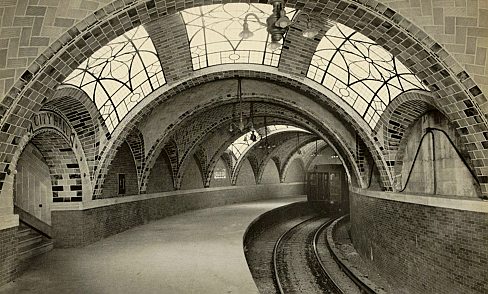 As you all can see, we are beginning our quarterly fundraiser this morning. A couple of weeks late, mind you, but the leaves are just barely beginning to turn, and the autumn is still young.

A lot has happened here at Schloss Bodissey since we last dunned our readers for a groat and a crust. As you may recall, we concluded last summer’s fundraising week with the decision to take on some form of advertising. That was Dymphna’s job, and she was prepared to nail down the particulars with Amazon.

Unfortunately, reality intervened, in the form of various physical ailments that made it progressively more difficult for her to do anything. The climax of her medical crisis arrived two weeks ago, when she had a pacemaker surgically implanted after we both spent the night in the emergency room.

She is on the mend now, but only provisionally — the device does not always seem to be functioning the way it is supposed to, and we will be visiting the cardiac specialist later this week so he can scan the pacemaker with his electronic eavesdropping gadget to discover what it has been up to these past two weeks.

Dymphna will tell you more about that later on. In the meantime, it’s my job to exercise my persuasive escritorial skills in such a way that your hand, seemingly of its own volition, reaches into your pocket for your billfold…

The theme of this week’s fundraiser is “Third Rails”. In American political parlance, a Third Rail is an issue that is so contentious and fraught that no candidate for office dare touch it, for fear of going down in a shower of sparks on election day. The metaphorical reference is to the third rail on a subway line, which is “hot” — that is, it carries the electric current that powers the engine on the train.

The most well-known Third Rail of American politics has traditionally been Social Security. The issue was untouchable the first time I voted back in the 1970s, and it remains untouchable today. The merest whisper of a proposal to reform the pension system to make it solvent — or even slightly less bankrupt — can end a political career faster than you can say “colonoscopy”. Social Security is sacrosanct, and will stay that way until they entire federal Potemkin edifice collapses onto Pennsylvania Avenue.

But it’s not the only verboten topic in national politics, not by a long shot. Now that the media march together in ideological lockstep, various other issues have borrowed some of the high-voltage current from Social Security to become the fourth, fifth, sixth… and nth rails.

LGBT rights, just to name one example. Try voicing doubts about celebrating transgenders in the military and see what happens — never mind expressing the opinion that homosexuality is unnatural. Off to the re-education camp with you, Tovarisch!

And the most powerful electric charge is packed by the issue of race. It was his race that elected Barack Hussein Obama (twice), and his race has given him carte blanche (noire?) when wielding his phone and his pen on behalf of the commonweal. Nobody gives a flying futon about the content of his character. Only the color of his skin matters. The race card has become the trump card of American politics.

Woe betide anyone who suggests there is an Ethiopian in the fuel supply of American politics! No one risks touching that issue, not if he intends to continue suckling at the marvelously lucrative teat of federal, state, and local political office.

Needless to say, the Third Rail of race is the one that most often frizzes our hair here at Gates of Vienna. My foot is pretty much permanently attached to the snap, crackle, and pop of that steely line. When I shave in the morning I watch in the mirror as sparks jump from the blade to my chinny-chin-chin.

The penumbral emanations of race extend to immigration, so that anyone who questions the wisdom of the mass importation of foreigners is by definition a WAYCIST. This is why so many American politicians fall all over themselves to support “amnesty” in one form or another — not to do so is to be the equivalent of a 21st-century Hitler, herding those poor brown-skinned immigrant waifs into cattle cars and sending them back across the border to their deaths.

From there it’s an easy segue to “Islamophobia”, which the OIC and the UN have determined to be a form of “racism”. To advocate action against the Islamization of the West — or to suggest that there might be even a teensy-weensy problem with the ideology of Islam — is to join the ranks of Nazis, Grand Kleagles, white supremacists, and all the other dread behemoths that disturb the slumber of Gutmenschen throughout the civilization formerly known as Christendom.

This is why earnest scholiasts continue to believe in the Moderate Muslim.

This is why it is all but impossible to propose the complete removal of Islam from the public sphere in Western societies.

This is why a realistic appraisal of the task that confronts us may not be discussed in polite company, for fear of the withdrawal of funding.

Which brings us back to the topic of this post: FUNDING. The owners of this blog face the quarterly necessity of obtaining the wherewithal to maintain this enterprise.

We’ll keep putting our feet on that rail. We’ll continue writing about the electrified topics ourselves, and we won’t stop inviting Fjordman, Takuan Seiyo, Paul Weston, and all the other WAYCISTS to publish their essays here.

This means that we will never be able to draw on any major sources of funding provided by reputable philanthropic organizations. Those outfits simply won’t go to the places where we routinely hang out, with all those blue sparks constantly crackling around us.

We depend on you, our loyal readers, to keep us going. So each quarter we devote one week — well, eight days, really; Dymphna calls it an “Octave” — to hectoring you for support.

This is it! And there will be more tomorrow.

A final reminder: we tithe the intake from our fundraiser to Vlad Tepes, whose video work is crucial to what we do. Vlad and I operate as near-partners in this enterprise. So when you give to us, be aware that a tenth of your gift will be forwarded to Vlad.