The Washington Free Beacon is getting great mileage out of this joke told by Mitt Romney at a fund-raiser for Joni Ernst.

I first saw mention of the joke at The Hill and they sourced The Beacon but didn’t provide a link for it that I could find. Maybe it’s there and I didn’t see it?

More than likely it just jornolist-politics-as-usual. The small, incessant ungracious jabs and omissions that plague the Left’s behavior.

Who is Joni Ernst you ask? Here’s what I found online:

Joni Ernst is an American politician who serves as a Republican member of the Iowa Senate and as a Lieutenant Colonel in the Iowa Army National Guard. She is the Republican nominee for the United States Senate election in Iowa in November 2014.

I can’t remember where I got the info on her. Probably her website. But you should have seen the Lefty entries on this woman that covered the first page of the search. UGHLY… she’s a “tea party nut”, etc., ad infinitum, ad nauseam.

Oh, and she takes revenge on political opponents who do smackdowns. That is just awful; the Left never, ever plays rough with its Conservative opponents? Uh-huh. Sure… she’s a meanie all right. But what do they expect from a pig farmer and an Army colonel in the Reserves who served over in the sandbox?

One thing in her favor: Joni Ernst is NOT a lawyer. We need to rewrite the laws so lawyers can’t serve in political office. Add professional lobbyists to the list while you’re at it.

As for whether Romney protests too much about not running for President next time around, well, yawn. Who cares? He’s already got his coward’s credentials from the last round. That’s when he listened to the Republican National Committee and let them gut the Tea Party — the only grass-roots volunteers the GOP have.

Since Romney’s well-deserved loss to The Wan, we’ve also had the lesson of Eric Cantor’s humungous FAIL at the Congressional level. The Tea Party in Cantor’s Virginia 7th District roundly defeated him despite his exalted position; they replaced him with an economist burdened with the unlikely name of Brat. The intelligentsia back in the D.C. bubble oohed and aahed about this purported “upset”. Had they bothered to talk to the voters they’d not have been surprised.

Cantor was so sure he’d win yet again that he never bothered showing up at home to do much campaigning. Heck, he never bothered going there much when he served in Congress, even though his district is a short ride from his throne seat in the House. Other politicians my have felt the need to go home and hold a few Town Hall meetings, press a little flesh, pretend they were listening. Not Eric. 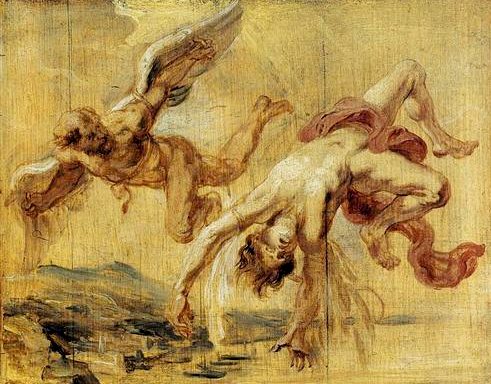 He spent more on food for his campaign than his opponent even had in his coffers. Can you say HUBRIS, Mr. Cantor? Can we say #SoreLoser? That must be the case since Cantor didn’t even serve out his term, so eager was he to get out of the Shame Seat and start living like Croesus. He resigned in August instead of waiting for this session of Congress to retire: tacky, tacky, indeed.

Was he jobless, living in Loser’s Ignominy? Not hardly. He immediately signed on with an investment banking firm for a yearly compensation of $3,400,000.00 (at that level, I don’t think they’re called anything as plebeian as “salaries”.

Oh, that’s another category of parasite we ought not permit to serve in our legislatures: investment bankers. In addition, those leaving political office ought to be barred from such employment as Mr. Cantor now has for a period of at least two years after their final day of service to the American people in the hallowed halls of our national legislature.

Those revolving doors have long been greased with American guts and gristle; these professionals are shameless. Even if it’s legal, Cantor knows full well what he’s doing is seen as bringing undue influence to bear on his former colleagues. Every person watching this fully legal fleecing knows that his “influence” won’t be of any help to average Americans.

Cantor was waay up there, up so high that normal folk get nosebleeds at that altitude. But even the Biggest can splat. So now our long-serving Eric becomes the very first House Majority Leader to ever lose an election.

What killed him? His pro-immigration views. Politicians of all stripes (and a few who should be wearing stripes) are deaf to the fact that their people back home don’t want more immigration. The people know well we can’t afford the ones that have been shoved off on us already.

What do want to bet that a lot of Dems and some ’Pubs have yet to learn that lesson?

As in R.O.M.N.E.Y. If he runs and fails to pursue the white male vote he’s doomed. And ain’t nobody inside the Beltway gonna let him do that — run toward Whitey, that is. When it comes to presidential politics, Romney is simply an amiable doofus. He saved the corrupt Olympics, he rescued many a company and invented others. But when it comes to running for president he’s operating on The Peter Principle.

Stay home, Mitt. Your wife has a multiple sclerosis and she deserves your full attention in her remaining years. She gave you five sons and was your staunch supporter and help meet for the 2008 election. Enough is enough.

Go spend time running your new neurological cures foundation with her. Spending your scads of money on her passion will bring some real good to the world.

Running for President of the United States? Meh. We now know it’s a Job Corps(e) Training Project. Any dummy can sit in the Oval Office and vegetate or work on his golf game and pontificate.

I’ll double-dog guarantee you, Mr. Romney, if you wear down your wife’s repeated wishes to never ever have to endure the rigors of campaigning again, you’ll lose a lot of votes just based on that decision alone. And your wife will not live as long as she might have otherwise in the job of First Lady. Ask Michelle, who called it “hell”. Our country is in a sharp decline. After eight years of the depredations of Obama’s careless, desultory rule it will take a generation or more to recover. Let your sons’ generation tend to the mending while you tend to your beloved.

Come on: show us what a real husband does when the sirens of ambition sing to him. Just freakin’ tie yourself to the mast and sail on by those sluts. Consider the prospect of beginning to train your sons in the trickeries necessary for attaining office. If you shy away from that work, if you hesitate to despoil your offspring that way, then don’t do it to Mrs. Romney either.