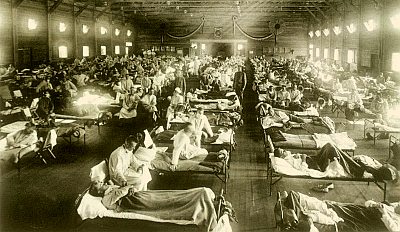 In the following video, Bill Whittle talks about Ebola, or more accurately, the current media panic over Ebola. He rightly highlights the massively corrupt incompetence of the Obama administration in its inept handling of the Ebola outbreak in the United States, and points out that the fear of Ebola that seems to have engulfed the country is largely due to the perception that the administration is incapable of dealing with the disease in a timely and effective fashion.

He then goes on to discuss the way in which the epidemic — which is not yet an epidemic here or in Europe, not by a long shot — is irrationally over-hyped by the media, feeding into the general hysteria. I have only two (relatively minor) quibbles with his talk:

I’ll be discussing one further aspect of the disease that Bill Whittle doesn’t mention. But first, let’s hear what he has to say:

In his essay about Ebola last Thursday, Fjordman mentioned the fact that as the virus spreads more and more widely, it will also become less deadly.

This true of all pandemic diseases. It is a statistical certainty that a deadly virus will become less deadly as it infects more and more victims, provided that it mutates from time to time, which all viruses do. Call it Darwinian mechanics: if a variant of the pathogen kills fewer of its victims, then more of its victims will walk around longer sweating and excreting, transmitting it to even more victims while those infected are still contagious. During the course of the spread of the disease there is an overwhelming selective pressure on the pool of related viruses in favor those that are less deadly.

The number of victims of a deadly disease increases exponentially as long as R0 — the average number of persons infected by a victim of the disease — is greater than one. However, the deadliness of the disease decreases exponentially at the same time. The rub of the matter is, of course, that the increase in incidence may be far more rapid than the decrease in virulence.

A prime example of this process is the great influenza epidemic of 1918-1919, which was exceptionally deadly, and killed more than 600,000 Americans in a very short period of time. Over the course of the epidemic, about thirty million victims are thought to have died worldwide — a large number, more than had died in the Great War, yet less than two percent of the world population at the time.

The disease disappeared very quickly as soon as it had spread widely. Within a few months, the worst was over. Within a few years it had become just another endemic virus, the ancestor of many of today’s flu variants, which are generally deadly only to the very young, the very old, and those with compromised immune systems.

Ebola is more deadly than the 1918 influenza. However, it also seems to be less contagious — R0 for the “Spanish Flu” is estimated to have been between 2 and 3, whereas for Ebola it is thought to be about 2.

So watch for Ebola to mutate and decrease in deadliness as the number of its victims continues to increase. I won’t venture to predict what the situation will be like in six months or a year, but it’s a safe bet that the disease will not remain as deadly as it is now.

Another interesting aspect of the Ebola epidemic that hasn’t been discussed much in the media, as far as I know, is whether it will behave any differently in a northern clime than it does in Central and West Africa. The virus evolved in a tropical environment. Will its R0 be any different in, say, Helsinki or Sitka than it is in Monrovia?

I haven’t read about any experiments being conducted to investigate the effects of latitude on the spread of Ebola. However, we may have a lot of real-time data to draw on in another six months or so.

13 thoughts on “Ebola Panic vs. the Ebola Pandemic”