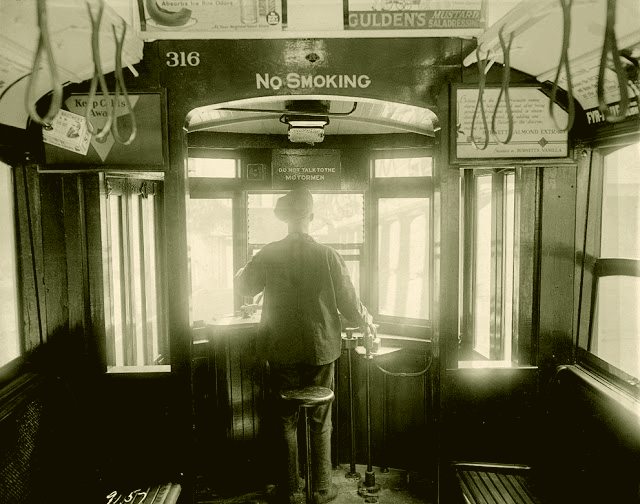 What Cannot Be Said

The theme of this week’s fundraising effort is “Third Rails”.

The chosen topic helps explain why we have to beg money from readers to cover our operating expenses. The untouchable aspect of our core mission and its various satellite issues guarantees that income opportunities normally available to more cautious writers remain mostly closed to us. My taking a day job to support what we do here would put Dymphna at risk, due to her precarious medical situation. So we chose this route instead.

The third-rail syndrome applies not just to politicians and public figures, but to anyone who speaks out where other people can hear. Virtually every topic has been politicized, and the penalties for holding the incorrect view can be severe.

There are certain things that simply cannot be said, not without the risk of being fired or arrested or losing the custody of children.

As I mentioned yesterday, the topic of race carries the heaviest baggage. Track the most heavily publicized career-ending incidents in the news: you’ll find that most of them involve white people saying Things That Cannot Be Said about persons of color. Statements by straight people about “gender issues” are now beginning to catch up, but race still leads the field.

This politically correct virus infects the entire culture, even the “Islamophobes”. A few months ago I was at an event sponsored by a Christian activist group that helps victims of religious persecution. These are good people, and they “get it” about Islam — they understand what Islamic countries do to Christians and other religious minorities. They view Islam as a dangerous totalitarian ideology. They don’t suffer from any delusions about “moderate Muslims”.

But as I was sitting there listening to them, I realized that there were certain things that no one would dare to say out loud in front of that group. Everyone in the room was white, so as a thought experiment, I imagined myself saying in a conversational manner, “You know, I really prefer the company of white people.” Fortunately, I never act on such foolish impulses. If I had, I almost certainly would have been asked to leave.

Yet a black person who an expressed a preference for his own race would not have been sanctioned. His statement wouldn’t even draw much attention. It’s racist for a white person to prefer white people, but not for blacks to feel the same about their own race. There’s no symmetry to the rules.

When the full nature of these rules is teased out and exposed to the light of day, the irrational absurdity of the whole business is plain for all to see. It must remain a Thing That Cannot Be Said, because saying it brings the reigning cultural paradigm to full consciousness, where everyone can realize just how stupid and harmful it is.

The issue of immigration borrows its shibboleths from race, because nowadays most immigration involves poor uneducated non-whites pouring into countries that were until recently civilized and prosperous nations, and were made that way by white Europeans. Anyone who advocates the curtailment of mass immigration is therefore a “racist”, and his opinion becomes yet another Thing That Cannot Be Said.

In the United States, the mantra that invariably puts a stop to the immigration conversation is: “America is a nation of immigrants.”

Why, yes, that’s quite true. But so is Sri Lanka. So is Ireland. Your point?

The mass importation of foreigners into the United States may have been a good idea a century and a half ago when the continent was largely empty. But now it’s full, and large-scale immigration no longer makes any sense. It will obviously strain the civic resources of our country and harm the people who were born and raised here.

But you can’t say that! It’s WAYCIST!

The “racist” meme is not only guaranteed to reduce white Westerners to quivering piles of jelly, it is malleable, and can be extended to almost any other issue. Muslim Brotherhood operatives in the West are not stupid, and they understand very well how to manipulate the race issue against the kuffar.

That’s why non-Muslims are so docile in the face of aggressive Islamic demands, because the “race” tag is attached to all of them, subliminally or openly.

And that’s why we feel compelled to focus on Islamic “extremists”, and piously yearn for the “moderate Muslim”. We’re certain that such reasonable people must be in the majority. They wear beanies and put their women in black bags and hate pigs and dogs, but otherwise they’re just like us. To think anything else would be WAYCIST.

The Things That Cannot Be Said include:

To acknowledge these facts would bring into consciousness the awful realization that more than a billion people want to destroy our way of life, and — in many cases — kill us. Once we have accepted that fact, the responses available to us are generally too horrific to contemplate.

So we don’t. We rule them off the turf instead.

They cannot be said.

But we say them anyway here at Gates of Vienna. Which is why we remain at the fringes of the margins of the outcasts who have been put beyond the pale.

And that’s why we hound our readers for money four times a year.

I’ve quoted these lines by Walt Whitman many times before, but here they are again:

The generous people who donated on the first day of this fundraiser checked in from the following places:

25 thoughts on “Do Not Talk To The Motormen”