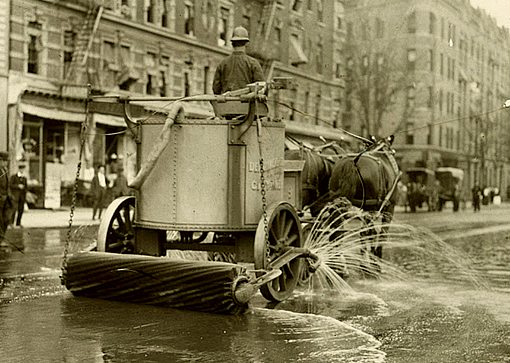 The theme of this week’s fundraiser is “Third Rails”; that is, the things that we are not allowed to touch, for fear of social or political electrocution.

Dymphna and I have ended up with one foot permanently welded to that PC third rail. We’re continuously zapped with bright electric flashes that reveal our skeletons in silhouette. Or maybe turn us into smoldering pickaninnies, like in the old Warner Brothers cartoons (which themselves are now presumably verboten as WAYCIST).

This is why we have to pester our readers for money four times a year: you can’t make a living saying things that have been cleansed from public discourse by the carbolic of political correctness.

My post about Fort Hood from earlier tonight (well, late last night, really) touched on the same theme: the “narrative” about Major Nidal Malik Hasan has been cleansed of any reference to Islam.

Our political and military leaders are forthright about the politically correct rules they apply to such matters. In the wake of the Fort Hood massacre, General George Casey Jr., the Army chief of staff, famously said: “It would be a shame — as great a tragedy as this was — it would be a shame if our diversity became a casualty as well.”

You can’t get any clearer than that, can you? No matter how many soldiers die, as long as our “diversity” is intact, we’re A-OK.

As most of you know, Vlad Tepes and I work together closely every day. Each evening, after the Europeans go to bed and things quiet down, Vlad and I often have lengthy, rambling text conversations on skype. He’s up in Ottawa, and I’m down here in the Virginia Outback, so this is how we stay in touch.

After I mirrored Vlad’s brief op-ed about Nidal Hasan, he and I had further discussions about the Killer Shrink of Fort Hood:

So Vlad feels a need for a soul-cleanser after too much of this Islam-related material.

So do I, actually.

He and I help keep each other from toppling into the pit of demonic madness that is the natural end result of looking too closely into the innards of Islamic ideology. There’s not enough Lysol in the world to clean off all those sharia stains.

That’s why I need to talk to another sane person on a daily basis — someone who has looked into this insanity as closely as I have — to keep from being overwhelmed by the horror of it all.

Yesterday’s donors checked in from the following locations:

Thank you all for contributing to the cleansing of our hearts and souls.

2 thoughts on “Cleansing the Language”