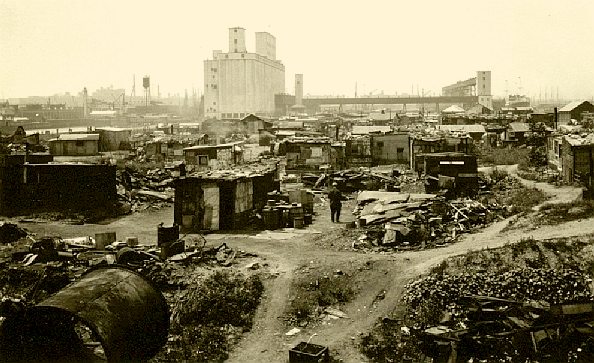 Here we are at Day Three of the Autumnal Quarterly for 2014. I am finally and at last compos mentis enough to put in an appearance before you, our beloved readers (standing with my hand out and a sign around my neck?).

For a while there it seemed as though I was going to be mute through the whole week. However, I am glad to say my voice has returned and I’m ready to take part in this effort once more. It was dismaying to think I might be silenced for the whole week, but such is the devastating impact of surgical procedures on people like me, those with Developmental Trauma Disorder (they keep changing the name, aiming for accuracy… I think they’re closing in on it. The PTSD of our wounded warriors, what Civil War doctors called Fragile Heart, is very different from the trauma acquired in infancy and childhood. The truer the designation, the better the treatments they’ll devise).

This fundraiser is particularly important to me because it happens to fall within the week we celebrate Gates of Vienna’s tenth year. I don’t remember precisely when these fundraisers became necessary, but I certainly do remember The Beginning of Gates of Vienna ten years ago today, on the 9th of October, 2004. I ponder those beginnings frequently, thinking how far we’ve wandered, coming to rest for the moment in a place somewhere between Hooverville and Margaritaville. The Baron’s humorous (and brilliant) conceit in naming our country cottage “Schloss Bodissey” never fails to make me laugh.

Most of you know that Gates of Vienna began as the Baron’s gift to me. At the time he was working long hours with a commute that only allowed him to come home two nights out of the five workdays. He realized that with the future Baron off to college and the by-then unavoidable onset of fibromyalgia (which meant I had to surrender my jobs and community work), I needed some kind of intellectual stimulus. The alternative was gradually to be less and less present to my own life. He knew me; he understood my requirements for an intellectual focus if I was ever going to move beyond the limits imposed by my daughter’s death and my growing inability to hold down even a part-time job. I am compulsively “useful” or I cease to exist.

Before I “left the world”, at my lowest ebb I’d repeatedly fall asleep while driving, waking up only as I drifted off the road and onto the verge. Sometimes I would have to find a safe place on the side of the road to sleep for twenty minutes before continuing on. The worst episode was when I made it into our driveway and oh so gratefully turned off the car before losing consciousness. Twenty minutes later I managed to traverse that final six tenths of a mile to our front door.

By then — 2004 — many of us not directly affected by the loss of family and friends on September 11th were beginning to pick up the pieces scattered across Ground Zero and beyond into the heartland of America. We couldn’t help but notice political discourse was getting uglier, people were becoming more polarized, what one was at liberty to say without social or economic repercussions was becoming ever more limited.

It was into that small circle — what one was allowed to say — that the Baron decided we could and should step, for my own continued engagement with the world if nothing else. We had no idea how truly miniscule that circle was to become as it evolved into a kind of chokehold on those who dared to wander off the reservation, the people who refused the faux wisdom of The Narrative.

2004 was the beginning of a long and sad learning curve:

It wasn’t just the warrior-mindset of Islam; every culture has those or it doesn’t long survive. No, what destroyed my hope regarding reformation was delving into the truly evil family dynamics of this primitive, characterologically regressive tribal system. In Islam “honor” trumps love and life, women and children and animals are sexual chattel to be used and disposed of. The growing immoral and destructively dishonorable sexual deviancy in Western life is abjured by honorable men in our culture. Not enough of the dishonorable destroyers are caught and punished, but we do more than pay lip service to correcting the problem.

Meanwhile the scope and depth of the structurally regressive sexual obsessions rampant in Islam are truly alarming. They sexualize everything they don’t kill.

If you really want to know what we’re up against, buy this and begin your studies:

Reliance of the Traveller: A Classic Manual of Islamic Sacred Law

It was several years before we learned of the existence of this beautifully bound and printed obscenity. It will be several more years until I work my way through all of it, a few poisonous pages at a time. I am still uncertain whether I ought to spend that much time on something so base… reading all of it is a questionable project at this point in my life.

However, I am certain it’s a book every person active in the Counterjihad needs to own and to study. It is crucial to know the depth and breadth of our enemy’s crippled, clipped moral calculus. It is vital to understand the deep chasm that exists between our thinking and theirs, between our moral reasoning and their lack of it. And it will alter your view of Islam to grasp how much of it is merely juridical. Not a moral system, not a religious belief; Islam is a supremacist utopian set of laws. It’s not about making yourself or the world a better place. Above all, beyond all, it truly is utter submission.

So now we head into the second decade of our work, wiser and sadder. We wouldn’t be here still were it not for your financial and moral support, and you have proved repeatedly that you understand this.

At this point I am not sanguine about my country’s survival. Obama has had six long years to bring us to our knees as a functioning republic and his work — or his overseers’ work — will continue apace in his remaining two years. He fills me with dread. The alternation of Scandals and Scares, with sometimes a combination of both, has left many of us numb and burned out. It has killed honorable people and ruined others.

But he’s not done impoverishing us yet. There is still the full implementation of ObamaCare. Combining the most destructive aspects of socialized medicine with the power of Big Pharma and the kleptocracy of a system answerable to no one, his “Affordable Care” is anything but. The intended consequences will do much to kill off the wealth of the non-government-worker middle class. Look for benign neglect of care for the old to be the main driver of “health” care for the elderly.

Nor has Obama seriously begun to implement his executive powers over carbon taxes, another driver of impoverishment, nor has he finished filling the land with diseased and uneducable third world primitive tribes.

He is busy burying our private enterprise with huge slabs of incentive-killing regulations.

Nor is he done with decimating the military and passing off their weapons to increasingly militarized police forces.

But to say I’m not sure about the survival of the United States does not mean I’m not sure of the survival of Americans. They will gather where they must to preserve what are now the old ways, the ones we inherited from Europe at her best, the ones we are determined to pass on to our children. It may be that the size of our country is no longer sustainable, especially with an administration bent on destroying our southern borders and our security. It may well be the case that borders will be re-drawn, with land ceded to Mexico or becoming a no-man’s land buffer zone where only coyotes roam.

America will change, but so then will all the countries with huge amounts of unassimilated hostile immigrant populations. I know there are limits on the numbers of “strangers” a country can absorb. But I know that the corrupt elites in most of the West have cynically gathered in more than their people can absorb. It may be that Europe will have the same problems to iron out that we do.

The future of our cities remains uncertain. Detroit is a worst-case scenario with Los Angeles and Chicago close behind. [The looming problems of #Ferguson Missouri are merely a reflection of what has been done to the city of Saint Louis and to Saint Louis County. That is a special case I’ll save for another day.]

Chicago and Detroit are being destroyed by the cartel that includes labor unions and Democrat machine politics. Los Angeles already has her Spanish name. Her drug wars will be intense and the area will begin to depopulate. Lots of smaller towns have already fallen to the immigrant influx. Whatever is not destroyed by disease, fires, and lack of water will gradually fall out of an American coalition. Mexico can afford to wait for whatever happens. But California has a huge economy, bigger than many countries. As parts of it revert to the semi-arid climate it had originally, the huge agricultural ventures will move to safer, more predictable areas, including the safer parts of Mexico.

The America that Europe loved to hate will gradually morph into a new place. When it has finally fractured into smaller provinces, maybe the map will begin to resemble present-day Europe (or as it would be without the EU). The days of the EU and the US as they are now constituted are probably numbered. A sense of place remains a strong pull, working directly against the globalist utopians. The latter will lose eventually, and we may all be a bit poorer. On the other hand, has the acquisition of stuff and more stuff made anyone happier?

Times ahead will be hard. Ebola looms, the dollar is being used as a weapon, and adults who want to work are finding meaningful work hard to come by. But I believe in the resilience of the human spirit. I believe that Islam, despite the depredations of monsters like ISIS, cannot survive in the modern world.

It is important to stay the course during the long transition back, but humanity has done it before. And previously the West has faced down Islam and prevailed. It will do so again, if in a different form this time.

History doesn’t repeat itself, but sometimes it hums the same refrain.

Wednesday’s generosity flowed in from the following places:

Many thanks to everyone who chipped in. See you tomorrow. Actually, later today…

13 thoughts on “Between Hooverville and Margaritaville”