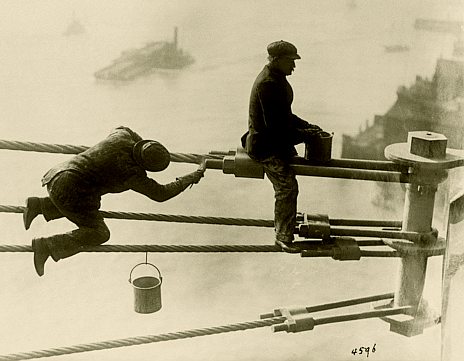 As you all know, yesterday marked the conclusion of our Autumn fundraiser. We owe a great debt of gratitude to everyone who donated to help us keep going for another quarter.

The theme of last week’s bleg was “Third Rails”: political and social issues that cannot be touched in public discourse. The necessity of writing all those posts about PC shibboleths drew my attention to news items that highlighted the untouchable topics. Believe me, there were plenty of them — the probable prosecution of Geert Wilders for touching the Third Rail of mass immigration was only the latest.

But what about the first and second rails? That is, the mandatory tracks that the wheels of public discussion are require to roll on? Those rails keep political conversations moving along the prescribed route, with no chance of veering off into boulders and brambles on either side of the track.

For example, the first rail might be anthropogenic climate change, concerning which the science is Absolutely Settled. Stay on that rail!

And the second rail might be gay marriage. Don’t let your wheels slip off that rail, or you may end up as a “bigot” — and prosecuted!

Many, many multiple rails. The most prominent one these days is the “nothing to do with Islam” rail. It’s getting a little cracked and rusty and pitted, but the wheels of the train are still required to follow it.

For example, a recent issue of the Islamic State’s English-language magazine bragged about their enslavement of Yezidi women, and explained the Koranic justification of it. Even CNN had to report the story in an article by Salma Abdelaziz:

In a new publication, ISIS justifies its kidnapping of women as sex slaves citing Islamic theology, an interpretation that is rejected by the Muslim world at large as a perversion of Islam. [emphasis added]

Notice the way the report made sure it stayed on the “nothing to do with Islam” rail.

How does the reporter know that the “interpretation… is rejected by the Muslim world at large”?

How does the reporter know anything about “the Muslim world at large”?

Does the fact that she has a Muslim name give her the credentials to know the opinions of more that a billion people, without any statistical research? Without conducting multiple surveys? Without collating the contents of thousands of books, newspapers, magazines, letters to the editor, and websites? Without reading the Koran and the entirety of the sahih hadith?

No, she just knows it. Everybody knows it, because it’s the track the media train runs on.

But ISIS is forthright and specific about the justification under Islamic law for the taking of slaves. By reporting accurately on the contents of Dabiq magazine, Ms. Abdelaziz opens up a window for CNN viewers and readers into what real Muslims — the ones who read their scriptures and emulate their prophet — truly believe.

“One should remember that enslaving the families of the kuffar — the infidels — and taking their women as concubines is a firmly established aspect of the Shariah, or Islamic law,” the group says in an online magazine published Sunday.

The rationalization for a return to slavery — repudiated around the world — coincided with the release of a Human Rights Watch report on crimes committed by ISIS against the Yazidis in Iraq based on interviews with 76 displaced people in Dohuk.

“The Islamic State’s litany of horrific crimes against the Yazidis in Iraq only keeps growing,” said Fred Abrahams, special adviser at Human Rights Watch. “We heard shocking stories of forced religious conversions, forced marriage, and even sexual assault and slavery — and some of the victims were children.”

ISIS forced tens of thousands of Yazidis to flee their homes in August when the extremists stormed many of the community’s towns and cities in Iraqi Kurdistan. Displaced families and monitoring groups reported jihadists kidnapped hundreds of Yazidi women and girls, and many were sold or given away to militants as “spoils of war.”

The mujahideen of ISIS understand sharia better than any CNN reporters, even those with Muslim names.

And they represent the “Muslim world at large”, as far as any objective observer can determine. The oleaginous Imam Rauf and Tariq Ramadan may say otherwise, but hundreds of thousands of active participants — and hundreds of millions of approving or indifferent spectators — contradict them.

This is the real Islam.

The final list of our donors’ far-flung locations includes just about everywhere besides the Islets of Langerhans:

All four components of the UK were represented: England, Wales, Scotland, and Northern Ireland. Northern England and Scotland were over-represented, however.

Canadian donors were mostly from Ontario, but we did see Quebec, Saskatchewan, British Columbia, and possibly other provinces I’m forgetting.

Australians were mainly from New South Wales, Queensland, and Victoria, although there was one from Northern Territory and one from South Australia.

Come winter, we’ll see you for another week of cup-banging and arm-twisting. Look for us sometime after the mistletoe comes down, when the ground is frozen, while the first flakes are falling among “those boughs which shake against the cold, bare ruined choirs, where late the sweet birds sang.”

8 thoughts on “Back to Woik”