Thoughts on the Elections in Sweden
by Fjordman

Sweden held national elections on September 14, 2014. As was expected beforehand, the ruling coalition government of Prime Minister Fredrik Reinfeldt announced defeat and will step down, after having been in power since 2006. Sweden’s likely new Prime Minister is the Social Democrat Stefan Löfven. However, the Sweden Democrats, the only significant political party to oppose the ongoing mass immigration and widely demonized by the mainstream media for doing so, became the country’s third-largest party at nearly 13 percent. They entered parliament for the first time in 2010. Since the other parties have vowed to isolate the SD, this could make the formation of a new government challenging. 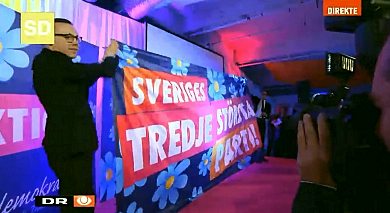 The election campaign in 2014 marked the first time when established politicians from other parties admitted that mass immigration actually costs a lot of money. It’s not at all “good for the economy”, a lie that has been systematically repeated for decades. It is likely that the presence of the Sweden Democrats has finally forced the other parties to at least hint that there could be problems related to mass immigration.

The establishment still does not give a full account of just how much it costs, though. Even very low estimates indicate that the current Third World mass immigration costs the country tens of billions of kroner every single year. A higher estimate indicates that immigration could cost Swedish taxpayers a couple of hundred billion kroner annually, after the cost of rising crime and other factors are included in the calculations. The natives are thereby funding their own colonization and gradual displacement. This bill keeps rising year by year.

Over the years, I have probably written at least as much about Sweden as about Norway, despite being Norwegian myself. Sweden is the largest country in the Nordic region. When people from other parts of the world refer to the Scandinavian welfare state model, they sometimes call it the Nordic model or the Scandinavian model. Often, however, they simply refer to it as the Swedish model.

Perhaps that is one of the primary reasons why Sweden is currently disintegrating at a rapid pace. Swedes have created the self-image that their country may not be a very large country, but it is a very important country. A model society for all of mankind, a kind of humanitarian superpower.

The European countries where the ethnic displacement of the native population has gone the furthest are France and Britain, especially England. Yet at least these nations once oversaw large colonial empires in other parts of the world. Sweden has never had an extensive colonial history outside of Europe. Nor is it situated geographically close to Africa or the Middle East, the way Spain, Italy and Greece are. The Mediterranean region is now being hit by a continuously rising wave of illegal immigrants from Africa, the Middle East and parts of Asia.

Sweden’s gradual disintegration is primarily due to ideology. Even some illegal immigrants who get a toehold in southern European countries such as Greece quickly want to move on to northern Europe. These countries have more generous welfare states, with Sweden being one of the most generous of all.

The Sweden Democrats have more than doubled in size between 2010 and 2014. Is this good news? By all means, yes. Will it halt Sweden’s descent into the abyss? Probably not. It may not even slow it down by much, since all of the other parties are entirely in favor of mass immigration, including the so-called conservatives. After all, 87% of Swedish voters in 2014 still voted for more mass immigration.

The demographic changes in Sweden that have been set in motion are astonishingly rapid. Absorbing 100,000 immigrants or more every year is a lot for a small Scandinavian nation. Many of these newcomers will bring relatives or spouses from their original homelands. Unless some serious changes happen soon, young ethnic Swedes today will live to be turned into a minority in their own country. A few minor cosmetic changes to immigration policies is no longer enough. The time for that is now past. Of course, neither Sweden nor other European countries can regain effective control over their borders and legislation until they leave the EU.

I have been arguing for a decade now that Sweden’s suicidal immigration policies are so bad that it should be viewed as a potential threat to the economy, stability and security of neighboring countries. I stand by that assessment.

It takes only a short drive by car across one bridge to travel from southern Sweden to Denmark’s capital city, Copenhagen. Finland, too, shares a land and sea border with Sweden. The country that is most at risk of importing Sweden’s diversity problems on top of its own, however, is Norway. Norway shares a land border of more than 1,600 kilometers with Sweden. Due to its considerable oil wealth, it is also the wealthiest of the Scandinavian nations.

Sweden still has money and is not bankrupt. Not yet. The authorities have many productive citizens they can squeeze for taxes to pay the bills. This will not last forever, however. Not under the increasing burdens of costs related to immigration and population replacement.

Despite this, there is hesitation in Norway to talk openly about Sweden’s problems and how this may affect others. Symptomatically, when the Swedish artist Dan Park was sentenced to six months in jail in the summer of 2014 because the authorities did not like his art, this triggered many critical articles in newspapers in Denmark. In Norway, the case largely met with silence.

I called Sweden “soft-totalitarian” in some of the essays I published years ago. Frankly speaking, I am not so sure about the soft part. If a state sentences an artist to six months in jail simply because it does not approve of his art, then it is totalitarian, plain and simple. 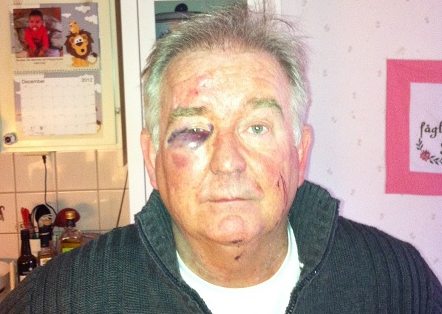 I have Swedish friends who are horrified about what is going on and do their best to halt the downward spiral. This is not an easy task in a society where you risk being fired from your job, and perhaps physically assaulted by left-wing extremists in your own home, simply for opposing your own national destruction. I will continue to support Swedes who do good work. However, for outsiders, Sweden is no longer a model country. It has now become a case study in national self-destruction, and a cautionary tale of what not to do.

It is not certain whether even voting for the Sweden Democrats is now enough to turn things around in Sweden. That being said, at least Swedish voters have one significant party represented in Parliament that is serious about substantially reducing the flow of immigration. It is not clear whether this remains true of Norway.

Between 2013 and 2014, the right-wing Progress Party for the first time entered into government in Norway. Admittedly, Prime Minister Erna Solberg is from the Conservative Party. This is also a minority government that needs support from other parties. As the junior partner in a minority government, one cannot expect the Progress Party to perform miracles. Yet they could at least do something. If not, they should acknowledge this and resign. So far, they have done almost nothing to reduce a rate of mass immigration that has made Oslo one of the fastest-growing cities in Europe. The Danish People’s Party in Denmark has had a greater influence over the country’s immigration policies outside of government than the Progress Party in Norway has had within government.

After the partial failure of the Progress Party, many Norwegians ask themselves whether there is a single party represented in their Parliament that is serious about reducing mass immigration. In this respect, Norway could actually be worse than Sweden.

14 thoughts on “Thoughts on the Elections in Sweden”