Vlad refers to Alton Alexander Nolen as the “Oklahoma Barber” because he did shave-and-a-haircut, sharia-style.

Now there are two Oklahoma barbers — half a barbershop quartet. The second one, however, is only a wannabe barber — he informed his intended victim of what he planned to do, and was arrested before he could act on his plan.

One barber worked in Moore; the other in Oklahoma City. The first was a homegrown American; the second a Kenyan. They only thing the two men have in common is that they’re Muslims — which means, from the point of view of the media and the FBI, they have nothing in common at all. No one knows why they did what they did. For some mysterious, unknown reason both of them decided to start beheading people. Neither incident has anything to do with Islam.

To my mind the most telling quote from this NewsOK article — aside from the would-be perp’s statement that killing Christians is “just what we do” — was this one: “The FBI said Friday about the tragedy in Moore that there is no current indication of any additional threat to residents of Oklahoma related to that incident.”

I don’t think the feebs realize that statements such as this have the opposite of their intended effect.

Think about it… Two Oklahoma beheadings, one intended and the other carried out. Neither alleged perp has any affiliation with an organized group. Neither has any connection to “terror”. If you believe our esteemed federal protectors, there is no larger conspiracy involved.

Yet, within the space of a few days, two men who beheaded or intended to behead people surfaced within the state of Oklahoma. Each of them professed to be a Muslim, and each said he acted in the name of Islam.

The net affect of all this is to make every American citizen afraid of every Muslim.

This is surely not what the FBI intended.

Here’s the what OKNews said about the case:

Jacob Mugambi Muriithi, a native of Kenya, was arrested Friday in Oklahoma City on a terrorism complaint. 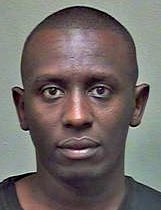 In a bizarre coincidence, a fired Oklahoma City nursing home employee was arrested Friday after a co-worker reported he threatened to cut her head off.

The arrest came on the same day police in Moore revealed fired Vaughan Foods worker Alton Alexander Nolen beheaded a co-worker after he was fired Thursday. Nolen is a Muslim convert.

Muriithi was identified as a native of Kenya who is living in Oklahoma City. He worked at Bellevue Nursing Home in northwest Oklahoma City, police reported.

The co-worker reported Muriithi threatened her while they were both working at the nursing home Sept. 19, a police detective wrote in an arrest warrant affidavit.

The woman was not identified.

She said Muriithi identified himself as a Muslim and said he “represented ISIS and that ISIS kills Christians,” the detective told a judge in the affidavit. The two had not worked together before.

ISIS is a reference to Islamic State militants responsible for highly publicized beheadings in the Middle East.

The woman said she asked him why they kill Christians and he replied, “This is just what we do,” the detective reported.

“The victim said Jacob was serious when speaking and never made any statements that he was joking or playing around.”

The woman reported Muriithi repeated the threat as she left work, saying in front of another employee that he was going to use a blade, the detective reported.

The FBI said Friday about the tragedy in Moore that there is no current indication of any additional threat to residents of Oklahoma related to that incident.

13 thoughts on “Oklahoma Is Not So OK”