Below is a press release from Voice of the Copts announcing that Ashraf Ramelah, its founder and president, has created a new political party in Italy which will support Judeo-Christian values in Europe.

A new political party in Italy 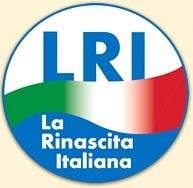 Today, August 6, 2014, a new political idea is born in Italy — a new political party created not by professional politicians but by people of different backgrounds pledging to one moral, ideological goal: the revival of Italy. Today is the birth of La Rinascita Italiana (The Italian Revival). The party will stand out in seeking to reclaim citizen rights in a program designed to benefit the Italian people.

The founder of La Rinascita Italiana (LRI) is Dr. Ashraf Ramelah, president of Voice of the Copts, a non-profit human rights organization. Its cofounder is Francesco Puocci, a civil engineer. Italy’s political scene is fraught with self-interest at the expense of the nation and its citizens. Identifying this was the founders’ first step in understanding that Italy must have a political movement unlike any other. Ambitious for ideals that will lift Italy from the mire of non-governance and political gamesmanship, Ramelah and Puocci have now created La Rinascita Italiana.

The current political establishment shames the great country of Italy — a nation known for its wealth of history, culture, and art. Italian citizens are losing pride in a nation that has less employment opportunities, rising taxation and dwindling services. What’s more, towns and cities across Italy must now cope with invading populations of immigrants that strain the welfare system. Italy’s power as a nation is in its ability to secure its borders. At the heart of Italy is hard work, compassion and charity — the embodiment of Judeo-Christianity and Italy’s strength!

Italians are fatigued by politics — jaded by good speeches and great promises leading to nothing. Meanwhile, the frenetic pace of leadership going in circles erodes a nation’s foundation and weakens the resolve of its people. LRI will restore Italy’s hope as it listens to the needs of the voters, understands the dreams of its youth and conducts its duty in the service of Italian citizens. LRI is certain to meet the vast challenge before it and confident of winning!

The dates and details of the following three LRI events will soon be announced and will take place in the upcoming months in the order listed below:

Sixty-nine years ago an atomic bomb was dropped on Hiroshima where hundreds of thousands of lives were lost in unimaginable suffering. Now we cry NO to nuclear weapons in the hands of Iran.

4 thoughts on “The Italian Revival”