I have written several times before about the rapidly changing global demography, but sometimes a message needs to be repeated until it sinks in. Just ask Coca-Cola.

One of the most important mega-trends in the world today is the changing demographic balance between the world’s countries and regions. Roughly speaking, some of the most technologically advanced societies with a high level of economic performance have below replacement-level birth rates and an aging population. This applies not just to Europe and the Western world, but also to East Asian countries such as Japan, South Korea and China. At the same time, less successful peoples as measured by their technological level breed faster.

Those who have a doctrinal dedication to open borders and the (highly questionable) claim that all peoples and cultures are equal will present a simple solution to this dilemma: Just let the dysfunctional societies continue breeding and let them send their excess population to countries with lower birth rates. The East Asian countries have not yet succumbed to such pressures because their political elites actually care about the long-term preservation of their people and are not open-border fanatics. Western political elites, however, seem stubbornly wedded to a nearly religious belief in open borders at all costs. 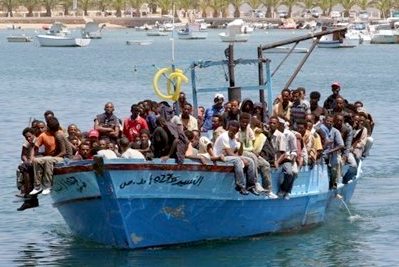 The challenge is that many people from backward societies will bring with them their dysfunctional culture if they move to other countries in significant numbers. As a result, we now have large and growing Third World ghettos in cities across the Western world, riddled with all kinds of social problems. How long can this continue until the newly arrived immigrants have made Western countries just as dysfunctional as their home countries?

It is true that birth rates fluctuate and will not necessarily be the same fifty years from now as they are today. Even in some Muslim countries such as Iran, they are lower now than they were a few decades ago. Yet they are still higher than in virtually all European nations. This is not just true of the Middle East or the Islamic world, but also of other parts of the global South.

A report from 2013 predicted that sub-Saharan Africa would record the largest population growth between now and 2050. According to the Population Reference Bureau, the world’s poorest region will more than double in population, from 1.1 billion to 2.4 billion. The current population of the entire European Union is just over 500 million people. It is estimated that Africa’s population will grow by more than twice that much, in two generations. Where are these people supposed to live? Will they have water, food and work at home? If not, where will they go next? 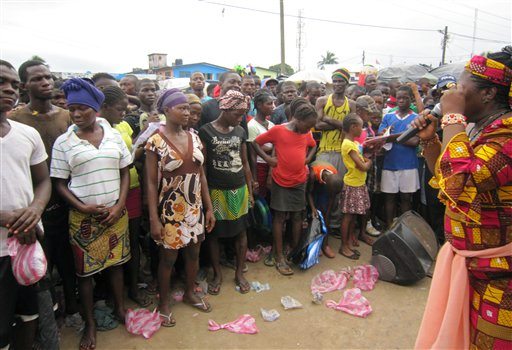 Many of them may remain in Africa. Yet if merely 8% of them were to leave the continent, that would amount to more than 100 million Africans departing Africa in just a few decades. If just 4-5% of Africa’s projected population growth in the coming 35 years were to head for Europe, Europe would be expected to absorb an African population the size of Poland or Spain in a relatively short period. This flood has already begun.

Western governments and human rights organizations seem to treat the huge influx of illegal immigrants as some kind of natural disaster, something that will pass. It is not, and it will not. It is an ongoing process, which keeps getting worse and worse. Europe’s misfortune is that it is situated right at the doorstep of the world’s most dysfunctional continent — Africa — and the world’s most dysfunctional cultural sphere, the Islamic world.

The continent of Africa today houses a population larger than that of the continent of Europe. This has not happened for thousands of years. Even now, African and Muslim illegal immigrants are fleeing from their own failed societies to get into Europe, sometimes risking their lives by literally swimming to European shores.

In August 2014, local police stations do not have the resources to identify the many illegal immigrants, mainly from sub-Saharan Africa and the Islamic world, who cross the Strait of Gibraltar in small inflatable boats headed for Spain and Europe. For 40,000 dirhams (4,000 euros) paid to mafias, illegal immigrants can even ride on powerful water scooters that take barely 15 minutes to cover the distance from Morocco to the Spanish mainland. They pay less if they smuggle drugs for the mafias. At the same time, Spanish public debt passed a record 1 trillion euros and was expected to reach 100% of GDP, a figure that Spain had not seen in a century.

According to a report by UNICEF from 2014, Africa will experience a continuation of its current population explosion in the coming generations. By 2050, four out of ten of the world’s children could be an African. In the same period, the number of people in Africa will at least double. According to this report, two billion children will be born in Africa over the next 35 years. A billion people on the continent are expected to be under eighteen by 2050. If present trends continue, Africa could even surpass Asia to become the most populous continent on the planet during the course of this century. However, it is questionable whether Africa would actually be capable of sustaining such a large population.

Of course, we cannot predict the future with 100% certainty. Some projections indicate that the world’s population will continue to grow until it reaches 9-10 billion people. Others forecast it will not peak until it reaches 12 billion people, or even 15 billion or more. Yet all realistic population projections I have seen indicate that, barring a worldwide outbreak of a killer virus or some other global disaster, the world will continue to grow, adding several billion more people this century. Much of this growth will be concentrated in countries and societies that are technologically backward and which are already today riddled with social problems.

Egypt saw its population rise by 2 million in one year between 2013 and 2014, or 1 million in just six months. Its population hit 87 million in August 2014, the country’s census authority announced. The population growth of a single Arab country in less than three years is thus in principle enough to overwhelm a nation the size of Norway, Denmark or Finland.

Taken together, by 2014 all of the Scandinavian and Nordic countries — Norway, Sweden, Denmark, Finland and Iceland —had a total population of about 26 million people. This already includes quite a few recent immigrants who did not live in these countries 40 years earlier. Egypt’s population grew by over 28 million people from the middle of the 1990s until 2014. This means that the population growth in a single Arab country in less than one generation is greater than the total population of all of the Nordic countries put together.

I have lived and studied in Egypt. Most of the country is sparsely populated desert. There could soon be 100 million people or more crammed into the Nile valley and surrounding areas. Egypt was a major source of grain in the Roman Empire, yet today it can barely feed itself. Despite this, the population continues to boom, contributing to growing political instability.

It is well-documented that this immigration from technologically backward societies is very costly for the receiving countries, measured in both direct and indirect ways. Meanwhile, many European countries themselves now face serious economic problems and high levels of debt. Native Europeans are currently borrowing from the Chinese and others to spend money that they don’t have paying Muslims, Africans and the rest of the global South to colonize their countries and push them out of their historic homelands.

Surely, this must be the white privilege they keep talking about in American universities these days.