The following essay by Nick McAvelly was originally published at Partiot’s Corner in a slightly different form. 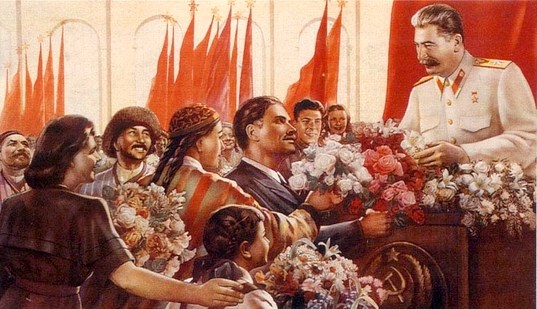 “One belief, more than any other, is responsible for the slaughter of individuals on the altars of the great historical ideals — justice or progress or the happiness of future generations, or the sacred mission or emancipation of a nation or race or class, or even liberty itself, which demands the sacrifice of individuals for the freedom of society. This is the belief that somewhere, in the past or in the future, in divine revelation or in the mind of an individual thinker, in the pronouncements of history or science, or in the simple heart of an uncorrupted good man, there is a final solution.

“This ancient faith rests on the conviction that all the positive values in which men have believed must, in the end, be compatible, and perhaps even entail one another. ‘Nature binds truth, happiness and virtue together by an indissoluble chain’, said one of the best men who ever lived, and spoke in similar terms of liberty, equality and justice.

“But is this true? It is a commonplace that neither political equality nor efficient organisation nor social justice is compatible with more than a modicum of individual liberty, and certainly not with unrestricted laissez-faire; that justice and generosity, public and private loyalties, the demands of genius and the claims of society can conflict violently with each other. And it is no great way from that to the generalisation that not all good things are compatible, still less all the ideals of mankind . But somewhere, we shall be told, and in some way, it must be possible for all these values to live together, for unless this is so, the universe is not a cosmos, not a harmony; unless this is so, conflicts of values may be an intrinsic, irremovable element in human life. To admit that the fulfilment of some of our ideals may in principle make the fulfilment of others impossible is to say that the notion of total human fulfilment is a formal contradiction, a metaphysical chimera.”

Finally, the mainstream media are beginning to acknowledge the poisonous fruits of multiculturalism. For years journalists have been afraid to speak the truth about what is happening in Britain, just as the council workers in Rotherham who were responsible for child welfare were afraid to speak the truth. And what is the truth they have been so afraid to give voice to? Multiculturalism is a failure, both as a political theory and as a matter of fact.

When the Soviet Union and Nazi Germany joined forces at the beginning of the war, Time magazine referred to the enemies of civilization as “Communazis”. Each had their final solution to the question of how human beings should live together on earth, and they were both willing to employ absolutely any means in order to achieve that end. We have seen the same mindset in government, both at a national level and in local councils up and down the land for many years now. Their final solution to the question of how we are to live is “multiculturalism”, and woe betide anyone who questioned that unproven, impossible theory.

The Soviets would as a matter of practice smear individuals who questioned the party line by declaring them to be Nazi sympathisers, and the Communazis who have been running rampant in the UK for years now have, as we all know, adopted the same policy. Anyone who questions them is immediately said to be a “Nazi”, “far right” (whatever that even means) and of course, a “racist”. The new Communazis of the UK will happily sacrifice the livelihoods and reputations of dissenting individuals in the name of their final solution.

“The possibility of a final solution — even if we forget the terrible sense that these words acquired in Hitler’s day — turns out to be an illusion; and a very dangerous one. For if one really believes that such a solution is possible, then surely no cost would be too high to obtain it: to make mankind just and happy and creative and harmonious for ever — what could be too high a price to pay for that? To make such an omelette, there is surely no limit to the number of eggs that should be broken — that was the faith of Lenin, of Trotsky, of Mao, for all I know of Pol Pot. Since I know the only true path to the ultimate solution of the problem of society, I know which way to drive the human caravan; and since you are ignorant of what I know, you cannot be allowed to have liberty of choice even within the narrowest limits, if the goal is to be reached. You declare that a given policy will make you happier, or freer, or give you room to breathe; but I know that you are mistaken, I know what you need, what all men need; and if there is resistance based on ignorance or malevolence, then it must be broken and hundreds of thousands may have to perish to make millions happy for all time. What choice have we, who have the knowledge, but to be willing to sacrifice them all? Some armed prophets seek to save mankind , and some only their own race because of its superior attributes, but whichever the motive, the millions slaughtered in wars or revolutions — gas chambers, gulag, genocide, all the monstrosities for which our century will be remembered — are the price men must pay for the felicity of future generations. If your desire to save mankind is serious, you must harden your heart, and not reckon the cost. The answer to this was given more than a century ago by the Russian radical Alexander Herzen. In his essay From the Other Shore, which is in effect an obituary notice of the revolutions of 1848, he said that a new form of human sacrifice had arisen in his time — of living human beings on the altars of abstractions — nation, Church, party, class, progress, the forces of history — these have all been invoked in his day and in ours: if these demand the slaughter of living human beings, they must be satisfied.”

As anyone who spends more than five minutes thinking about it will realise, the core concept of multiculturalism, namely that all cultural values are compatible, and even in some mysterious sense the same, is utterly false. Multiculturalism is not only a proven practical failure, it does not even make any sense. Logically speaking, multiculturalism is an absurdity.

“What is clear is that values can clash — that is why civilisations are incompatible. They can be incompatible between cultures, or groups in the same culture, or between you and me.”

“The notion of the perfect whole, the ultimate solution, in which all good things coexist, seems to me to be not merely unattainable — that is a truism — but conceptually incoherent; I do not know what is meant by a harmony of this kind.”

This has not prevented the new Communazis from taking over and transforming our societies. Reality means nothing to them. Logic, morality, truth — they must all be sacrificed in the name of their final solution. The fact that 1400 vulnerable young girls have been brutally raped, sexually abused, physically assaulted, attacked and even murdered in the name of “community cohesion” shows the depths to which the Communazis will sink in the name of their final solution. In order to make a multicultural omelette, these evil men and women are willing to break any number of eggs.

“The one thing that we may be sure of is the reality of the sacrifice, the dying and the dead. But the ideal for the sake of which they die remains unrealised. The eggs are broken, and the habit of breaking them grows, but the omelette remains invisible . Sacrifices for short-term goals, coercion, if men’s plight is desperate enough and truly requires such measures , may be justified. But holocausts for the sake of distant goals, that is a cruel mockery of all that men hold dear, now and at all times.”

True believers will never give up their final solution. We all know that. It is too much to expect them to start acting in a rational and moral way, in councils up and down the country. These people are still there, still welded to the structure of British society, and they are still aiming to destroy everything and everyone who stands in their way or who threatens their power base. But now — finally — the press has begun to ask questions about “community cohesion” and “multiculturalism” and the inevitable shouts of “racism” whenever anyone speaks the truth in Great Britain. What this means in effect is it is now going to be possible to talk honestly and openly about the problems with multiculturalism both at a practical and theoretical level, because we can point to this example of evil being allowed to flourish unchecked as a prime example of how multiculturalism can go wrong. This is now simply undeniable.

These evil men and women who sacrificed the health and well-being, even the lives, of 1400 vulnerable young women may have thought that doing so would bring about their final solution.

Instead, it may help put an end to it.

31 thoughts on “Multiculturalism — The Final Solution”