Below is Rembrandt Clancy’s translation of an excellent essay by Leon de Winter that was originally published by the Frankfurter Allgemeine Zeitung. 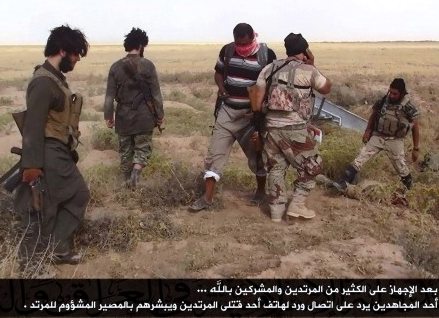 My most salient reason for translating this piece is the author’s attempt to grapple with the problem of evil.

Leon de Winter recognises an unrelativised objective morality, absolute at least in the sense that it is necessary for life. He recognises morality (limit) as an objective and complementary opposite of instinctuality or passion; that is, if one partner in the pair is eliminated, in this case morality, then the instinctual partner finds direct expression in blood lust where violence and sexuality are inseparable. An analogous phenomenon occurs in the autonomic nervous system: if the parasympathetic system fails to impose limits on the sympathetic system, death results from high blood pressure and overexcitement. It should not surprise us to find a similar pattern of complementarity on the psychic or spiritual level, and without implying that the spiritual is an epiphenomenon of biology.

If the two complementary opponents operate in balance, a tertium non datur results, a third factor not given by either of the first two alone. And Mr. de Winter calls that third factor “civilisation”. Therefore it is not the instinctual part of our nature which is inherently evil; rather, evil results from a disturbance of the internal equilibrium caused by possession (“possessed by jihad”); that is, by identification with either “the desires of their heart” or the “law written in their hearts” (Rom. 1:24 and 2:15, Vulgate).

Leon de Winter was born in 1954 in the city of ’s-Hertogenbosch in the southern Netherlands, the son of orthodox Jewish parents. Today he lives in Amsterdam with his wife Jessica Durlacher, who is also a writer. He has two children. He attended film school in the 1970s, but today he is admired as an author in both Germany and the Netherlands. He is known for various genres: novels, novellas, short stories, columns, theatre and film. Mr. De Winter had his breakthrough in 1981 with his novel Looking for Eileen W. His latest novel, A Good Heart, appeared in 2013 (Sources: niederlandenet and Frankfurter Allgemeine).

For years Leon de Winter has given talks and interviews and has written essays on Islam in Europe. As recently as January of 2014, an interview with Mr. de Winter appeared on Gates of Vienna. It is called “Avoiding the Unpleasant Questions”.

Note: In his remark that “in the Western world of today every form of aggression is directly sanctioned as early as kindergarten”, Leon de Winter appears to suggest that there remains only a small level of inhibition separating the West from the attraction of jihadism. This reference to the field of education is the only allusion which Mr. de Winter makes in his essay to the contribution of the Left to his discussion of Islam. In regard to the Left, on Paul Weston’s LibertyGB, there is a short piece by Enza Ferreri which is somewhat harmonious with Leon de Winter’s essay; perhaps it even complements it. It is called “What’s the Alternative to the Left’s Programme?”. Ferreri speaks of reclaiming convictions “supplanted by leftist barbarism”, an “alternative to Islam” and “an answer to sexual relativism, pansexualism and radical feminism…” 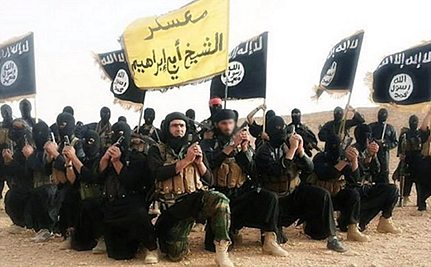 The Barbarism of the Jihadists: In the Name of the Sword

Argumentation is pointless: The jihadists of the “Islamic State” eliminate all limitations which we have internalised in the course of the civilisational process. Combat allows them to give in completely to their instincts.

Andrei Tarkovsky’s “Andrei Rublev” is among the masterpieces of cinema. It tells the true life story of an inspired icon painter and priest. The film is set against the background of 15th century Russia. In one scene, Tartars raid the city of Vladimir. They slaughter whomever crosses their path: they mutilate, rape, steal. Tarkovsky shows masterfully the feeling with which these Asiatic hordes apply their procedure — they kill with great abandon.

In the close-ups of the murderers, we look in horror at the ardent excitement in their faces. These men, having discarded all civilising inhibitions, can yield to the most primitive of their urges and impulses. They have achieved the ultimate liberation. Because they are completely unfeeling and because they reduce other men to objects of lust and subjugation, they have reached the zenith of their sexual potency and are able to act quite openly like beasts.

The current television images and the jihad videos on YouTube remind me of this scene, one of the most arresting in the history of cinema. If we ask ourselves how the Bedouin of the Arabian Peninsula in the seventh century or the Mongols in the thirteenth century conquered and plundered the world — the “Islamic state” (IS) shows us how they proceeded. They were driven by the wild desire to destroy and conquer everything which fell to their inclination.

The regular armies of modern times must discipline the destructive energies of young men and direct them into organised paths. The provisions of the laws of war are to be observed; one must not engage in brutal behaviour unnecessarily, and commanders must be aware of the proportionality of means and avoid collateral damage. None of these things are of any concern to the fighters of the “Islamic State”. By committing themselves to jihad, they throw off the bonds of civilized behaviour. We facing the gratified visage of naked savagery.

Whoever is possessed by jihad has exceptional power. In an orgiastic fever he can rape, kill and plunder. Owing to the brainwashing which he encountered, he knows that this course of action is legitimised by his religion. And when he dies, he will go straight to heaven, where seventy-two virgins are waiting to attend upon him for all eternity. The IS fighters are an incarnation of everything that was channelled [kanalisiert] in the course of becoming civilised; namely, the sexual and destructive energies of young men. Jihad, as we have come to see, can turn this process around, and the energies and urges which young men must suppress in a civilised society are given a new focus.

In the Western world of today every form of aggression is directly sanctioned as early as kindergarten. Our sons are constrained to grow up as placid girls and are allowed to act out their (sexual) energy only in sport and with aggressive computer games, during which they kill dozens of virtual enemies day after day. Jihad liberates young men from these restrictions, which is precisely why it is so appealing to young men even in the West.

No Respect for the Dignity of Others

Instead of sitting in front of the screen, they can live out their fantasies in real life, in real time, in a real theatre of war and under the banner of a divine mandate. Instead of sublimating the untrammelled reign of everything that is brutish — of everything that permits them to conquer, to kill, to destroy and to rape — jihad makes it possible for the believer to abandon himself completely to his ecstasy. The so-called unbeliever is only an object with which the jihadist can do as he pleases according to his whim.

There is no debating with jihadists, and that is why they frighten us. They speak of their divine mandate — the establishment of a worldwide caliphate — but their means go far beyond this objective. Their practise denies the humanity of the other and allows the ultimate victory of the perpetrator over the victim, of the believer over the unbeliever, of man over woman, of the lord over his slaves. The victim is deprived of all his rights: — he can only hope for mercy, a gesture from the all-powerful victor which is calculated to humiliate. Such mercy can be given in certain cases, when the victim converts to Islam; which is tantamount to a psychic rape.

Nowadays, these hordes appear not on horses, but in all-terrain vehicles and with grenade launchers, but the earth still trembles when they come. They hoist black flags and love death more than life; but only after they have tasted the flesh of enslaved women. They blow up statues, churches, everything that falls into their hands: the dignity of the other is not respected.

Moral Imperatives do not Apply

Their motives elude our understanding. Young men with solid future prospects join the jihadists. They abjure education and marriage in favour of fighting a war in which the beheading of the victim, his ultimate humiliation, becomes an initiation ritual. Young men who wield a sword no longer entertain any doubts, know no pity, no hesitation, and in so doing they free themselves from their last inhibitions. Dozens of jihadist videos provide evidence for this brutal Stone Age ritual.

The bystanders who witness this decisive moment — which breaks through all limitations — are nervous, because the killer is not always secure, and perhaps his hand still trembles. They cry “Allahu Akhbar” to strengthen him in throwing overboard, once and for all, the last remaining doubt that may still be in him. He guides the knife and makes of the prisoner a butchered animal. Henceforth nothing binds him any longer to a moral world. Now he can kill and find satisfaction in it, and his companions respect him. He has burst the bonds of civilization.

The English philosopher, writer and cultural critic George Steiner once remarked that the Jews are hated because they invented conscience and the ideal of moral and ethical wholeness [Vervollkommnung]. Man hates them for it, because he keeps trying to fulfil these moral imperatives, but he continually fails. He fails, because no one can fulfil these high moral commandments [Geboten]. The Islamic Jihad circumvents this existential problem.

Jihad allows the believers to switch off the voice of reason and conscience. They can henceforth practise raw sexual violence. The voice of the horde is the voice of orgiastic lust. These hordes slaughter men and boys and turn girls and women into sex slaves. Once again man is as defenceless as he was for the tens of thousands of years before we abolished human sacrifice and began the slow and painful process of overcoming our brutal nature.

Jihad has so much power because it can disconnect the hard-won limits which we have internalised during the process of becoming civilised. Jihad brings to the world the ultimate fighter who no longer admits of any limitations. These people require no political or religious programme. They are not driven by any kind of social or economic disadvantage. Their absurd notion of a world-spanning Caliphate is just as much of a pretext as all the other senseless ideas which demand the killing of unbelievers so that a paradise of pure believers can arise. No, it is only about the wish to rape and destroy. Our culture has a name for that: evil.

19 thoughts on “Bursting the Bonds of Civilization”