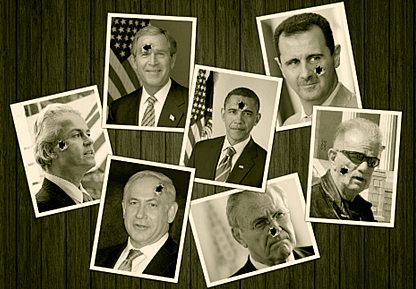 Geert Wilders has received another death threat, this time from the Pakistani Taliban. The latest threat is part of a photoshopped image that shows photos of seven public officials and prominent personalities with bullet holes through their heads. The image was featured at the top of a slick magazine called Azan — not as slick as Inspire, but still very professional — put out by the Taliban in Pakistan (see the Azan pdf file.

It’s interesting to note the company that Mr. Wilders keeps in this roster of targets. There are four current and former heads of state or government (Messrs. Bush, al-Assad, Obama, and Netanyahu), a former American secretary of defense (Mr. Rumsfeld), a prominent Dutch political leader, possibly the most popular politician in the Netherlands (Mr. Wilders), and… the pastor of a small church in Florida (Mr. Jones).

Terry Jones gained this prestigious slot by being a burr under the Ummah’s saddle, repeatedly and very publicly. Like Mr. Wilders, when he stages an event or speaks into the microphone, it makes newspaper headlines all over the world. That’s what outrages Muslims — he has publicly dishonored Islam, and so must die.

From the point of view of those who oppose Islam, an obscure Christian activist packs as big a punch as three presidents and a prime minister. It’s food for thought.

One other thing to notice: despite his bending over backwards for six years to appease Muslims, despite assisting the Muslim Brotherhood in its drive to overthrow the governing murtadeen in Sunni countries, despite the fact that as far as anyone can tell, he is a Muslim himself — despite all that, Barack Obama still merits a Taliban bullet in the forehead.

Whatever you do, Mr. President, it’s not enough, and it never will be. 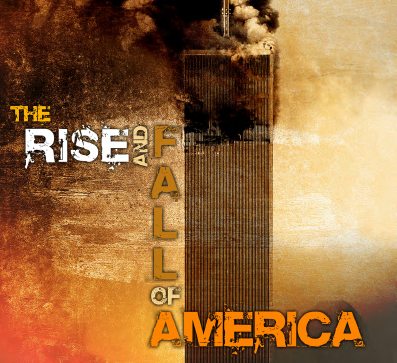 Page through Azan and you’ll notice a recurring theme: the decline of American power.

The rapid rise of ISIS in the Middle East is one symptom that telegraphs American weakness to the Muslim world. The withdrawal from Iraq and the failure to pacify Afghanistan feed into the same meme. The fact that the United States has been unable to overthrow Bashar al-Assad after nearly three years of trying has made us worthy of contempt. The eradication of Mr. Assad and his regime is one of the top goals of the international alliance of Sunni radicals, so that may be one more reason why the contemptible Barack Hussein Obama is deemed worth of an assassin’s bullet.

Below are excerpts from the article about the threat against Geert Wilders in the NL Times:

PVV-leader Geert Wilders has received threats from the Pakistani Taliban. According to the Algemeen Dagblad, the threat comes in the form of a video on an online magazine’s website, showing a bullet shooting through an image of the politician.

For Wilders, who is living with 24/7 protection since October 2004, this is but the newest of many threats upon his life. “After 10 years of protection, these kinds of threats still touch me deeply”, Wilders tells the AD.

The film comes from an online magazine which spreads radical Islamic ideals in English. The magazine is called Azan, which means ‘prayer call’ in Arabic. Because it is written in English, it can reach a large audience. According to the AD, the Pakistani Taliban, active in the northwest of the country’s border with Afghanistan, seems to be behind the magazine.

7 thoughts on “Bullseyes on Their Foreheads”