Our Canadian correspondent Rembrandt Clancy has translated an opinion piece from the Austrian daily Die Presse about the use of the term “populism” to discredit and demonize certain political opinions:

The time has come to dispose of the term populism; it is not suitable for serious political and social dialogue.

The results of an Imas poll taken twelve years ago, in June of 2002, showed that 42 percent of Austrians were unable to explain the meaning of the term populism. 36 percent had a vague idea about it and only 16 percent were able to make something of the word. The population has likely learned their lesson by now: populism is that which does not suit the self-righteous champions of political correctness when a reasonable counterargument fails them. 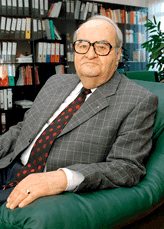 Political ideologues have long been inventive in verbal battle against their adversaries. Above all leftist demagogues have developed a rich fantasy for it. Revolutionary enforcers originally spoke of class enemies or bourgeois exploiters. In more recent times new inflammatory words have come into vogue and it is with these that the religious warriors to the left of centre brand everyone who lingers to the right of it.

Small-calibre word projectiles presently in use are: “neo-feudal”, “economic liberal”, “neo-liberal”, “capitalistic” and “conservative”. Included with the larger ammunition are among other things, “nationalistic”, or word coinages such as “flat-earther” [ewig Gestrige, lit.: one who is eternally of yesterday]. The superlative form which leads to complete political damnation begins with the verdict ‘populism’, mostly used in combination with ‘right-wing radical’ or ‘extreme right’. In the application of this pivotal word, it is only very seldom that the eye drifts from right to left.

The Appeal to Public Opinion

The term populism is used above all against people with a sense of attachment to their homeland, or against those who disapprove of equating homosexual partnerships with traditional marriage, against sceptics of a motley multicultural society, against defenders of their own culture and traditions, against proponents of a rigorous stance against criminals, against defenders of Christian faith; and not least, against critics of the maldevelopments in the EU. However, EU-supporters who oppose the transfer of wealth from northern Europe to southern Europe and the rehabilitation of the indebted countries at the expense of their own wealth must also expect to be classified among the populists.

Populism, by virtue of its internal linguistic logic, is an appeal to public opinion; that is, to the majority view. Users of the word, however, place majority opinion under the general suspicion of counting for nothing. And so a dilemma arises immediately; for on the one hand, how is it possible to consider the will of the citizen as the precious kernel of democratic life, and on the other hand, hold public opinion in contempt? What strictly speaking is the opposite of populism? Is it something good or bad? Who may determine whether a majority opinion is good or not?

Populism, all things considered, is an inflammatory word. It is not a scientific term, but a political affect. Therefore, the vocabulary is from the outset unsuited to serious disputation. At its most fundamental level, populism is at best an imprecise synonym for the term “accommodation democracy”,* which Theodor Eschenburg had already put into circulation in the 1950s.

Because it is imprecise, the term naturally loses every power to render sharp distinctions in political, factional disputes; moreover, one could hold up to all the parties an almost endless list showing examples of the traditional principles which have been completely abandoned overnight. Any number of about-turns from pledges and basic tenets can be attributed to the Social Democratic and People’s parties in particular. Populism lurks in all nooks and crannies of Austrian government policy.

Aside from all of that, populism, with respect to many issues, is directed against those who speak in favour of it. Indeed, that always happens whenever the supposed model-democrats preach referenda, but reject the results of plebiscitary processes. One need only recall the vote of the Swiss against mass immigration into their country and the subsequent call of the politically correct for sanctions against the Swiss confederates.

Why are referenda not held on central EU problems nor demanded with any vigour worth mentioning? In approaching the EU, what is more populist in the most general sense of the term? Is it to denounce the deficiencies of the Union and the abuses in Brussels or to conceal them?

Then there is the quota rule: It is fundamentally a populist demand; or to be exact, it is an opportunistic one which aims at the sympathy of the female population and its sensitivity to equality. It is the opponents of the quota regulation, however, who are deemed to be the populists, not its supporters, who do not care that the quota rule flagrantly violates the merit principle.

Either the merit principle applies, and then there can be no quotas, or there is an attempt to level out the society, in which case one soon ends up where the corresponding ideology of 1989 already suffered its shipwreck. It is just that simple.

It is not only that the term populism is unusable, as is reflected in many details; not infrequently it interferes with the solutions to real-life questions. This relates to the fact that political decision-makers do not wish to fall under the suspicion of snatching “applause from the wrong side”, from the “populists” to be precise.

The exemplary German publicist Henryk Broder, who on account of his Jewish background is above suspicion, fulminated in this connection in Die Welt: “If one wishes to declare taboo everything which the NPD [1] has ever expressed, there would remain little one could discuss.” His conclusion: Many debates simply have to be conducted, regardless of the side from which the impetus for them arises. In Austria too, important themes are not discussed thoroughly enough, only because the Freedom Party [2] or another opposition party has pronounced on the subject.

The Mark of the Totalitarian

Bringing quasi-populist standpoints under opprobrium is inconsistent with the Universal Declaration of Human Rights of the United Nations. The document states: “Everyone has the right to freedom of thought, conscience and religion.”

In this country that clearly does not suffice. Rather, what is required is the appropriate, which is to say, the politically correct disposition. Freedom of thought, yes, but only if it is furnished with the stamp of political legitimacy: — it is that which bears the mark of the totalitarian; in other words, precisely the complexion of what is claimed to be abhorred.

Things cannot go on like this. It is high time to dispose of a vocabulary which replaces factual arguments by pure hatred, destroys democratic dialogue and serves no other purpose than to discredit the political adversary. Away with populism!

Andreas Kirschhofer-Bozenhardt (4 August 1926) was a journalist in Linz prior to moving into empirical social research. He was a staff-member at the Allensbach Institute for Public Opinion Research (Institut für Demoskopie Allensbach) and was numbered in the leading circle around Prof. Elisabeth Noelle-Neumann. Beginning in the year 2000, he set up the Institute for Market and Social Analysis (Imas) in Linz.

3 thoughts on “The Mark of the Totalitarian”