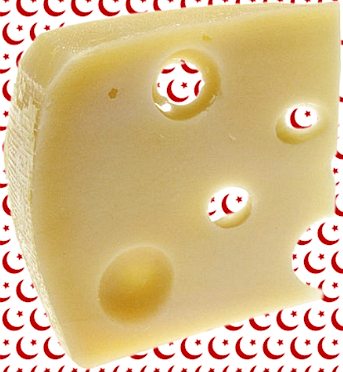 JLH has translated a pair of articles from Swiss media outlets. He includes this introductory note:

These articles make up another “unmatched pair.” The irony they generate is in the tension between what is happening to the people who are experiencing the nitty-gritty results of immigration in their own communities, and the actions of national leaders and movers-and-shakers.

As Takuan Seiyo put it recently: “the stupidity, decadence, weakness, confusion and naïveté of your (and our) own people, and the foolishness, fraud and treason of their ruling elites.” In the case of the Swiss, thanks to the SVP and direct democracy, the emphasis lies much more heavily on the second element.

The articles also cast some light on why the Swiss referendum restricting immigration even from the EU has so angered the EU. Note that Albania is regarded by the EU as a “candidate country” and Bosnia-Herzegovina as a “possible candidate country.” Reason enough to be uneasy, in light of the jihadis being recruited in Switzerland.

And it is not comforting that the (increasingly byzantine) EU is governed by an unelected ruling council and headed up by a previously obscure clone of Rumpelstiltskin.

The first translated article is from Die Weltwoche:

Good news from Switzerland. A working group with a pretentious name

Amidst oppressive heat outside, I receive only sparse news reports from Switzerland. Here’s wonderful news: Seasoned leaders of the Swiss economy are publicly supporting an initiative for mass immigration. Following financier Fredy Gantner, watch-king Nick Hayek, and successful gastronomic entrepreneur Rudi Bindella, Rolf Dörig — the president of Swiss Life — is also calling attention to the advantages of controlled immigration. Slowly but surely, the time has come. Shortly after the February 9th referendum, doomsday scenarios and dark prophecies dominated the headlines, calling it an ignoble, vengeful “acting out.” Here, on vacation, I meet mostly Germans, who congratulate me on direct democracy and above all the initiative on mass immigration. Common sense makes it clear: No prosperous nation — and certainly no prosperous small nation — enables unchecked immigration. To be sure, it is not regarded as proper behavior in Switzerland to argue for a responsible — read strict — immigration policy. The “anything goes” zeitgeist, which loves to congratulate itself on its alleged tolerance, becomes aggressively intolerant when its dogmas are questioned.

In an outstanding report, the Sonntagszeitung has revealed the details of a new working group of the federal government which, with a title that begs to be satirized — “Democrazia Vivainta” — is pondering the deconstruction of our democracy. The names of its participants have begun trickling out — professors, former and still active officials, members of the administration. According to its own publicity, the group is proceeding on the assumption that the instrument of the folk initiative in Switzerland is being more and more recklessly used and abused.

The intent is as absurd as it is dangerous. While the whole world envies us our direct democracy, the Swiss political elite is working to constrict or even do away with it. It is all part of the movement to bind Switzerland more closely to the EU. Executive components of the legislative and administrative bodies would like to free themselves of the burdensome voice of the public by integrating Switzerland into a supranational trysting system for unreviewable decision-making. This is no conspiracy theory. It is the necessary consequence of a classical conflict of interest. Direct democracy affords a great deal of freedom for the citizens, the localities and the cantons. For federal politicos and officials, on the other hand, direct democracy is a prison with countless guards, whose weapon is the vote.

Just as false as the idealizing of the constitution is the canonizing of international law, as practiced now by “Democrazia Vivainta.” It may be possible to reach an understanding that there are certain rules all peoples will adhere to, although — as history shows — not all of them have done so in exigent circumstances. But one thing is decisive. International law — even so-called compelling international law — can only become binding Swiss law if both people and cantons have approved it as such. No law that has not been properly confirmed and accepted according to Swiss law, by the sovereign power of people and cantons, can be valid in Switzerland.

International law is generally treated nowadays as if it were some sort of divine super law, or even a law of nature. Wrong! International law is man-made — and, by the way, made in a process which is decidedly less transparent than is Swiss national law. Since its founding, the confederacy has defined itself as a community under the rule of law. At the core of our political system is the will of the Swiss to consider themselves capable of forming their own law in an orderly fashion. Switzerland is not per se opposed to international law, but international law is not binding until it has been made national law by the sovereign Swiss. It has no automatic or a priori validity.

The intentions of those who wish to subject the confederation to foreign law are dishonest. They talk of law, but they mean power. It is a question of who decides about the laws. Thomas Hobbes wrote “Quis judicabit?” In Switzerland, that is the people and the cantons — not bureaucrats, politicians or unions.

And that is as it should be.

The second article is from Blick.ch:

Their Goal Is World Domination

Radical Islamists Form Up In Zurich

Embrach, Canton of Zurich — The Islamist movement el-Furkan rejects democracy and is recruiting members in Switzerland. Their followers are propagating holy war.

Last weekend the organization Read! [whimsically for English speakers, this is spelled Lies!] was giving out Korans for free in the Zurich railroad station. Its members are religiously fundamentalist Islamists with the intention of converting young people on the street. The Koran distributors — also active in Germany — are under surveillance by German state security. The Swiss Islam expert Saïda Keller-Messahli, says: “This propaganda action is probably to recruit jihadists for Syria and Iraq.”

Their goal is no less than world domination. They want an Islamic theocracy. El-Furkan recruits for its cause with a green flag. Its followers are calling for holy war — jihad.

Already Active In Switzerland For A Year

El-Furkan is being surveilled by state security in Germany. The radical Islamists have also been active in Switzerland for just under a year. Their mosque is in Embrach, in an industrial area. It has become the meeting point for Swiss Salafists.

“El-Furkan hopes to deploy in Switzerland via Embrach,” says Saïda Keller-Messahli of the Forum for a Progressive Islam. The Salafist organization, she says, is aiming above all at young Albanians. “With the war in Syria and Iraq, the extremists have become more aggressive.”

In his harangues, Imam Alparslan Kuytul, mastermind of el-Furkan, rails against democracy. “We reject any civilization except Islamic civilization,” he says in a video on the community’s Swiss internet site.

On a Friday in Embrach, about 25 young men are sitting in the common room of the mosque. They are from Kosovo, Albania or Bosnia. All of them are wearing beards and many of them long robes. The imam emphasizes proudly that the prayer times for this Ramadan are calculated in Saudi Arabia.

It can be seen on Facebook how radical the young men really are. A young man with Bosnian roots, who went from Switzerland to jihad in Syria, gives the mosque top marks.

“That Should Have Been Stopped”

Another one who visits the mosque regularly publishes on his profile propaganda pictures from the terrorists of ISIS, which now controls broad areas of Iraq. And he is also proud to be underway on Bahnhof Street for the radical organization, Read!

The town council of Embrach knows how touchy it is to have the Salafist meeting point in the community. “It is not good to have a community in our small town that challenges other religions as well as our own society,” says Mayor Erhard Buchi (FDP = Free Democratic Party). And Daniel Spiess, president of the local SVP [Swiss People’s Party]: “This group should have been prevented from settling here.”