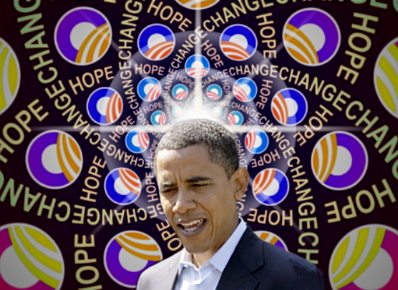 I was going to save this gem for the news feed, but given the level of phantasmagoric “thinking” on exhibit, this press conference deserves its very own post. If for nothing else than simply watching this administration stand there with its fly open and drool running down its chinny-chin-chin as this new Press Secretary, even more earnest and less credible than the last one, said this today:

Oh, come on you jaded fools, trying to stir people up. Those are just “situations”. Ain’t nobody bleeding we can see. Show us three, you smarty pants journalists.

More than one reporter during Monday’s press briefing referred to a front-page Wall Street Journal article highlighting some of those crises, and citing security strategists as saying “the breadth of global instability now unfolding hasn’t been seen since the late 1970s.”

Pooh. That Wall Street Journal is no better than Fox News. They’d better watch it or we’ll subpoena their gluteus maximus like we did the Associated Press. In fact, y’all better watch it. We’ve already taken your photo privileges away and given them to our White House photographers. We can do the same with your “media duties”. Don’t forget: “WE WON”.

”How does the White House react to the notion that the president is a bystander to all these crises?” asked Fox News’ Ed Henry, citing the widening gaps between the sides in the Iranian nuclear talks, the conflict in and around Gaza, and the Syrian civil war.

“I think that there have been a number of situations in which you’ve seen this administration intervene in a meaningful way, that has substantially furthered American interests and substantially improved the, uh, you know, the — the tranquility of the global community,” Earnest replied.

Never has a previous American administration lurched from country to country strewing chaos and death in its wake as it leads from behind — while never turning around to see what might be gaining on it. By now most Americans have quit watching. Not only are we suffering from severe scandal fatigue but we know that whatever has transpired so far can’t even begin to match Obama’s future forays into foreign or domestic policy.

Notice Earnest called what they do “intervening in a meaningful way”… The problem is, no one else shares their meanings and they aren’t providing a libretto for us onlookers. I was going to call what they do a kabuki play but matters have deteriorated so far no stylized drama can contain it; kabuki at least has formal rules which permit you to anticipate. But whatever the boys and girls in the Oval Office are playing, it resembles nothing so much as marbles in the insane asylum. Marbles made of radioactive waste.

Perhaps Norway gave our leader his Nobel Peace Prize in the hope it would act preemptively to keep America from blowing things up. This Lightbringer (“somebody, find the switch, quick!”) was going to be such a welcome change from Cowboy Bush, right?

Poor Norway. First Breivik makes a fool of your “justice” system, then Hamas takes you to the cleaners and now Obama has pulled the curtain down around your head… feeling suckered yet?

16 thoughts on “Here We Stand on a Darkling Plain”