As Operation Protective Edge continues in the skies over Gaza, our Israeli correspondent MC files his latest report. 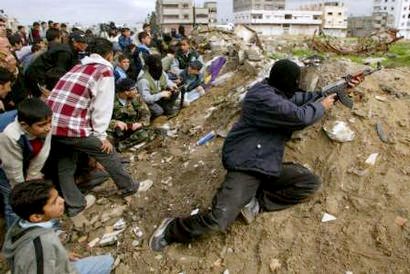 There are no ‘settlements’ in Gaza, for Gaza is declared Judenrein, as one would expect from a Nazi/Muslim Brotherhood enclave. So Gaza has to pretend that Sderot is an illegal settlement on occupied land. It was occupied by the British in 1917, wasn’t it? (Well, the land it stands on was….)

That settlements are legal or illegal has never actually been proven in a court of law, and the last thing the Palestinians want to do is to seek a judgement, because in all likelihood the settlements are legal. The relevant document is the 1922 treaty of San Remo designating the area as a Jewish Homeland and that subsequent actions by the British, Egyptians and Jordanians are in fact what was illegal. So they claim ‘illegal occupation’ in 1967, ignoring the other illegal occupations in 1948. But the European and US elites back up the lies and sell them to their useful idiots and fellow travellers.

So the conflict is now extended well past its sell-by date.

There was only one Tzever Adom today. We enjoyed a relatively quiet day. I won’t say it was back to anywhere near normal, for we can hear every explosion in northern Gaza, and, believe me, it is taking a pounding.

We were speculating about the use of human shields today, it is a nasty question, but the wrong decisions here could lose Israel the war. Whose life is of more value, that of my son serving in the IDF, or that of a Palestinian either forced or brainwashed into shielding a terrorist? To me the answer is easy — but then, I am biased.

The responsibility for human shields lies, as it has always been in history, is with those cowards who hide behind the women and the children. Of this there is no question; it is laid down in international law. Some things never change, however, and where Jews are concerned, international law appears to take second place.

I must thank everybody for their support, and a special חודא to those who made donations.