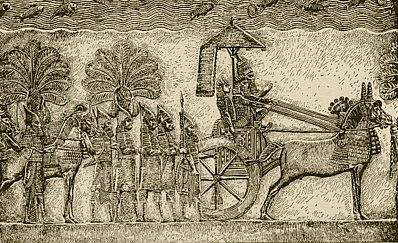 I was talking to V today. V is from South Germany. She was up on that ‘hill’ at the same sort of time as the journalist who complained about the cheering. V was unaware of any cheering or intimidation, and we have been unable to corroborate the journalist’s statement. More disinformation?

A commenter yesterday was accusing Joos of being professional ‘victims’ along with other Semitic peoples. Today three soldiers of my son’s unit died in street fighting in Gaza; it could have been him. There are those who pretend to be victims, and those whom history shows to be targeted every time the opportunity arises. All through today there has been a heavy bombardment going on, and all today, the advance of Islam has been reversed, if only temporarily. The world should be thanking us, but instead they curse us. This victimhood is for REAL.

The York massacre happened because the Joos were too rich and too successful for the populace:

The massacre of 1190 was a horrific catalogue of violence and murder driven by religious intolerance and the greed of those who owed the leading Jewish money-lenders money. And it was sadly only one of countless incidents of mob-violence against Jewish communities across England and Western Europe in the Middle Ages.

Is this any different to Europe in 2014?

Today has been loud. We seem to have war all around us, and an Iron Dome intercept overhead just now rained shrapnel on us. It whines like one of those fireworks with a spinner inside.

The situation here reminds me of Byron*:

The Assyrian came down like the wolf on the fold,
And his cohorts were gleaming in purple and gold;
And the sheen of their spears was like stars on the sea,
When the blue wave rolls nightly on deep Galilee.

For the Angel of Death spread his wings on the blast,
And breathed in the face of the foe as he passed;
And the eyes of the sleepers waxed deadly and chill,
And their hearts but once heaved, and for ever grew still!

And there lay the steed with his nostril all wide,
But through it there rolled not the breath of his pride;
And the foam of his gasping lay white on the turf,
And cold as the spray of the rock-beating surf.

And there lay the rider distorted and pale,
With the dew on his brow, and the rust on his mail:
And the tents were all silent, the banners alone,
The lances unlifted, the trumpet unblown.

And the widows of Ashur are loud in their wail,
And the idols are broke in the temple of Baal;
And the might of the Gentile, unsmote by the sword,
Hath melted like snow in the glance of the Lord.

* From “The Destruction of Sennacherib”, by George Gordon, Lord Byron.