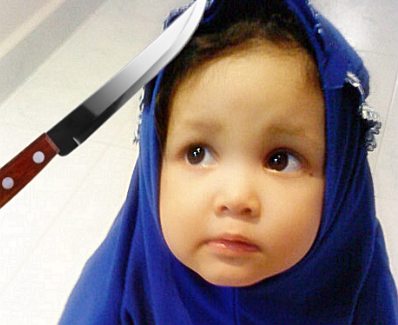 Actually, I don’t think the Lib-Dems would ever “man” anything, since that would be an unacceptably sexist usage of the language. Would they “person” the barricades instead? Or perhaps “occupy” them…?

Anyway, for our American readers, the Liberal Democrats (colloquially known as the “Lib-Dems”) are a British political party. They are part of the current governing coalition, and their party leader (Nick Clegg) is Deputy Prime Minister under PM David Cameron.

Until the recent local and European elections, when they were so roundly trounced by UKIP, the Lib-Dems were one of the “Big Three” parties in the UK. At the moment, however, they are in the process of being consigned to the recycling bin of history.

It’s hard to find an American analogue for the Lib-Dems. They are very politically correct, and ultra-supportive of gay issues and Multiculturalism, yet they are allied with the Conservatives in the present government. However, the Tories aren’t “conservative” in any fashion that an American would recognize, and are barely distinguishable from their coalition partners.

Our British reader and commenter Mark H has previously reported on emails that he has sent to his MP, Simon Hughes, who is a well-known Lib-Dem politician. Mark’s latest attempt to contact the Hon. Mr. Hughes was through an online petition about female genital mutilation (FGM). Surprisingly enough, the distinguished Member sent a belated answer to his constituent.

Before posting Mr. Hughes’ response, I’d like to point out that the practice of FGM has long been a crime in the UK. It was made a criminal offense in 1985, and a more stringent law against it was passed in 2003. Yet the first prosecutions under either of those laws were not announced until March of this year, when two culturally-enriched doctors were charged under the 2003 act (their case has a Mohammed Coefficient of 50%) — eleven years after this important piece of landmark legislation was passed.

It is estimated that in any given year, between six thousand and twenty thousand girls under the age of sixteen are at risk of forced FGM in Britain. The number of those who have already been mutilated is obviously hard to come by, but according to some reports it may be over 100,000. Despite these ghastly numbers, and after nearly thirty years of illegality, there have only been two prosecutions for carrying out FGM, and those only a few weeks ago.

Bear these facts in mind when reading the earnest assurances of the Hon. Simon Hughes, MP for Bermondsey and Old Southwark, about the Lib-Dems’ formidable determination to end the practice of female genital mutilation:

Thank you for your e-mail asking me to support the campaign to end female genital mutilation (FGM). I sincerely apologise for delay in providing you with a response but my office continues to receive a large number of requests for help. 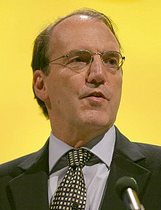 FGM in the UK and around the world is an issue of great concern to me. FGM serves no medical purpose and leads to many severe impacts throughout life, having physical, psychological and socio-economic consequences. The practice is not required or recommended by any religion and is instead a cultural practice. The UK Prohibition of Female Circumcision Act 1985 makes it an offence to carry out FGM or aid, abet or procure the services of another person. The Female Genital Mutilation Act 2003 then went further and makes it an offence for FGM to be performed anywhere in the world on UK permanent residents of any age and carries a maximum sentence of 14 years imprisonment.

As chair of governors of a local school, I fully appreciate the responsibility schools have in educating young people about the true nature of cultural issues such as FGM. I was therefore very glad to see that Michael Gove MP has agreed to help Fahma Mohamed’s campaign to end the practice by writing to every school headteacher around the country with guidance for teachers on keeping children safe. This guidance covers:

A full statement by Michael Gove MP on his meeting with Fahma and what was agreed can be found here.

Lynne Featherstone MP wants to see tackling FGM recognised internationally as part of the mainstream development agenda, and for other countries and donors to support the elimination of the practice. At the Commission on the Status of Women at the UN in 2013, she pledged up to £35 million to help reduce FGM by 30% in at least ten countries within the next five years. This funding will be used directly within local communities, as well as working with foreign governments and traditional leaders to back laws ending FGM. It will fund research into the most cost-effective approaches to tackling the problem, to make sure the work has the biggest impact. Lynne Featherstone MP is also working with other Liberal Democrats in government on this such as Norman Baker MP in the Home Office and David Laws MP in the Department for Education, to make certain that the issue gets the cross-departmental attention it needs.

I do thank you for raising this issue with me and I apologise again for the delay in getting back to you. I hope that my reply has addressed at least some of your concerns and reassured you that the Liberal Democrats are doing all we can to eradicate this awful practice around the world. If you have any further questions, or if I can be of any additional assistance on this or any other matter where members of parliament have responsibility, please do not hesitate to contact me again.

15 thoughts on “The Lib-Dems Man the Barricades Against FGM”