I posted last week about Mwafaq Aljabbary, a.k.a. Mwafaq Mohammed, who is running for a state senate seat in Tennessee. Below is the latest newsletter from the Tennessee Council for Political Justice with more on Mr. Aljabbary/Mohammed.

Mwafaq Aljabbary, aka Mwafaq Mohammed, is running for Tennessee Senate District 21 in Davidson County (Nashville), the seat previously held by Democrat Douglas Henry for over 40 years.

Aljabbary aka Mohammed says that:

“My ethnicity is Kurd and I am an immigrant. The population demography of Nashville is changing and this trend will continue for years to come. More and more immigrants and minorities are selecting Nashville as their home. We chose to live in America for a reason and that is the Freedom and principals America represents.

It is not impossible to win this race. With your help and support we can have our voice in the government.”

Who do you think Aljabbary aka Mohammed is talking about when he says “we chose to live in America” and “we can have our voice in the government?” 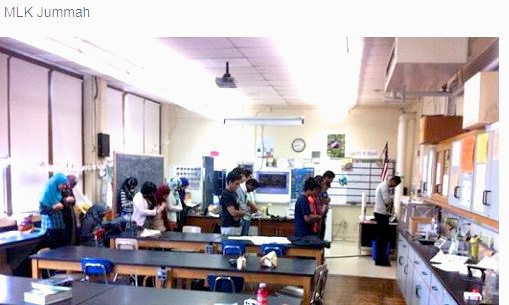 This is the Muslim Student Association (MSA) at MLK Academic Magnet School. This MSA was organized by the Muslim Youth Network of TN (MYNT) after being trained last summer (and this video) in political activism by CAIR director Dawud Walid and Muslim American Center for Outreach (ACO) Director, Remziya Suleyman. Suleyman is a member of the Kurdish mosque where Aljabbary aka Mohammed served as the president in 2010.

Young Tennessee Muslims are being shaped to remain separate and apart from their peers. They are told that the only reason to interact with non-Muslim “friends” is to fulfill their religious duty of dawa (proselytizing Islam). They are filled with supremacist messages about the dhimmi status of non-Muslims in Islamic states.

High school MSAs in other states report their success with their dawa and conversion of non-Muslims:

“Many students are signed out by parents to attend Jumu’ah at nearby Prince George’s County Muslim Association (PGMA) or Dar-us-Salaam.

The students who get left behind are the ones who embrace Islam in high school unknown to their parents, many who are devout followers of other faiths.’ A brother who was a taxi driver used to come and pick the convert brothers and take them to Friday prayer, but then the principal found out and she was very upset,’ says Hayat. (emphasis added)

At the last MSA meeting at Parkdale High, there were at least three students who raised their hand when asked if they were the only Muslims in their families. Some of these students are as young as 14.”

Jummah at the Nashville school is the Muslim Friday prayer. These students are praying in accordance with Sharia law.

Who wants more of Aljabbary aka Mohammed’s change?

2 thoughts on “Jummah at a Magnet School in Nashville”