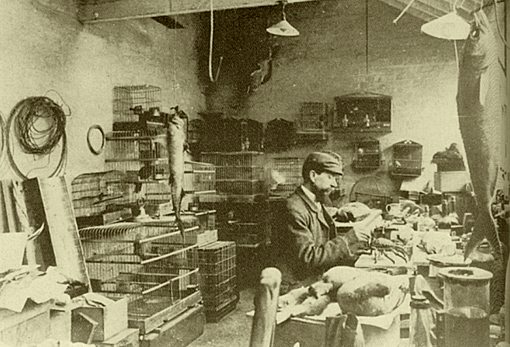 Well, it’s that time again. Actually, it’s one month past the time — as Dymphna pointed out back in May, we couldn’t hold our spring fundraiser on schedule, because the workload after my trip to Orlando was so heavy that a week of fundraising would have been too grueling to contemplate. So we postponed the event until the solstice, and skipped straight from winter to summer.

Imamgate has been a lot of work, too (see last night’s post), but we couldn’t put the moment off any longer. Niggling little things like electric bills and real estate taxes and groceries keep popping up, reminding us of our onerous duty. So here we are again — albeit a month late — dutifully dunning our faithful readers for yet another round.

Dymphna has not been well lately, especially for the last two days, so it’s touch-and-go whether she’ll be down here in the sawdust contributing her own posts to this week’s effort. She’s been able to get in a few licks posting comments here and there, but there are some days when it’s all she can do to drag herself out of bed. In fact, unless she wakes up pain-free and without a fever in the morning (later this morning, that is), she and I may be spending some time down at the doctor’s office.

In other words: this week may be somewhat light on posting. Nevertheless, it is fundraising week, and we will soldier on.

Dymphna and I have been discussing this week’s fundraiser for the past few days. During the course of our conversations, it occurred to me that Gates of Vienna has become a sort of institution. We’ve been at this now for almost ten years, and for the last eight of those it has been my principal occupation. What started out as a way to help Dymphna overcome her grief about her daughter’s death has evolved into something else entirely.

Sometime in the past six or seven years, without our noticing it, Gates of Vienna morphed into an enterprise much larger than either of us. It has become a source of information that people rely on, especially concerning subjects that are considered taboo and untouchable on many other websites (that is, subjects that tend to elicit the Screaming Nazi Heeber-Jeebers, but that’s a topic for another post).

It’s not just that Vlad Tepes, Henrik Ræder Clausen, and Elisabeth Sabaditsch-Wolff have taken on a much larger roles in the routine running of this website, but that so many others have contributed their skills, knowledge, and expertise to what we do. Dozens of people now supply information, do translations, and write articles for us. It’s reached the point that communication and editing have become at least 75% of what I do every day.

The “Imamgate” scandal is a case in point. Early this month I noticed the news story announcing in advance the interfaith event at the Vatican, so I was watching for more information. But I didn’t need to — Rembrandt Clancy and Vlad both kept me well informed. The process eventually involved a number of sites and people:

And we’re not done with Imamgate yet — stay tuned.

My point is this: Gates of Vienna has become far more than just Dymphna and me. It is now a collectively run institution, and we are simply its curators. It’s our job to collect artifacts and organize new exhibits. We take care that the lights stay on, keep the floors waxed, and see that the glass cases get polished. We open the doors every morning and keep an eye on the visitors, making sure that no lunatic with a sledgehammer can wreak havoc among the mummy cases.

Even if I didn’t enjoy what I do here, the maintenance of this site has become a moral obligation. It is not a job that I would willingly abandon. The work is difficult and exhausting, and it’s not how I planned to spend my sunset years, but it has meaning. And the rewards are great. They will not come until after I shuffle off this mortal coil, but I can sense their presence out there, in the distant future.

This little corner of the Web is has become a sort of counter-PC/MC institution. People have come to rely on what we do in order to keep themselves informed — and we rely on the generosity of our readers to keep the whole edifice intact.

As I reported at the time, we had an exceptionally good Winter fundraising week back in February. However, unlike most quarterly periods, donations didn’t come in as frequently after the blitzkrieg week was over. Not counting the subscriptions (for which we are enormously grateful), the flow slowed down to a trickle for the ensuing three and a half months.

But that’s only part of what is furrowing our brows here at Schloss Bodissey this summer. Several other factors, not all of them related to blogging, are interfering with our ability to stay afloat.

Here’s the way it works: we have a few thousand regular readers — not daily visitors, but people who return with predictable regularity. Of those, a small number decide to donate a modest amount to the blog. There are enough of those gifts to cover the cost of hosting this site and pay for technical help, etc. And there is enough extra that Dymphna and I can almost cover our routine living expenses. Almost, but not quite: there is a very slow attrition of our savings, of what was supposed to cover my — heh! — retirement.

If we hit an unexpected misfortune, that sluggish attrition tends to accelerate alarmingly. That’s where we are now, and why we’ve reached this moment of decision.

We started quarterly fundraising here six years ago as an alternative to taking on advertising, after Pajamas Media gave us the boot and we lost their ad revenue. Now we’ve reached a point where we are forced to consider hosting advertisements again.

Before we take that momentous step, we’d like to hear from our readers. Those of you who hate ads on websites (and I am one such person) may say, “Baron, I want to keep Gates of Vienna ad-free! And here’s a couple of large to make that possible!”

Others may say, “Nah. Who cares? Bring on the ads! Let H&R Block and the Manama Pussycat Escort Service pay Gates of Vienna’s operating expenses!”

Just let us know. Things can either continue as they have been since April 2008, or we can have flashing, winking, gyrating banners and skyscrapers here (shudder).

Before I sign off for the night, before dawn obtrudes its surly glimmer over the eastern treetops, I’d like to give credit where credit is due. I can no longer list all the people who make this blog possible — their numbers are too large, and my memory is too decayed — but I’d like to recognize some of the principal players.

I know I’ve left some people out, and I apologize for that. My brain is just too sclerotic to remember them all.

One last thing: Vlad Tepes is the Video Man. His contribution to this institution is crucial, and for that reason, we will tithe to him from what we receive, as we always do. He actually deserves more than that, of course, so if you approve of what Vlad is doing, please drop by his place and hit his own donate button.

One thought on “Curators”