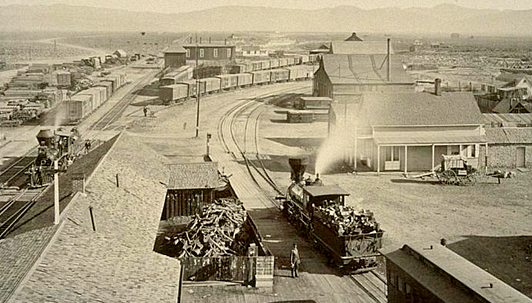 This fundraiser began with my part being to examine the crossroads we’ve come to, whilst the Baron chose to explain his curator role as the webmaster and coordinator of others’ work. Including mine.

As you know if you’ve been following these money-raising posts, I’ve spent my time on stage (when I wasn’t distracted down other paths) fretting about our finances, which have become rather anemic over time. There is no way I’m ever going to be able to work again. The Baron could get a job locally, but I’d rather he stay chained to his Gates of Vienna desk if at all possible. After ten years’ work, I don’t want to see this endeavor fail just because of a lack of funding.

We aren’t wealthy. A house, a little savings, and our passion to conserve what is good about this country, to delineate what is worth saving here and in Europe. A small host of donors who have faithfully seen us through these lean years and given us a cushion from quarter to quarter.

The Baron’s brain is formidable. One of those rare ones that is equally at home in Math and the Sciences as it is in painting pictures or writing poetry. He’s never been adept at making money, though he certainly never set out to be poor. He just never planned to be rich or secure… it’s not in his character. What a fortunate thing it is he has no vices since he couldn’t begin to indulge them.

What he has always contemplated was how to find ways to accomplish his passion — in his case, in the prime of his life, it was painting. That path closed at the same time it was necessary to send his son to college and voilà, serendipity gave him the opportunity in the form a good friend’s offer of a job. When the door to full-time work closed, we both decided to stay with what we had “accidentally” founded: Gates of Vienna. While we worked toward a more firmly established Counterjihad, we hoped economic times would improve the Baron’s chances of working at least part time in his professional field in order to prop open those Gates. For a long time, those odd jobs did keep coming and, to me, that was an indication we were on the right track. But now those small contracts are also gone as companies cut back to the bone, trying to survive themselves.

Thus this crossroads, which during the course of our current fundraiser has morphed into a fork in the road (or the railroad, considering the image the Baron found for this post). In other words, we’re going to keep on keeping on as long as we can.

Wiser people would probably hang it up, but I know the Baron — as long as he draws breath he will be passionately pushing back against the dissolution and disappearance of Western culture. He also has a son he’s taught well, a grown man now who has also drawn deeply from those same traditions and principles and works in his own way to keep that candle burning.

We all think and believe it’s worth the candle, passionately so. With the Baron’s more deeply grounded knowledge, he leads and we follow. Though in some areas he defers to me — not often! Sometimes I think it can be a burden to know so much about our history since one also is forced to carry a painful awareness of what will disappear without vigilance. If it were simply one age replacing another? Well, that’s merely the flow of life. Bittersweet, but necessary to make way for the next generation.

But that’s not the case now. Between the Islamic love of supremacy and death, combined with their hatred of joy, and the Marxists’ compulsion to diminish individual freedoms in the name of some harshly regimented utopian statelessness, we lovers of all that is Western culture are fighting a rearguard action. But fight we will, not only for life — that ends eventually for us all — but for the preservation of generation upon generation of accumulated knowledge, and especially the freedom to continue to seek that triumvirate of Truth, Goodness and Beauty. There can be no more important task at the moment. At least not for us.

For a long time now it has seemed quite certain to me that this work in the Counterjihad is the Baron’s calling in the same way his painting once was. It takes immense energy to keep all this going, both the parlor of the website and the back room where they plan and strategize for pushback. Yes, their strategies are small but like his own body of paintings, those acts add up over time.

Not for nothing is the Baron’s totem animal the turtle.

When he was a full-time artist, sometimes finishing a canvas a day, that period of his life had the same resonance — i.e., that it was something he was called to do. He had a gift for conveying the resonance of the ordinary, making it something you wanted to observe too. As more than one person said, living with his work changes one’s perceptions. Someday I think those twenty-five years’ worth of work will be on display in some kind of grand retrospective. But that kind of attention won’t happen in his lifetime. Eventually excellent work is becomes “discovered”, especially if it’s a large oeuvre like his; perhaps five hundred paintings? I forget now.

But he’s since moved on, it simply doesn’t matter to him. If another generation unearths those works, collects them, then they can judge it. He excels at letting work go, knowing there is always more from the same source. For now and until he can’t do it anymore, he will continue to work toward preserving and protecting the Good in another path. This one.

Me? I’m the one who frets about our conservation. I also need more than he does in the way of worldly goods. Not much, but a little.

So after much contemplation, I’ve decided to take several people’s advice regarding ads. In doing that, here are my concerns:

In that vein, I have been corresponding with a long-time and very generous donor in Texas. So generous that one time out of the blue he sent us a new desk top computer for the Baron’s use when his eyes first went bad. That’s the computer I’m using right now. It’s my favorite, but I can’t stay here long — always have to stretch out my legs to avoid fatigue so I have to bag things up and return to the notebook I can put on my lap and stretch out to avoid cramping.

Yeah, I’m prepared to relinquish this when the time comes. But meanwhile…

I’ve had a brief exchange with Texas about the ad situation. My friend told me that one of the bigger bloggers we both like said that his ads from Amazon provide a “non-trivial” amount of extra income. I love that phrase, “non-trivial”. All three of us are Amazon fans, and our donor claims he’s not saying that just because he owns Amazon stock. (Funny, back when the Baron made good money, I seriously considered doing that very thing. Now I just buy what they stock instead.)

Our donor urged me to carry the fight forward via Amazon books on Islam and named some of his favorites. We have some of those up already but I can do others and also change things around for variety. Maybe some of the more obscure books that deserve a wider audience, or ones we’ve already had up and needed to remove to make room for others. Yes, it is akin to moving the furniture around.

In addition, I’m going to feature non-book items, one at a time (remember this is about avoiding extra work for the Baron). In addition to being a writer, an Israelophile, an Irish witch, and a former mother (it’s not the same once they leave home and find a mate — nor should it be), I am also a cook and housewife. I like gadgets and want to share the more helpful ones I come across.

Of late I’ve had occasion to visit websites I like but don’t get to as often as I did; I have to conserve my energy. Since we have a large variety of sites on our blogroll, I can play leapfrog by starting in one place and then use their blogroll to visit someone not on ours. Sometimes I simply quit because of the distractions. It used to be that only the big commercial sites had interfering ads but now they’re almost everywhere. Things beep and move. Videos auto-start, selling me insurance. Little green lines under words will pop up pictures if I bump into them.

As y’all know, I have fibromyalgia. Might as well call it FumbleFingers since I’ve become quite unabled — unable to stop that video before it sets off my startle reflex. Unable to avoid those little green underlines, always setting these things off and ending up at an advert page I have no wish to see, then trying to find the back button or the mute. ARRGH. There are places I won’t revisit anymore, even with their breaking news. They break my last nerve ending.

So there you have it. Times have been hard, but we have new subscribers. Those always hearten me.

Bless all of you who have given, and a nudge to those who’ve been “meaning to send something” but haven’t gotten around to it yet. Please put your good intention into action. It would do wonders for us both, but especially for the real worker around here.

5 thoughts on “A Fork in the Road”